It was David Bowie who set the ball rolling when it came to removal of gender stereotypes. He has literally been every kind of gender and race and he was a huge inspiration for the LGBT community. The unashamed display of cross-dressing that is considered bold even in today’s society meant nothing to David Bowie back in the ‘70s. Bowie was on the cover of The Man who sold the World Magazine wearing a dress. He did not speak, he acted and his actions sparked reactions. That did not stop Bowie, he repeated the stunt on Top of the Pops and continued on his path. Here are some celebrities who took cue from David Bowie –

She definitely looks like she is challenging the norm. She doesn’t choose to be defined in a certain way, she goes all out. She is trying to make an obvious statement about the definition of female, male etc. She was first the sweetheart of every teenage girl, a role model in the character of Hannah Montana. Hannah Montana however was a fictional character and Miley Cyrus is a real person. She is definitely a rock star now in her own right and doesn’t need the Hannah Montana label to define her success.

Ruby Rose has been rightfully praised for including fluidity of gender in her speech at the EMA. She addressed the audience as Ladies, Gentlemen and everyone in between. For the first time, ‘the in between’ was addressed and acknowledge. You don’t have to feel stranded and ignored in order to feel comfortable in your own skin was a message that was clearly passed without saying a word. Ruby Rose has been challenging Gender Stereotypes and Gender identities very openly. She identifies herself as a lesbian and says that she would prefer to be referred to as she or her but she definitely doesn’t want to be more of a man or more of a woman. She is who she is.

Jaden Smith has been known to embrace gender fluidity quite often. Recently, he sported a black skirt and flowers in his hair. He has often worn skirts, dresses and has been picking up items of the women’s section in the Louis Vuitton over the last few months. That is indeed three cheers for Smith! A large number of people are looking up to Smith for breaking Gender Stereotypes. He has been sporting the trendiest of outfits of late. He has worn nail paint, skirt and not to forget, the forecast of his perfectly toned abs. Thus, he clearly passes on the message that there is no feminine or masculine and anyone can be anything. 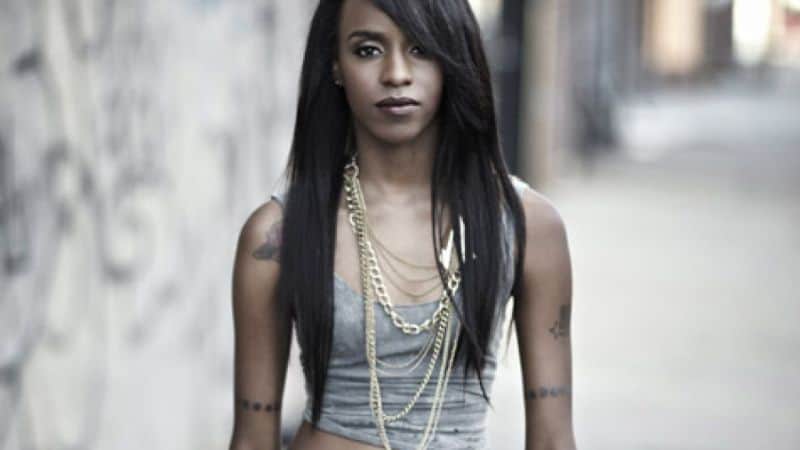 Angel Haze is a rapper who gives performances with the A-list celebs because she is one herself. However, her embracement of gender fluidity sets her apart and one above the rest of them. She often gives her designers a tough time fitting into couture after another. Finally, Haze wanted to do away with the feminine bodices and wear something more comfortable. She didn’t want to be conventionally beautiful. She wasn’t comfortable. She finally confessed to her team that she felt extremely uncomfortable in those clothes and wanted to identify herself as a-gender i.e. someone who is of no gender. The team was fine with it and accepted her (or rather, their) decision with a smile.

With Caitlyn Jenner embracing femininity through transition, the spectrum for gender fluidity is slowly increasing. Tyler Ford explores fashion for those who are neither man, nor woman. He defies stereotypes and identifies himself as a-gender. He is definitely exploring publically and asking people to embrace individuality which the society conveniently chooses to ignore. This can be damaging for those who do not fit the norm of the society as they may not feel comfortable in their own skin. He writes inherently about the life of a-gender individual and often guides readers around these. He says that he is open to inquiry after all until the world doesn’t know, the world will not accept. However, he is not ok with being labelled.