<![CDATA[Some mysteries remain unsolved for centuries no matter how hard we try to unravel them. Here are 5 such mysteries that will leave you baffled for sure. These are in fact some of the most mysterious places on earth. And no one has been able to decipher their secret till date.

Located in Arizona, USA, the Superstition Mountains are shrouded in a lot of mysteries, thanks to the stories that do the rounds. One story pertains to a supposed gold mine that is present inside the mountains. Many an individual has lost his life in the search for this gold mine. And rumor has it that the mountains are haunted by the spirits of all these individuals. Another story goes that mountain has bountiful treasures that are guarded by small creatures like Tuar Tums. Yet another story goes that the mountain houses the gateway to hell. Whatever be the case, the unexplained mystery that surrounds the disappearances in these mountains has baffled everyone for centuries.

Located in Antartica, the blood falls is truly a sight to behold. The snow-white background of the Taylor Glacier that is stained by a blood red waterfall is an arresting sight indeed. For many years, no one knew what made the waterfall turn a bright red color. Among the many other theories floating around, one points out a subterranean lake filled with sulfur and iron that contribute to the water’s blood red color. 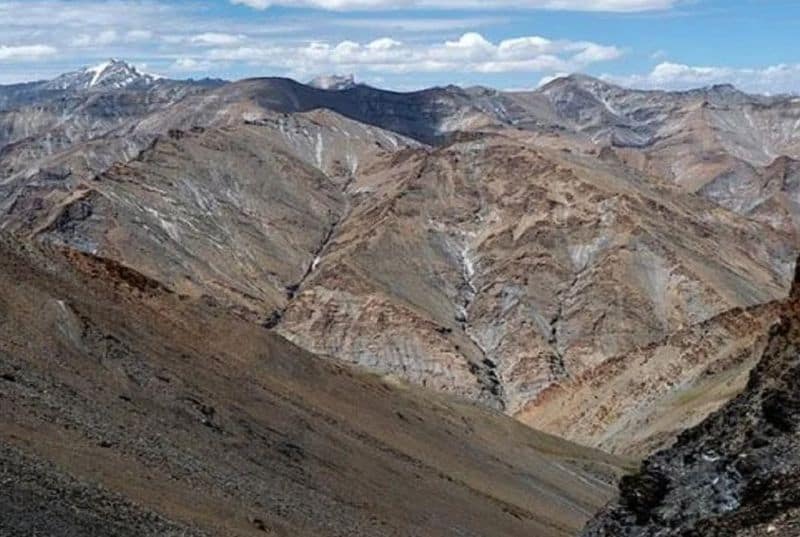 Located on the Indo-Chinese border, the Kongka La Pass is shrouded in mysteries involving UFOs and aliens. Reports of spotting funny lights, aircrafts and even underground UFO bases are common from both sides of the border. With entry being restricted for locals and tourists, the mystery surrounding this area only deepens further.

Located in Utah, USA, the 480-acre Bigelow Ranch is home to several unexplained mysteries, including animal mutilations and UFO sightings. Some of the more bizarre occurrences include a wolf that did not get wounded even after being shot at, intelligent floating orbs that incinerate anything in their path, inexplicable cryptids, sightings of UFOs and the sudden, inexplicable mutilations of seemingly healthy animals on the ranch.

Lake Anjikuni was the sight of the mass disappearance of an entire village in the late 30s. The village was known to house over 2000 inhabitants, all of whom just disappeared one November night. There was no trace of where they had gone or what had happened to them. More bothering was the fact that they had left all their food, clothes and rifles behind. Further investigations also revealed that several graves in the woods surrounding the village had been opened and emptied (apparently now by animals). Many locals reported seeing strange lights in the sky above the village around the time of the disappearance. So many people attribute the disappearance to UFOs or ghosts. What really happened though, no one knows to this day.

Some places on earth completely defy logic. Why they are that way is something no one would ever know. However, one thing for sure is that the mystery surrounding these places will remain unexplained, probably for eternity.