The National Health Insurance Company – Daman is onboard as the event’s presenter for the fourth year running.

Sheikh Tahnoon urged the people of the UAE, especially the youth and children to take charge of their lifestyle and stand together against diabetes.

According to Dr Maha Taysir Barakat OBE, Medical & Research Director and Consultant Endocrinologist at Imperial College London Diabetes Centre (ICLDC), a brisk 30-minutes walk each day is proven to be effective in the management and even prevention, of diabetes.

“Walk UAE has shown that it has the ability to draw public attention to the importance of regular exercise as part of a healthy lifestyle agenda that is good for all the family,” Dr Maha concluded.

In recent years diabetes has reached epidemic levels worldwide, with children as young as seven years of age developing diabetes. Since 2007, ICLDC’s ‘Diabetes. Knowledge. Action’ campaign has reached out to more than 90,000 people in UAE.

In recent years diabetes has reached epidemic levels worldwide, with children as young as seven years of age developing diabetes. Since 2007, ICLDC’s ‘Diabetes. Knowledge. Action’ campaign has reached out to more than 90,000 people in UAE with the diabetes prevention messages.

His Highness Sheikh Tahnoon bin Saeed bin Saif Al Nahyan (left), with ICLDC’s chairman Suhail Al Ansari (right) led more than 15,000 walkers in the fourth year, Walk UAE. The walkathon at YAS Marina Circuit has proven to be an excellent platform for raising awareness on how to achieve a healthy lifestyle, through exercise.

Diabetes prevalence rate in the UAE is the second highest in the world. A crowd of 15,000 members of the UAE community made a commitment to active lifestyle and supported Walk UAE 2010, the largest diabetes awareness event in UAE at the capital’s Yas Marina Circuit, on Friday 26 November 2010.

More than 15, 000 people walked five kilometres of Abu Dhabi’s YAS Marina Circuit to spread the message that ‘Diabetes is preventable through early detection and a healthy lifestyle’ at Walk UAE 2010.

More than 15,000 participants supported Walk UAE 2010 at YAS Marina Circuit on November 26 2010. Edutainment, community drumming and live music made sure that the event appealed to all the family.

Walk UAE 2010, is a part of ICLDC’s award-winning public health awareness campaign held under the patronage of Her Highness Sheikha Fatima bint Mubarak. Brisk exercise, including walking or other fun activities, such as boxing for 30-minutes each day is proven to be effective in diabetes prevention.

The corporate community joined 15,000 walkers and gave the nation a crucial message – exercise – especially walking – is a great way to maintain or achieve a healthy weight and minimise risks of obesity and diabetes. According to ICLDC’s Dr Maha Taysir Barakat OBE we all need to take at least 30 minutes of moderate physical activity most days of the week.

The community turned out in droves for Walk UAE 2010, including His Excellency the Swiss Ambassador to the UAE, Wolfgang Amadeus Bruelhart, seen pictured with other walkers.

Pharmaceutical company to get $25 million for haematology and oncology development 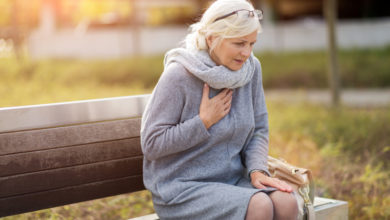 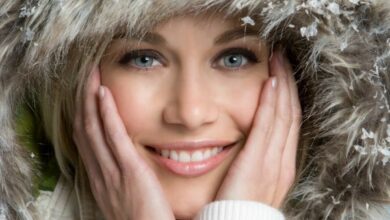