A post-menopausal Woman, eating red meat may be at an increased risk of breast cancer, a new study by the scientists at the University of Leeds suggests after monitoring about 35,000 women for more than seven years.

After this 7-year long study, scientists concluded that older women who ate about 57 grams or red meat daily, had 56% increased risk of breast cancer, while women eating most processed meat had 64% greater risk of breast cancer than the women who neither included red meat nor processed meat in their diet. Interestingly, this study is not the first to come up with such findings as previous studies have also proved that red meat consumption increases susceptibility breast cancer. Here is a glimpse of such previous studies:

Breast Cancer Tied to Too Much Red Meat in Study

Actually, meat contains high level of saturated fats, which leads to increased level of cholesterol. And cholesterol is precursor to oestrogen that has been linked to increased susceptibility to breast cancer.

However, these experts are not fully convinced with this finding as a person’s diet contains several other products too, which makes it difficult to pin down the effect of specific parts of the diet on cancer risk. Hovering over the same confusion Dr. Alexis Willett says:

Because we eat a variety of foods, it is difficult to separate out the specific effect of red meat on breast cancer risk.

After knowing the confusion, prevailing about this study, it seems that it may take some more time for the researchers to come up conclusive and more precise. However, this fact can also not be spurned away (if not talk about breast cancer) that previous studies have linked it with other health risks too, like:

This shows that there are many other side effects of eating red meat excessively, which we can’t keep a blind eye to. Therefore, it would be right to say that person crazy about red meat, should at least restrict his or her consumption of red meat, as the following words of Lead researcher Professor Janet Cade reveals:

My advice to women who are consuming relatively high amounts of red and processed meat on a daily basis is to consider reducing their intake.

Regular medicine use may result in good health

Employ a 'Cheat Day' in Your Diet, Once a Week! 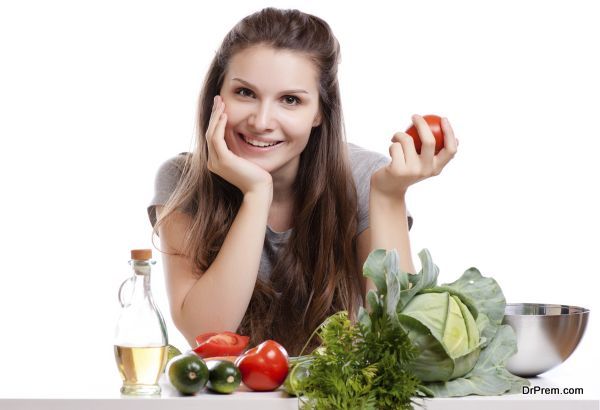 All that you wanted to know about the raw food diet

Can sex with your wife kill you?