Some food supplements, such as for vitamin C, have the property to prevent the occurrence of cancer. But, beta carotene supplements can cause cancer, especially lymphoma and lung cancer in smokers. Also, a victim of cancer in an acute stage will experience aggravation of the symptoms and this might even get diffused to other regions that surround the cancerous organ. This is the carcinogenic fueling effect of certain food supplements such as beta carotenes, vitamin E, phosphorous supplements, etc. A study says that 4% of all cancer patients have acquired the disease through consumption of food supplements without proper physician consultation. Thus, it is indicated that any food supplement must be taken in the organic form and only in dosages based on the physician’s recommendation.

Cardio disorders are bound to occur if the food supplements are taken along with tablets taken to control blood pressure. For example, if vitamin E supplement is taken along with the tablet taken for regulating blood pressure on a routine basis, it may lead to heart attack. Also, in cases of patients who have already witnessed a heart attack, it may lead to a second attack. The reason being that vitamin E has antioxidant properties and releases free radicals, if this happens in an uncontrolled amount, it leads to negative effect on the blood circulation to the heart and, thus, a cardiac arrest. Also, calcium has a similar effect of interference with heart medicine digoxin.

An overdosage of vitamin A can cause liver related disorders such as nausea, vomiting and subsequent liver damage. Also, protein supplements, when taken in excess can cause liver damage. Any synthetic vitamins taken will lead to damage of the membranes in the liver wall and this might lessen the capacity of fat digestion by the liver and, in turn, result in liver related diseases such as jaundice.

Some protein and vitamin supplements have a property to cause pulmonary disorders such as difficulty in breathing, nausea, headaches due to less supply of oxygen to the lungs, sinusitis, etc. This is because of the fact that the amino acids, when taken in excess, make the respiratory system intolerant to them and cause related disorders. Also, some people tend to become allergic to these supplements which results in sneezing and cough. Some vitamin supplements when taken in excess amounts can cause cold and flu, especially vitamin C.

Protein supplements when taken in excess can cause improper digestion because these are not easily ingested by the system and result in formation of flatus (gas), vomiting, weight gain, improper excretory mechanism and related problems. Some fat-soluble vitamin supplements also can cause release of toxins which can harm the digestive system, especially the walls of the stomach.

Food supplements, especially for vitamin B6 and B12, when taken in excess might cause body pains, inflamed joints, etc. Calcium supplements might cause problems such as arthritis, spondilitis, weakness of bones and muscles, and so on. To prevent these disorders, it is better to maintain a diet high in proteins and eat natural and organic sources of proteins to build muscle tone and strengthen the bones. Good calcium sources include milk, banana and other vegetables and fruits.

Food supplements taken when undergoing dialysis and having problems in the excretory system, might land you with harmful effects such as improper filtration and urination, kidney stones, constipation, and so on. Vitamins taken along with drugs such as latix can cause severe excretory problems, even sometimes causing cancer. It is always better to avoid synthetic supplements especially to take care of the excretory system.

Neurological disorders may be caused through intake of food supplements such as vitamins, zinc, calcium, magnesium, phosphorous, resulting in neuro-related illness such as poor functioning of nerves, loss of memory power, numbness of limbs due to weak nerves, headaches, sometimes leading to illnesses such as Parkinson’s disease and Alzeimer’s disease. Also, the eye nerves become weak and vision related disorders might occur, especially due to intake of high amounts of vitamin A supplements in the synthetic form.

Birth control pills when taken along with food supplements, such as calcium and zinc, might result in infertility in women. A recent research says that the intake of high amounts of food supplements containing creatinine has caused Poly Cystic Ovarian Disease (PCOD) among almost 68.2% of young females, and 23% of females in the menopause stage. Intake of protein supplements by men for body building has also been a reason for infertility and also sometimes this deteriorates the production of sperms. Any protein supplements must be taken in organic form to prevent such reproductive disorders.

Multivitamin supplements that are taken along with pills for pregnancy, if taken in excess amounts, might cause problems such as diabetes during pregnancy, edema of the hands and feet, improper growth of the baby, sometimes they might cause abortion in the initial stages. A recent study has proved that an excess intake of vitamin A during pregnancy has resulted in loss of vision in the new born baby. So, great care must be taken to prevent these disorders.

Calcium supplements sometimes are prescribed at the stage of menopause for women. There is a thought that women gain strength for the bones when they consume calcium and often tend to consume more. This leads to problems such as arthritis, weakening of bones, weight gain, fractures even if there is a small injury, and so on. So, care must be taken to avoid this particular disorder.

Intake of vitamin supplements in excess can cause psychological disorders such as mood swings, sleeplessness (insomnia), headaches, due to which stress levels increase and the person tends to keep shouting at the people surrounding him/her. Sometimes, zinc supplements when taken in excess can result in loss of memory power and even poor thinking. A recent study has revealed that the IQ levels decreased by 11%-12% when zinc and phosphorous supplements were taken in excess. Also, when certain supplements are taken for many years, the person tends to get psychologically addicted to the same and is not able to thrive without the intake of the supplement. To avoid this, a routine assessment of the levels of minerals in the blood will help to gain an understanding before the intake. Also, an organic or natural form of the supplement in vegetables and fruits will not cause such a dependency and even it is there, it doesn’t cause any side effects as with the synthetic supplements.

Vitamin K can interfere with blood thinners like coumadin. So, when such vitamin K supplements are taken along with the prescribed drugs, blood circulation is affected. Also, calcium supplement
s when taken in excess might cause blood related problems such as disruption of blood flow in the blood vessels and this might result in problems such as dysmenorrhoea in females. Sometimes, it might even cause excess bleeding during menstruation depending on the strength of the uterus and the amounts of calcium intake.

In case of men, excess calcium may cause bleeding in the nose and also, more frequently, a heart attack due to disruption in the flow of blood through the blood vessels in the heart. Special attention has to be given to all the food supplements that are taken along with the diet, especially when any drugs that are prescribed for any other illness are also being taken. When any blood related disorders tend to occur, excessive use of supplements might even cause hemorrhages. Any food supplement must be in the natural or organic form so that it does not cause any side effects.

how many calories strawberries contain?

How many calories are in one zucchini? 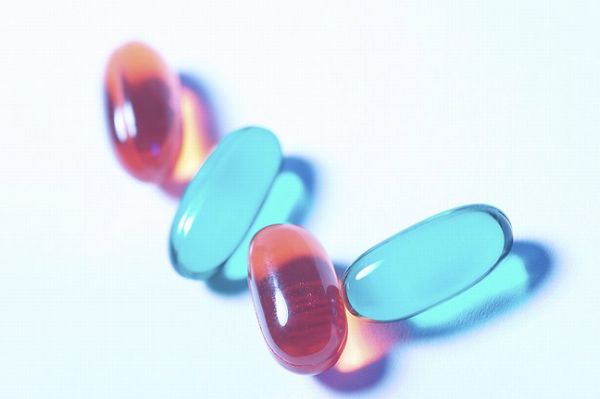 How not to choose fat burning supplements

Can someone share some advice tips on how to lose weight fast?