Yet another proof to assert the phenomena of global warming! A group of fisheries ecologists and historians have sketched out the history of marine life in the northern European seas from the study of archaeological material, tax accounts, church registers and account books of monasteries. In order to understand the impact of global warming on the marine life in Danish waters, scientists have studied the fish fauna, which includes 108,000 fish bones, pertaining to that area during one of the warmest prehistoric periods known as the warm Atlantic period (7000-3900 BC). It was discovered that there were bones belonging to warm water species, such as anchovy and black sea bream, which usually thrives in the waters of Bay of Biscay and the Mediterranean Sea. But with the onset of cooler temperatures, these species disappeared from that particular area.
However these same warm-water species have resurfaced in waters around Denmark in the last 10-15 years thanks to the rise in temperatures since the late 1980s to the early 1990s. This is a very important indicator determining the predominance of a certain species as a result of climatic changes. What seems rather contradictory is the decline of cod when thousands of cod bones were also found stating their abundance during that period. Researchers believe that the decline is due to the increase in fishing now-a-days, and to maintain the cod populations the fish mortality has to be lowered. That means, no Codfish Balls, Poached Cod Platter, Boiled Cod with Mustard Sauce, etc. 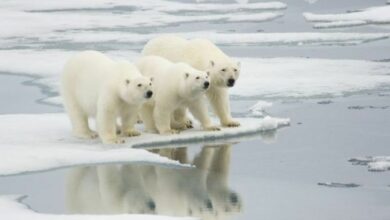 Aquaflow and Solray’s joint venture to convert algae into biofuel