Researchers in Kenya and the United Kingdom have found a new species of the spitting cobra that is also reported to be the largest to be discovered yet. This new species chiefly resides in Uganda, Ethiopia and north and east Kenya. The newfound cobra species can supposedly deliver more poison with a single bite than any other cobras that have yet been discovered. This cobra has a maximum length of over 9 feet (274 centimetres), and is named Ashe’s spitting cobra, or, large brown spitting cobra (Naja Ashei).

Ashe’s cobra is far easier to handle than other types of the black-necked spitting cobra, and displays much lower alertness. They are also the largest species of spitting cobra yet discovered. News of the new cobra variety was first publicized in Zootaxa, the animal taxonomy magazine, earlier this year. The findings, unearthed by researchers at the Biodiversity Foundation for Africa in Bulawayo, Zimbabwe and the University of Wales, gained greater publicity after being announced through the charitable organization, WildlifeDirect.

Bio-Ken snake farm‘s director Royjan Taylor stated that no herpetologist has been able to challenge the new findings yet. This surely adds to the authenticity of the merit of this new snake-variety to deserve a species of its own. Ashe’s spitting cobra, reportedly an aggressive creature, had been identified earlier as a brown-coloured variant of the black-necked spitting cobra. However, blood and tissue analyses have justified the long-drawn claims of researchers that this reptile merited its own species; hence, a new species name has been provided.

Ashe’s spitting cobra has been named after James ‘Jimmy’ Ashe, the eminent herpetologist and the founder of the Bio-Ken snake farm and research center at Watamau, Kenya, which, incidentally, is also the place where this snake is most commonly viewed. James Ashe’s institute, Bio-Ken, collects snakes’ venom and sends it for the development of antivenin in laboratories.

This species of cobra also has a much healthier appetite than other species. Royjan Taylor says,

There’s a butcher here in Watamu who gives us chicken heads, and [the Ashe’s cobra will] eat five or six chicken heads at once. That’s very unlikely for the spitting cobra group.

The discovery of this new species is of utmost significance to residents along Kenya’s Indian Ocean coast, who run a high-risk of being bitten by the new cobra. In such a scenario, the discovery that this cobra emits double the amount of venom compared to other cobras show that, patients from this region were previously being given half the required dosage of antivenin. The chemical constitution of the new cobra’s venom might also help in further developments in antivenin.

David Warrell, herpetologist at the University of Oxford, laments the lack of extensive studies on new species of cobra and comments:

Degradation of natural resources and planet mismanagement is the root cause for many unknown animal species’ disappearance, feels Royjan Taylor. While expressing hope that the discovery of Ashe’s spitting cobra will draw forth greater funds for research, Taylor also stated that he would like to find the role of its venom in antivenin production.

A new species of giant spitting cobra is exciting and reinforces the obvious. There have to be many other unreported species-but hundreds are being lost as their habitats disappear under the continued mismanagement of our planet 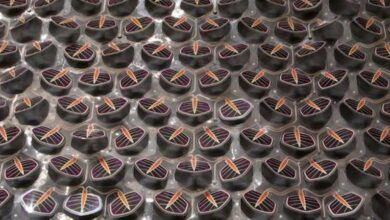