A recent study has shown that majority of the people being hospitalized now days for mental disorders are from homeless. As per the report published by Canadian Institute for Health Information (CIHI) on August 30 last, 52 percent of homeless patients had been hospitalized in 2005-06 mainly for mental illness. There could be several reasons for such phenomenon.

But, the agony for shelter and joblessness are considered as most effective to make them mentally ill. Dr. Jennifer Zelmer, vice-president of research and analysis at CIHI, also does agree that the people without any fixed shelter are “more likely to suffer from a mental illness or compromised mental health than the general population”. Schizophrenia, a type of mental disorder that caused mainly due to high stress coupled with substance abusive, is widely being reported now days amongst the mentally ill homeless people.

Indeed, homeless are continuously being exposed to higher stress leading to losing their mental soundness and self-worthiness. An immediate measure needs to be formulated to tackle the issue on war footing; else, society as a whole may suffer greatly from the sociological imbalances that may erupt out of these homeless people prone to acquire mental health diseases. Regular counseling and increasing morale confidence are the two great steps, which may render bit improvement on the situation. Owing to the weak mental health, these people do easily become reasons for environmental nuisance out of their alcoholic and drug addictions. Ignoring the issue at this stage may yield catastrophic boomerang for the mentally sound well secured cultured civilization in near future.

It is not only the CIHI, but other organizations have also come out with similar shocking statistics. The only positive outcome of all these studies and observations is that the responsible people became more sensitive to the issue resulting into increasing involvement of the social service organizations to deal with the homeless. To counter the problem, according to Dr. Ricardo Lobato de Faria of Winnipeg Regional Health Authority, “most of the patients need interventions with social workers, psychologists, psychiatrists”.

Homeless people are always subjected to social trauma that forces them to develop mental turmoil. With lack of motivational factors and careless attitude by the society, these people do not find any way to stay out of depression, the study said. Alcohol and drug caught them easily, which ultimately send them to the emergency departments of the hospitals only to face psychiatrists. Dr. Elizabeth Votta, a member of the study team, says, “People with severe mental illness may experience limited housing, employment and income options”.

UK: Lack of Specialists restricts the promotion of Olympics 2012!

Level of Nicotine has risen by 10 percent in Cigarettes! 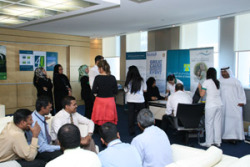