Specifically engineered for the average Indian family, Tata’s Nano venture was designed such that the cost remains as little as possible. The launch was greatly appreciated and now the small wonder car is getting a makeover. However, why is Tata going for a makeover so soon? Has the car not been able to match people’s expectations or has the buying capacity of people changed? Whatever the reason is, the truth is that the Nano is sure to be in its modified version in the coming time.

The makeover :
Tata , with the assistance of Norwegian electric car specialist, Miljøbil Grenland AS, is planning to come up with an electric version. The new version will have solar panels attached to it. Moreover, speculations are that this one might turn up to be the world’s cheapest electric car. News of launching its diesel version by the end of 2009 are also in the air, which is supposed to be equipped with 690cc instead of 623 cc, which the petrol engine is already offering.
A German company, FEV, will develop the new diesel version, which will have a 0.8 liter capacity. The company is also working to come up with a three-door Nano version. All this has been strategized after the initial results, which came into light as the base model only received 20% of the orders where as its NanoLx and NanoCX models received 30% and 50% orders respectively.

People’s car: A ploy?
The Nano, after drawing big crowds all over, is now facing a dilemma whether this car is actually a people’s car or not. As per the reports, its cheapest model was only able to grab 20% of the orders in comparison to the higher models, which grabbed at least 50% of the customers. Therefore, the picture is clear that its cheapest model is not able to bag as many customers as the company projected it would. Surely, it has strained the company to rethink over its strategy whether to make a car for an average Indian, who cannot afford to buy a four-wheeler or go for a little luxurious car. Concisely, the car, which is designed to fulfill the dreams of millions of Indians, might in the future become pricey. As speculations are there about the hike in price and mileage, the newer version might instantly vanish the price appeal with such modifications.
Also, who knows, in addition to this, the company is actually using Nano as a gateway making small car buyers ultimately end up buying its higher and less efficient models.

Is small beautiful?
Tata’s ‘People’s Car’ might not lure Western customers either. The most publicized launch of the year is facing various questions, specifically when it’s planning to launch its model in Europe and America. Can it be modified to face the challenges that are dished out on the U.S. highways and byways?
No doubt, the Nano is even more efficient than the gas-guzzling SUVs so popular in the U.S. However, when all the automakers throughout the world are rushing to roll out small cars, will the Nano be able to match up to the expectations and face the competition? However, there are speculations with the current petrol engine, but if they are replacing it with a diesel then it still seems a bit more realistic. The realism demands that the manufactures understand the need for new technology to fit into existing techno-social systems to be workable. 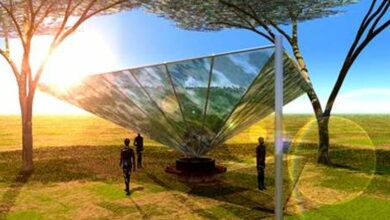 Smart irrigation systems that help you take care of your plants