Beach lovers, who like spending their spare time at the beach, are now wary of getting stung by jellyfish. Reports suggest that jellyfish population in oceans all over the world are increasing, and this may cause an imbalance in the delicate ecosystem of the oceans too.

Suggestive cases of jellyfish stings on humans are usually due to a lack of awareness on part of the beach lovers. Vinegar and ammonia are the suggested remedies that relieves the pain of a jellyfish sting, but immediate first aid is important to remove any traces of the sting in the skin. Some jellyfish stings cause severe allergic responses, triggering immediate release of antibodies and drop in blood pressure which causes difficulty in breathing. That is why it is advised to get out of the water immediately after being stung, or it may result in death by drowning.

Jellyfishes are often called the cockroaches of the sea due to their hardiness and survival capabilities. They are even capable of flourishing in polluted, oxygen deficient environments. Information on the past population trends of jellyfishes in the world are negligible, and thus conclusions on the current increasing trends should not be drawn. Increased nutrients in the water, due to industrial and agricultural run offs, increased algal bloom etc do attract jellyfishes, but their lifestyle, preferences etc. are still not completely understood. Most jellyfishes are free floating and their movement is based on ocean currents and trends, the warmer the water, the more jellyfishes. So, people who see jellyfish congregations should confirm the reasons for the sudden increase, rather than causing panic. Based on their prey base, their populations may also fluctuate. They maybe reproducing, or just ‘meeting up’ like some other social animals. 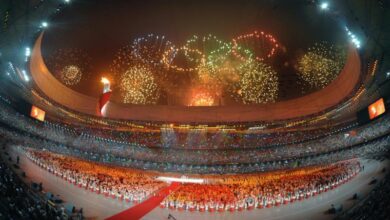