This is to no one’s surprise that climate change has already knocked on our doors. But, we still have to take steps to fight this scourge in our own country. Climate change or we may call it global warming will hit India hard. Yet, India has been slow in acknowledging the growing consensus in the world for human induced climate change. However, it is high time we dealt with the same.

India has been late in reacting to this entire issue. Moreover, the Finance Minister, Mr. P Chidambaram, in his recent budget speech highlighted that

India is neither a significant contributor to greenhouse gas emissions, nor will it be so in the foreseeable future.

India is the second most populated country on the planet. And the forthcoming years are a reminder to the fact that we will soon emerge as a considerable emitter of carbon dioxide and other greenhouse gases. India is the fifth largest polluter right now and in per capita terms India’s position falls to 20th. More so, being so populated, India does have a responsibility in this global issue.

India needs to work towards this grim issue that is going to be the gravest problem the world will face in future. India is not far away from the danger. With the climate change visible now itself, the temperature in the country recording all time high at a few places, and with our weather forecasts going all the way wrong, is a grim reminder of what future lies ahead. Burgeoning economy is on one side, while on the other lies giving ears to such dangers as climate change. Tackling climate change should be the main goal. And more so, by 2012 when the Kyoto protocol ends, there will be a huge effort to convince India in accepting a target for emissions.

Unless India is well-prepared with documentary evidence to present its case for continuation of emission reduction holiday, it will be caught on the wrong foot, as happened in the case of tariff reductions under the new global trade agreement, patenting norms under the trade-related intellectual property rights (TRIPs) for industrial products, and protection of plant genetic resources under geographical indications and other protocols. Each time, the country had to take post-accord protective action after the global norms had already been laid down.

It is good to see an Indian heading the intergovernmental panel on climate change (IPCC) (chairman R K Pachauri from The Energy and Resources Institute). But our own country is not playing any other significant role than this.

India needs to manage this issue better in order to adapt to the climate change risks and act on the opportunities available in such a carbon-constrained world.

Reducing emissions equals public good. The havoc of excessive emission is knocking on the entire planet. Also, the impact of global warming on poor countries is harsh. The melting of icecaps, growing unpredictability of the weather, droughts, river flows becoming seasonal, flooding of low-lying areas, greater waywardness of life-sustaining monsoons, dying creatures-all point to the need for both rich and poor to join hands in fighting climate change.

India must act now. Else it will be very late. 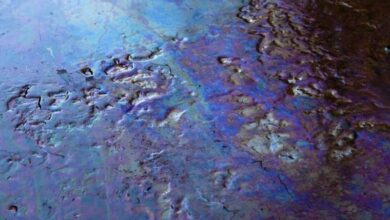 Oil leak from Don Pedro ship to be sealed by Monday