The word farm paints a serene picture. Lambs, hens, ducks and other animals – strolling on green pasture – grazing and picking grains at their own leisure. But is it the real picture in modernized farming? Sadly, it is not.

Animal cruelty and abuse have perhaps touched the peak in modernized factory farming. It’s time the world wakes up and takes a joint action against brutality towards animals. Factory farming and the environment are closely related and over activity of the former can cause catastrophic effects on the latter.

Cruelty and abusive behavior to animals is common in intensive farming, where the ultimate objective is to increase production and efficiency. Most of the chickens, turkeys and ducks are reared in industrialized sheds and the situation is more or less same all over the world.

The changing attitude towards animal cruelty: 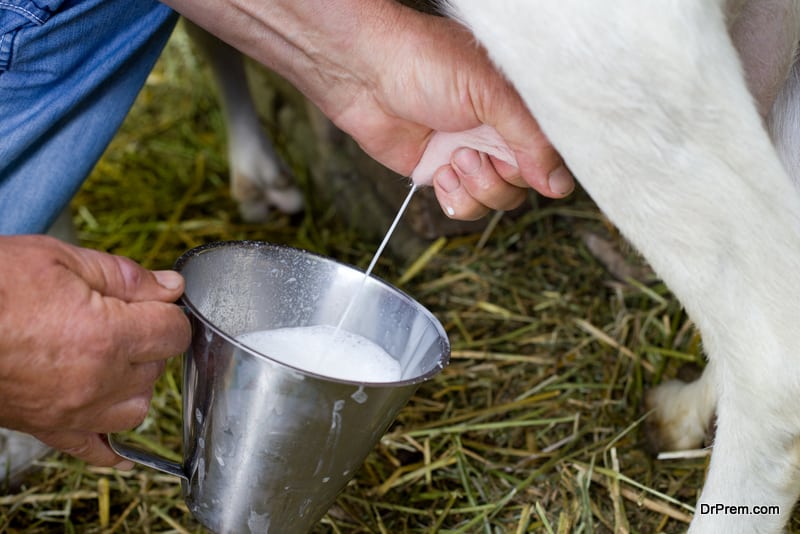 Attitude towards animals depends upon societies and communities. The tribal and agricultural societies mostly view animals as instruments to help them survive in their lives. The cow is meant for giving milk and meat, a bullock for plowing fields, a horse for riding or pulling a wagon and so on.

The attitude of these societies is way different from ours since we are under a different set of life conditions. For many of us, animals are to be loved and cuddled and taken care of just like any other human being.

The changing attitude towards animal cruelty also has an interesting past. Owing to a shift from an agrarian society to an urban one in the 16th and 17th century in Europe, direct dependence on animals was reduced.

Close interaction with animals also reduced and people started looking after animals as pets. The new moral sensitivity towards animals began in the 19th century with the growing middle class which was widespread in the 20th century with many people denouncing animal cruelty.

Rapid industrialization changed the concept of animal farming. Factory Farming was first coined in 1964, where highly regimented conditions are applied for rearing chicken, lamb and beef cattle. Production and efficiency are placed much higher than ethical considerations.

The practice gradually invited strong criticism from animal activists. The true picture of factory farming came out with gruesome photographs and morbid descriptions of animal cruelty in slaughterhouses and farms. Unhealthy practices with over usage of antibiotics, pesticides and injections raised alarm among consumers. Factory farm products are no longer perceived as healthy. 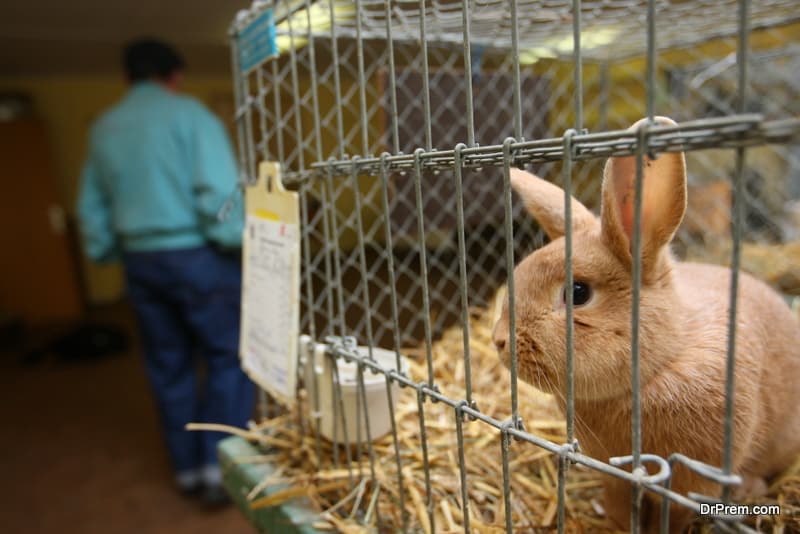 This goes beyond animal protection. Issues related to factory farming and the environment pollution is brought to light. Modernized industrial farming has been confirmed a number of times as a destructive, inefficient, wasteful, unhealthy and brutal system. The system needs to be revamped before it is too late. Safety norms are flouted in many countries.

The European Commission admitted that eggs loaded with harmful pesticides may be on sale in as many as 16 countries. Pollutants from industrialized farming in the US is killing algal blooms and upsetting marine life, thereby creating the world’s largest dead marine zone. Dedication of vast acreages of land to produce farm feed is contributing to soil erosion, deforestation creating a crisis in global biodiversity.

Animals raised for food should be given healthy and cruelty-free conditions:

94% Americans agree to it. Raising animals for food is prevalent since ages, but consumption was not that voluminous as it is now. Blame it on the growing global population and the nutrition requirements. When a customer picks up an egg carton tagged ‘all natural’, ‘farm fresh’ or ‘happy chicken’, it portrays a healthy life of animals raised for food.

This implies the animals have not been subjected to any forceful and abusive condition. Even though a majority of Americans agree that hens and chickens deserve to grow up free from cruelty, the real story is far from this.

The US reared 100 million cattle, birds and pigs for human consumption in 1955. Through industrial farming, the amount has touched more than 9 billion today. All these animals are reared in packed warehouses or pens where they do not have the minimum space to carry on with their natural behaviors.

Growing awareness among consumers regarding farming of cattle animals and birds: 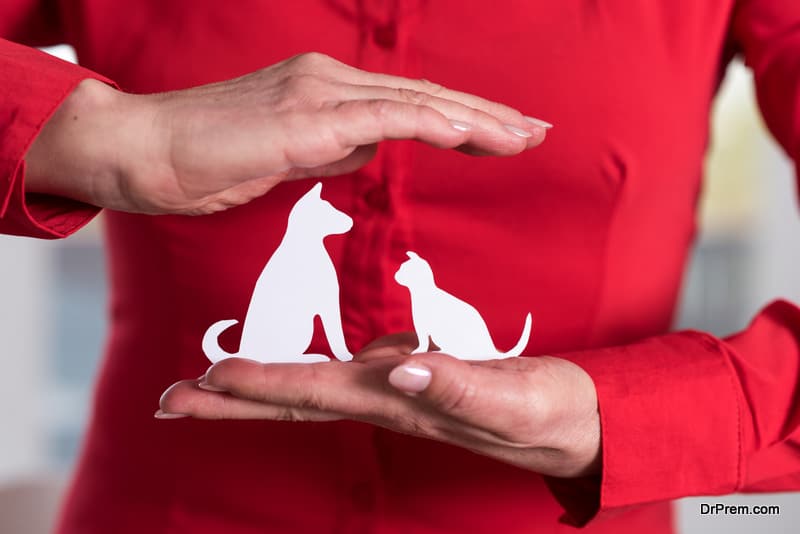 Recently, in a survey by the American Society for the Prevention of Cruelty to Animals (ASPCA), it was found that 74% of consumers are seriously paying attention to labels indicating the rearing conditions of animals and poultry. But do the labels and the terms used provide enough clarity?

Sometimes the terms like “free range” or “all natural” seem to be confusing as there is no set guideline regarding this. In spite of this, consumers are demanding better rearing conditions of animals respecting their nature and needs. Pasture-based farms are coming up where it allows natural instincts of animals to survive during hatching or giving birth to newborns.

Animal lovers have something to cheer about. Since the last two decades, at least 1000 animal protection laws have been enacted in the US. Animal welfare, in general, is showing an upward trend. Citizens are actively participating in ballot box voting in favor of animal reforms.

Can a shift in consumption levels stop factory farming? 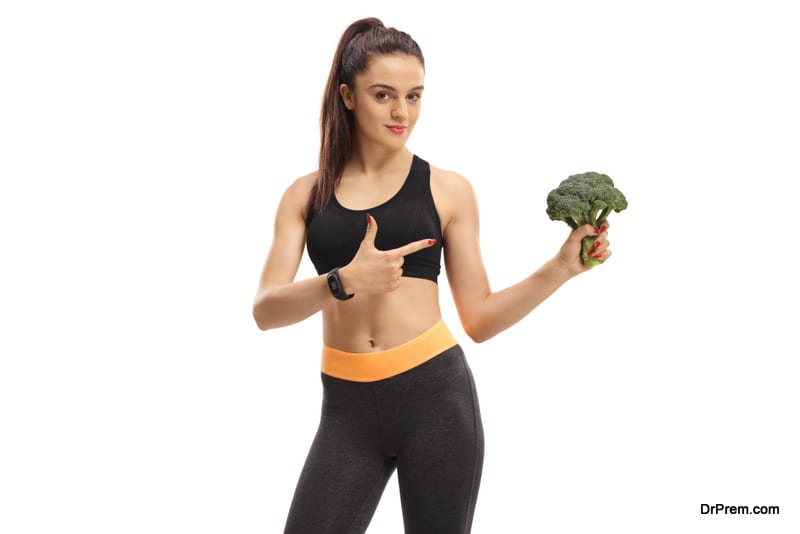 The National Resources Defense Council in a newly released study found about 1/5th reduction of beef consumption by Americans from 2005-14. This may sound to be a highly promising development to end animal cruelty in slaughter houses.

But there is another side of the story. Stopping beef consumption doesn’t mean a switchover to vegetarian or vegan menu. They switch to chicken consumption owing to health concern not for animal welfare. It is a proven fact when beef and pork consumption drops, chicken or poultry consumption shoots up.

Big mammals and their gruesome slaughtering evoke some compassion which chicken and fish do not. Moreover, the latter are considered as healthier options. But it is not that chicken and fish feel less pain than mammals.

Replacing big animals with short-lived creatures like bird and fish can shoot up animal consumption instead of bringing it down. Consuming less beef and pork has a beneficial impact on the environment, so people may be willing to switch to consuming smaller animals.

Those who cannot think of surviving being a vegetarian can think of Meatless days (2-3 days a week). This concept can be adopted in school and office cafeteria too. If a person at all wants to be a switchetarian (switching to another option) instead of being a vegetarian or reducetarian (reducing consumption), selecting the meat that does lesser harm to health and environment can make some sense.

It is better to start with one animal:

If a person stops taking beef or pork, does that always mean that it would lead to stepping up of farming of another animal? There may be some who will not hesitate to switch over to chicken but there will be many who would realize that it is also easy to survive by not consuming meat.

Ending commercialization of one particular animal may lead to a wide change in perspective. Factory farming of all animals will be under question. In this respect, drastic reduction in beef consumption is a positive signal.

Awareness movements related to environmental and health concerns may lead to reduced meat consumption. Factory farmed chicken is not always healthy. Even fish cultivation is seeing a lot of chemical contamination, especially in preservation. Improved plant-based meat is likely to occupy the market soon giving a much healthier choice to consumers without causing a drop in consumption levels.

7 Ways to have meals that are eco-friendly and healthy