Locks of 3,200-year-old hair from the pharaoh Ramses II has been unveiled by Egyptian officials. It has been returned to Egypt after being stolen in France 30 years ago, which was then put up for sale on the Internet.

The small tufts of these ancient brown hair were used in the mummification of Ramses and his son Merneptah. Displayed in a glass case at the Egyptian Museum alongside linen bandages and 13 pieces of resin, the hair will eventually be exhibited at the museum’s just next to Ramses’ mummy.

One of ancient Egypt’s most famous pharaohs, Ramses II ruled from 1270 to 1213 B.C. He is known for building some of its grandest monuments. According to some, he was the pharaoh at the time of Moses.

The Internet is playing an important role in the search for other stolen relics, Egypt’s antiquities chief, Zahi Hawass said.

We open the Internet every day, and the most important source you have are my spies. I have spies all over the world, and those spies, they inform me every day of things you would not believe. 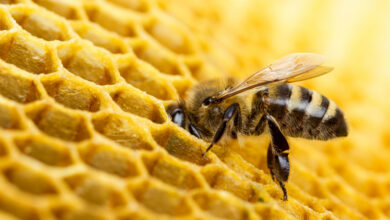 Dead Zone in the Gulf of Mexico