Taj Mahal, apart from being one of the Seven Wonders of the World, is undoubtedly the world’s most incredible symbol of love. Its screams beauty and is breathtaking. However, pollution is taking its breath away slowly. Many steps have been taken in the past to protect it. However, the steps taken have failed to keep the beauty of the Taj Mahal intact.

Efforts taken to preserve the Taj

The efforts to protect the monument were started in early 1990’s.
• In 1999, the Supreme Court ordered to close 53 iron factories and 107 other plants that harm the Taj.

• In 2001, the National Culture Fund (NCF), the Archaeological Survey of India (ASI) and the Indian Hotel Company (the Taj group of hotels) signed a memorandum to protect, restore and conserve Taj Mahal and its surroundings
.
• In 2007, an environmental campaign was launched to preserve the Taj Mahal and the campaign has been changed into the Green Indian movement. More than a decade ago, India’s Supreme Court ordered to close down the factories that were harming the monument. Cars and buses ware banned to cross the cultural landmark.

• In the past, many plants were planted in the Taj nature walk in order to preserve the beauty, but not even a single of it has survived.

• In 2009, natural gas pipelines have been placed to deliver clean fuel to industries in Agra and Firozabad. The three-wheelers previously running on diesel have been replaced by CNG-power and Mathura refinery has been making heavy investments to reduce pollution.

• In February this year, the government approved a plan to plant one million ‘Tulsi’ plants near Taj. Tulsi, though a medicinal herb, is considered to purify the environment owing to its ability to release high amount of oxygen.

• The application of “Multani Mitti”, also known as Fuller’s Earth, has disfigured the Taj, instead of preserving its beauty. The patches have disfigured the building.

The beauty of Taj Mahal is vanishing from year to year due to environmental degradation. The major problems being faced are pollution, excessive tourism, toxins released from the industries and the threat from rising Yamuna.

The pollution from vehicles and industries is turning the Taj Mahal “>yellow, in spite of the Government efforts to control air pollution. The air borne particles are deposited on the white marble, which gives it a yellow touch.

The Taj attracts 2 to 4 million people annually with more than 2,00,000 from abroad. Most tourists visit in the cooler months of October, November and February. Each year the visitors throw trash in the surroundings and destroy the beauty of the Taj.

The toxins released from Mathura oil refinery, which is 25 miles from the Taj, is posing a huge threat to it. The refinery produces air pollution emissions, sulphur dioxide and nitrogen dioxide. These gases react with each other and add fuel to the fire.

Moreover, during heavy rains, the rising level of the river Yamuna poses a major threat to the monument.

What we can do?

When we accept any existing monument to be a part of the World Heritage, it automatically becomes a global responsibility to preserve it. Excessive tourism is one of the major factors proving the fact that we are awestruck by its incredible charm but are doing little to come forward and take concrete steps.
It would be a folly to wait and watch what the government does in this regard. Where we are even deprived of our basic human right to clean air, we shouldn’t be expecting much. Taj belongs to us all. Let’s join hands and help preserve it. There is no sound technical way to restore the beauty. Moreover, there is shortage of work force too. These are small things. The world can join hands to take action now before it is too late. Can’t we? 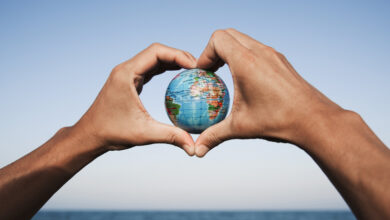 Can rock and roll save the world? Probably not! 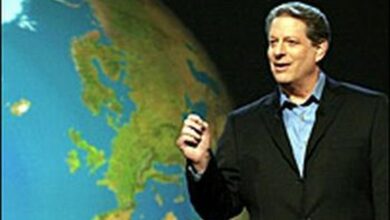 California most polluted metropolis in US 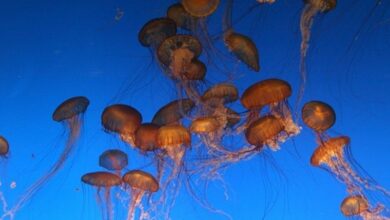 Jellyfish explosion: sting can be fatal for humans