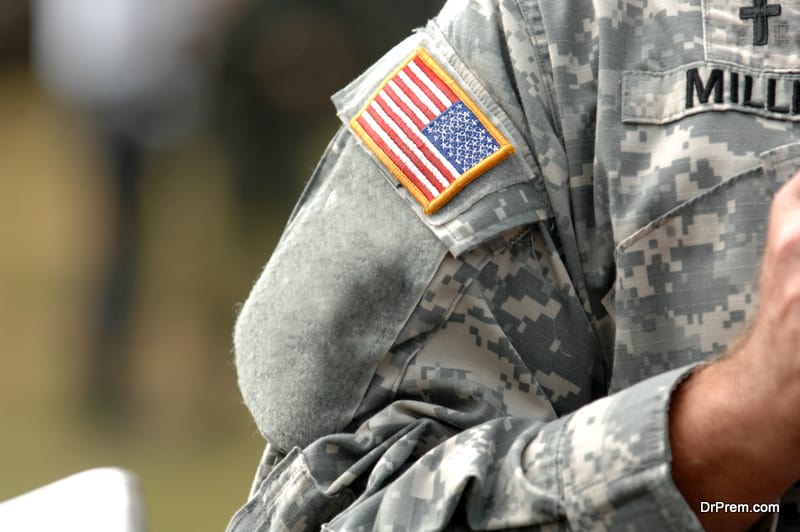 The news of US Naval Station of Virginia Beach spilling 94,000 gallons of fuel in the nearby waterway very near to the Atlantic Ocean hardly caught any media attention. It is just one such event among thousands, giving an inkling how enormous could be the US military’s environmental impact. 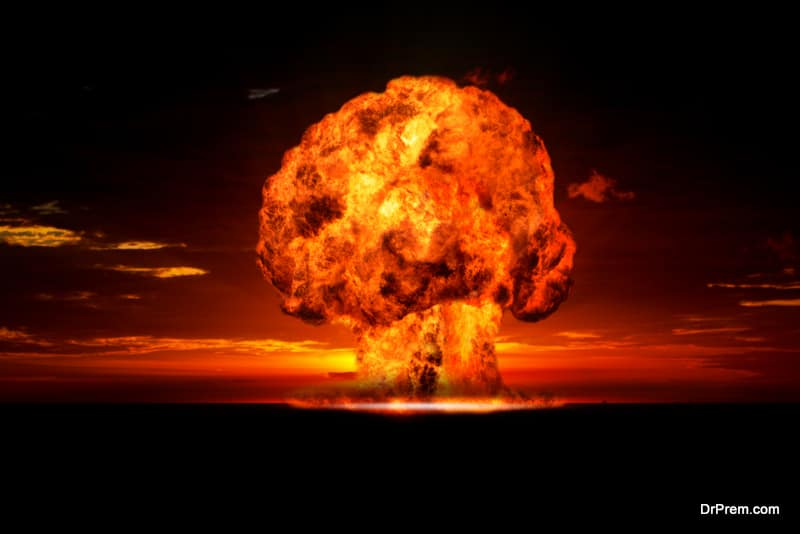 This incident again brings to the forefront that the US Department of Defense is the biggest polluter of the nation and the world. It has left a toxic legacy for the world to inherit.  Depleted uranium, carbon emissions from fossil fuels, pesticides, defoliants like Agent Orange and many dangerous chemicals used by the US military decades ago had a disastrous environmental impact that is existent even today.

The US military produces more hazardous wastes than the combined production of the five largest chemical companies in the country. The domestic and international US military bases are ranked among the worst polluted places in the world.

How big is the US military’s environmental impact?

According to a 2014 statement of the war veteran and retired congressperson of Michigan, nearly every military site in the US is highly contaminated. The contamination of North California based military site has been deadly when the groundwater got polluted with appreciable quantities of carcinogens between 1953 and 1987.

The US Department of Defense has been a glaring example of what negative effects of military technology could amount to. The nation, known to have conducted more nuclear weapon tests than anyone else is also responsible for the massive nuclear pollution in a number of Pacific Ocean islands, especially the Marshall Islands.

The island was bombarded with 60 nuclear weapons during 1946-58 and the inhabitants are still bearing the brunt, suffering from an exceedingly high cancer rate.

Pentagon continues its assault on the global environment: 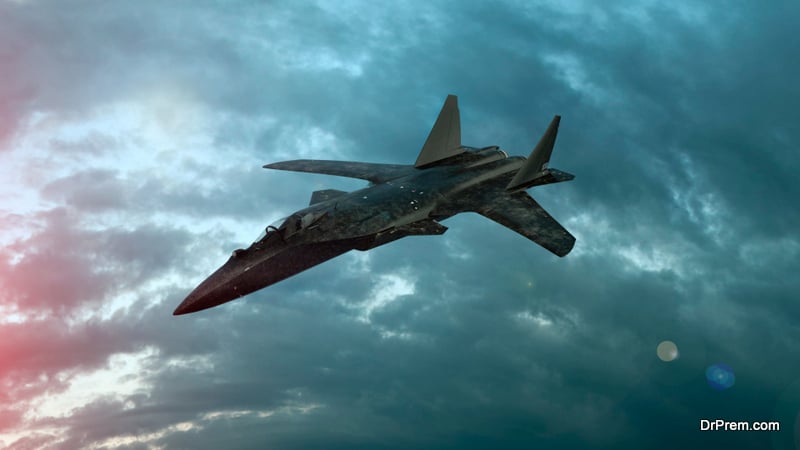 Pentagon, being the largest user of petroleum products, enjoys a blanket exemption in all top-level international climate agreements. Military activities are most oil-exhaustive which is growing faster than ever. Bigger fighter planes, tanks and naval vessels deployed consume more fuel, contributing to higher carbon emissions.

The US military consumed 1% of the country’s total energy share in 1940, which shot up to 29% by the end of World War II. During 2003 Iraq invasion, the army sent out an estimation of over 40 million gasoline requirement for the three-week combat, a quantity overly exceeding that consumed by the Allied Forces in the 4-year duration of World War II.

In terms of jet fuel consumption, the US Air Force stands unbeatable in the world. The F-4 Phantom Fighter consumes 1600 gallons of fuel per hour; and while flying at supersonic speeds, its consumption peaks at 14,400 gallons per hour.

One-fourth of the world’s jet fuel produced goes in feeding the US military planes. In 2006, they consumed an astounding 2.6 billion gallons. Does it require a high level of intelligence to fathom the US military’s environmental impact from such astronomical jet fuel consumption?

The environmental impact of the Vietnam War:

Vietnam War left the country totally devastated. But what is more horrendous is the US military’s environmental impact that the nation is still bearing. Ecological damage is the severest of them and is likely to persist.

One of the negative effects of military technology deployed by the US during this war was seriously felt from the use of chemical deforestation techniques, Rome plows and newer bombs with higher destructive power. This transformed the once-pristine country into a state of an apocalypse.

The Viet Cong soldiers had a thorough knowledge of the country’s unique landscape which was their biggest advantage over the US troops. They could efficiently fight the guerrilla war by remaining unnoticed.

To combat this tactic, the US military used chemicals Agent Orange and Napalm to clean off vast land areas. 4.5 million acres of land covering 30 provinces were sprayed with Agent Orange that destroyed hardwood forests and about 50% of the coastal mangroves protecting the shores from typhoons and cyclones.

These chemicals dangerously polluted the soil, river basins and other water bodies finally entering the food chain. The residual toxins in the soil thwarted the normal growth of crops and vegetation. An estimated 2.1 to 4.8 million Vietnamese were exposed to Agent Orange and its impact on their health is still existent after more than 40 years of war.

In addition to these, the US troops introduced heavy machinery, the Rome Plow to clear the land leading to massive deforestation, animal killing and soil erosion. The US military’s environmental impact was not restricted in Vietnam but also spread to the surrounding areas that continue to suffer from irreversible damage. 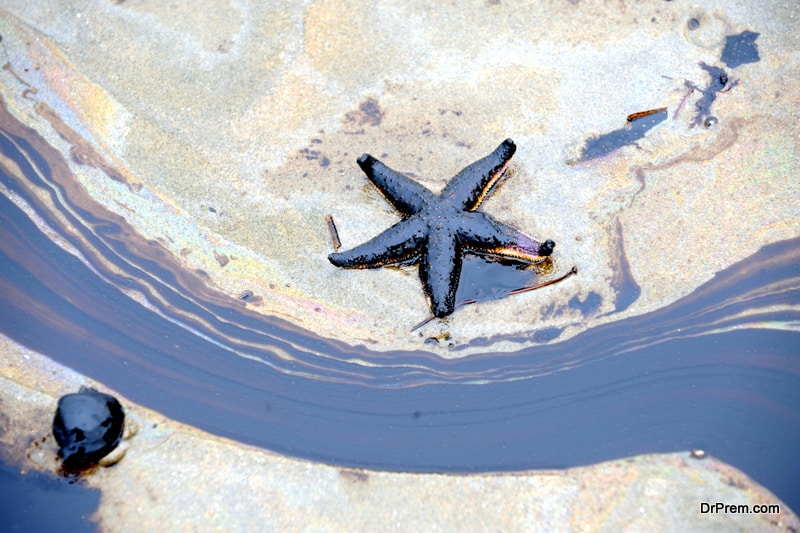 Burning oil products created microfilm on the ocean surface, which in turn, created a toxic environment for the plankton and marine larva. Sea temperatures dropped. The World Conservation Monitoring Society reported of acute toxic effects experienced by animals and birds.

The prawn fisheries faced the immediate post-war effect. The spawning biomass  of Saudi Arabia dropped to less than one-tenth of the pre-war levels and the total biomass was reduced to a quarter.

The Iraq attack – another example of environment disaster:

In one of the severest of the US military’s environmental impact, 90% of Iraq was converted to desert. The agricultural industry has been crippled to such an extent that it needs to import more than 80% of its food. The use of depleted Uranium during the Gulf War has created an enormous environmental burden on Iraqi citizens.

The military policy of using open-air burn pits for nuclear waste disposal during the 2003 invasion has led to the surge in cancer rates among the US service people and Iraqi citizens in equal proportions.  The US military’s environmental impact has led to insurmountable sufferings.

It is a tragic irony that when the world is striving to reduce carbon footprints by simple living and encouraging conservation, recycling and other environment-friendly steps, the US military is totally immune from this.

The US military does not have the responsibility to report any national or international body about its emissions. The arm-twisting measures of the US during the 1st international accord to restrict global warming spared the military from restricting its environment-damaging actions.

The US won the exemption from bunker fuels (dense fuel oil for naval vessels) and greenhouse emissions ensuing from military activities including war. Not only this, the then US President George Bush pulled his nation from the Kyoto Protocol citing that implementation of costly greenhouse emission controls would restrict the growth of country’s economy.

Then there were campaigns against the science of climate change. Fuel usage data were not disclosed. Even the Environmental Protection Agency (EPA) while comparing gasoline and biofuel consumption for atmospheric pollution does not include the greenhouse emission from military activities.

About 1000 US military bases are positioned in oil-rich regions of the world. It is only recently that the issue of the US military’s environmental impact has come to the forefront owing to the persuasion of few insightful researchers. The power wars of the US military come at a much higher cost, which if not curbed, would leave an unhealthy planet for the future generation. 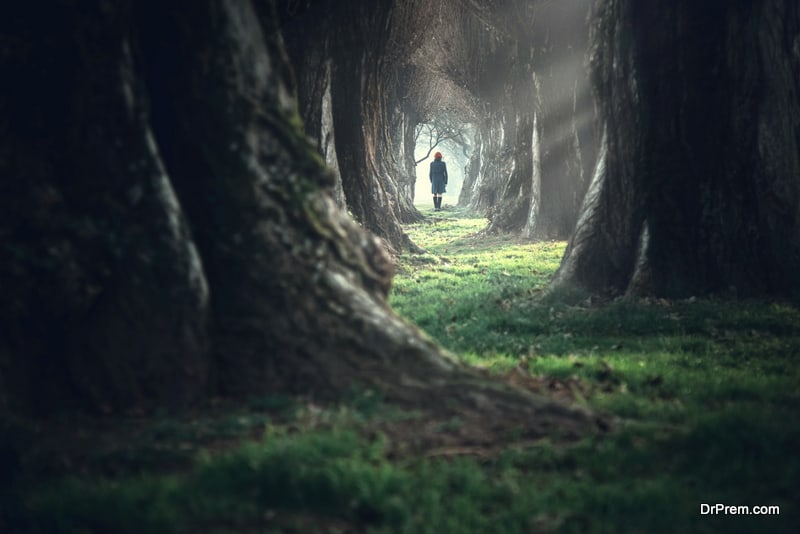 Invasive Japangrass may hinder regeneration of the native woody forest

Cool Green Mat for your bathroom: Not available yet! 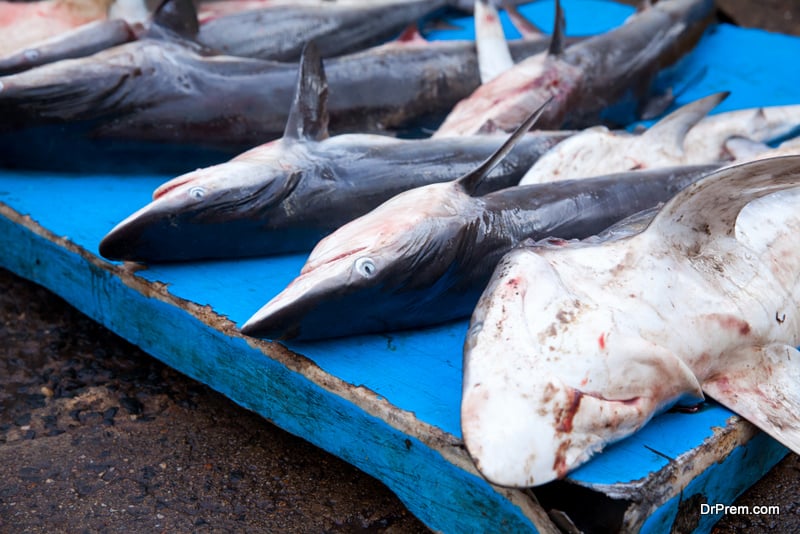 Over fishing of sharks is threatening scallop and other populations