The already endangered tigers are under severe threat of being eliminated. The danger comes in the wake of Chinese government’s decision to lift the ban on trade in tiger parts.

China declared in the Convention on International Trade in Endangered Species (CITES) recently, that the country would permit trade in parts from captive-bred tigers if a scientific review proved the step would cut poaching and aid tigers world over.

Despite growing fears that any move to remove the ban could wipe out the endangered big cat, China is hell bent on going forward with the decision because Chinese culture believes that nearly every tiger part has medicinal cure. Tiger body parts are used in the form of wines, powder, balms and pills, believed to cure illnesses ranging from rheumatism to laziness, headaches and paralysis.

Contradicting, Chinese statements, conservationists and environmentalists lament that Beijing’s move comes as a result of pressure from commercial interests. Wildlife trade monitor TRAFFIC and the environmental group WWF said China’s initiative was perilous to the tiger population and could perhaps drive tigers to extinction. There are only about 3,000 to 5,000 tigers left in the wild. They claim that the step would only fuel illegal trade throughout Asia. The groups urged China to better educate its people to use aspirin not tiger bone wine.

The year 1993 saw a ban on tiger trade by China, almost wiping out the market for conventional medicines made from parts of the animal. But now, having bred 5000 tigers in captivity, China wants to end the ban.

After decades of habitat destruction and killing for their parts, today, the country has only about 30 to 50 tigers in the wild.

India, Bangladesh, Nepal and Bhutan fear that even the prospect of China lifting the trade ban would inspire poaching in their countries.

India has already declared a national tiger crisis – because the country is losing more tigers presently to illegal trade than any other previous time.

The United States also joined efforts to pressure China to back off from its idea. The country says that allowing tiger trade would only fuel more poaching that would further endanger the animal.

China must pay heed to the environmentalists who under the banner ‘Endthetigertrade’ are urging the Chinese to withdraw the proposal.

Will the most ferocious animal be allowed to breathe or to count its days on earth, only time will tell. 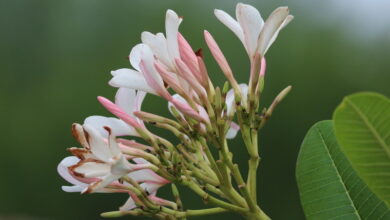 Agriculture, over-exploitation push Magnolia species to the brink of extinction