Climate change could be the reason why we may lose half of the world’s flora and fauna by 2050. There are huge risks of climate change on wildlife and plants because of carbon emissions, which cause global warming, leading to climate change. Scientists and green activists have been warning the world about it for a long time now, and they were mostly ignored by governments, decision makers, and common citizens. Now, as the effects of climate change are becoming apparent, their warnings are finally making an effect. There might just be enough time to save many plant and animal species if governments and nations work together to reduce carbon emissions.

What are the risks of climate change on wildlife and plants? There have been disastrous effects of climate change on wildlife and plants. Galapagos Islands, the Amazon Valley, and other naturally rich areas may lose half of their animal and plant species by 2050 if the rate of carbon emissions is not checked. The Paris Climate Pact decided on 2 degrees as the amount by which temperature has to be reduced. If this target is achieved, even then the impact of climate change will be so harsh, that up to 25% of species could be lost, according to a study by the James Cook University, WWF, and the University of East Anglia. Climate change has become a significant factor in the survival of many species worldwide. The impact of climate change can already be seen in the Swallowtail butterfly. A study published in the Proceedings of the National Academy of Sciences highlights the effect of the changing climate and provides critical data for the management and protection of diversity. The researchers from Minnesota, Notre Dame, and Michigan Universities collaborated over a period of 32 years to study the Eastern and Canadian swallowtail butterfly.

The researchers found that climate change can influence change in the geographic distribution of species and make changes in their genes as well. Their distinctive genetic composition can be altered, which can impact the survival and fitness of the species. Interconnected species may no longer experience the flow of genetic material across species.

In the 32 year study, researchers discovered that the hybrid zone center of the swallowtail butterfly had moved by almost 40 km, at 1.25 km each year. Temperature is an important variable to determine the growth of butterflies and the likelihood of their survival.

The team evaluated historical specimens, genetic data, and detailed modeling to explore the impact of climate change on reproduction. The result found disastrous effects of climate change on the swallowtail butterfly. There could be a reduction in their numbers and they could face the threat of extinction as well. Additionally, an increased gene flow may lead to both species losing their unique characteristics as they merge together to become one species.

Thus, this study proves that climate change would not only cause the extinction of species, but it would also cause the loss of species diversity. Researchers have examined the risks of climate change on wildlife and plants in 35 regions – identified as being the most diverse wildlife areas. The recent study explores many scenarios, including temperature rise up to 4.5 degrees C. The report found Amazon Guianas, Southwest Australia, and Miombo Woodlands to be the most vulnerable areas that can be affected by the climate change. Disastrous effects of climate change would occur due to temperature rise. Because of this:

What can we do? Intense storms, hotter days, and more incidences of drought are slowly becoming normalized climatic behavior. We have to improve the understanding of risks of climate change on wildlife and plants and develop strategies to help nature cope with it. Local NGOs, governments, and green activists have to lead the way to help conserve wild animals and plants for future generation. It’s the responsibility of every individual to cut down on fossil fuel consumption and reducing carbon emissions. 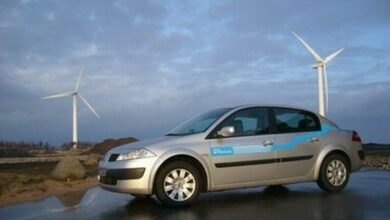 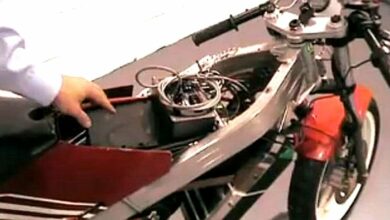