Bad habits. What are they? If you go by the general definition, they are the things that you can’t help doing and which ultimately have a bad effect on your physical or your mental health. For example, smoking is obviously a bad habit and so is eating unhealthy fast food (even when you have healthy options available). In some cases, however, we can’t judge clearly. For example, depending upon the quantity and the time when you drink it, drinking coffee everyday could be either good or bad for health.

Nevertheless, there are some habits, which are good actually, but which we can’t help labelling as bad habits just because they resemble bad habits in one way. Just like bad habits you simply can’t help doing them. Having such habits and labelling them as ‘bad’ might not be good for your self-esteem. So, before doing so, check out these 11 bad habits that have surprisingly good effects. 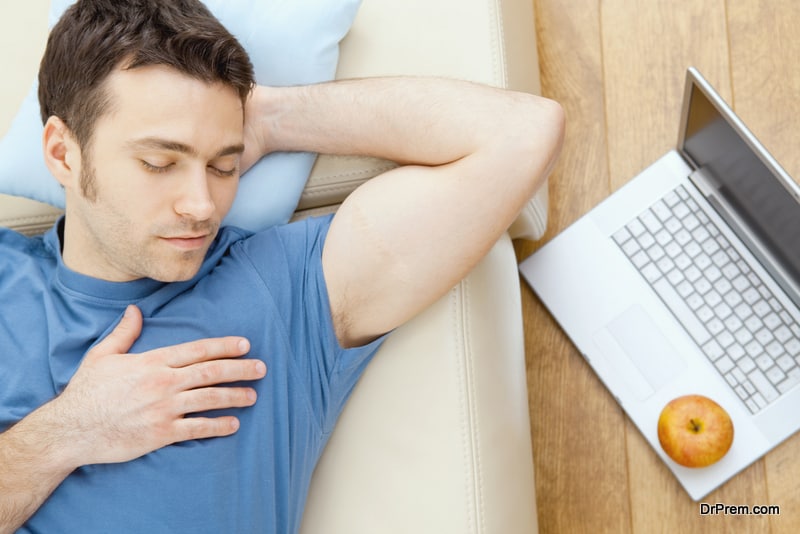 Thanks to Smartphones, many of us tend to doze off during the day. This happens much more frequently as you get older. Although you might be getting blamed for snoring at a time when everybody is up and alert, you shouldn’t feel guilty for it. Believe it or not, if you find it effortless to take a nap, you are amongst the lucky few. Not only it helps in whiling away you time, it also relieves stress. Moreover, if you are sleep deprived, taking random naps throughout the day would help in reducing the risk of obesity, diabetes, and heart diseases etc. Just don’t overdo it. Find out what’s the best place and time for taking a nap and then take a nap like a pro, without being guilty about it. 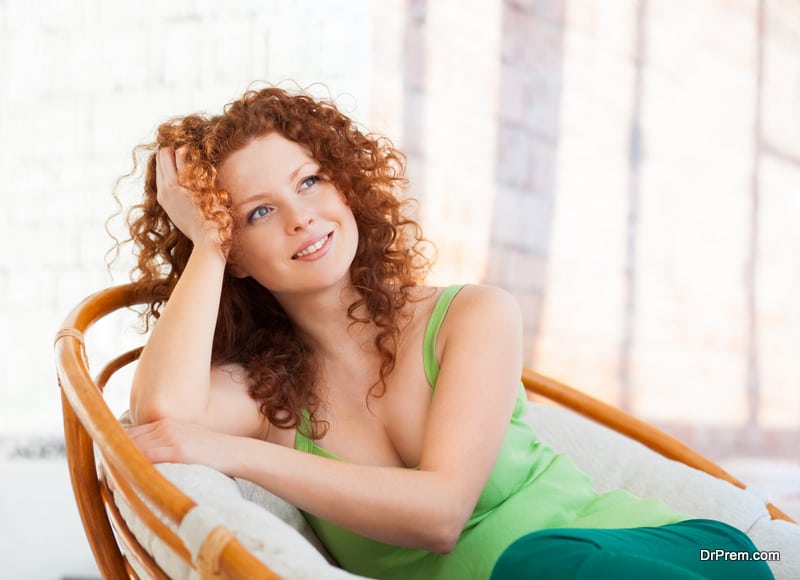 The dreamy look of a daydreamer has always been associated with lazy people. However, that’s not completely the truth. From Einstein to Newton the greatest ideas that humanity has ever known came from daydreamers. It is because daydreaming allows us to use the portion of the brain which we don’t generally use during our waking life. Even research show that the so-called executive networks shows an intense activity while we are daydreaming. It ultimately helps in solving complex problems and in easing off the rigidity which our conscious thoughts generally tend to impose on us. Furthermore, daydreaming also allows you to drift away from our usual pattern of thoughts and thus it might help you in reminding something that you forgot to do. 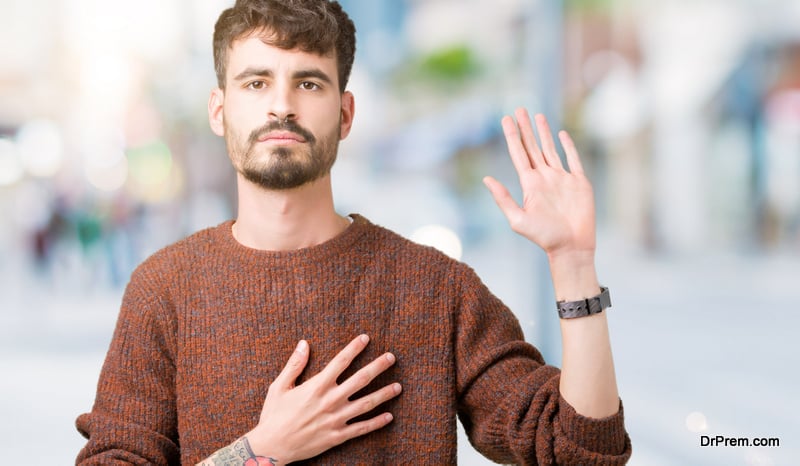 During our childhood most of us are told that swearing is bad. We shouldn’t do it. Despite that, some of us are so used to doing it that we simply can’t help it. In fact, thanks to popular culture, swearing has become more commonplace than it ever was. So, it isn’t that much of a problem unless you are in a very formal company. Nevertheless, if you still feel guilty about it, you don’t need to. Swearing is scientifically proven to be anesthetic. No wonder it tends to be our natural reaction when we are faced with sudden unexpected pain. Along with that, swearing also helps in building strong ties, it’s because you generally tend to swear only in the front of people in whose presence you are more comfortable and vice versa. 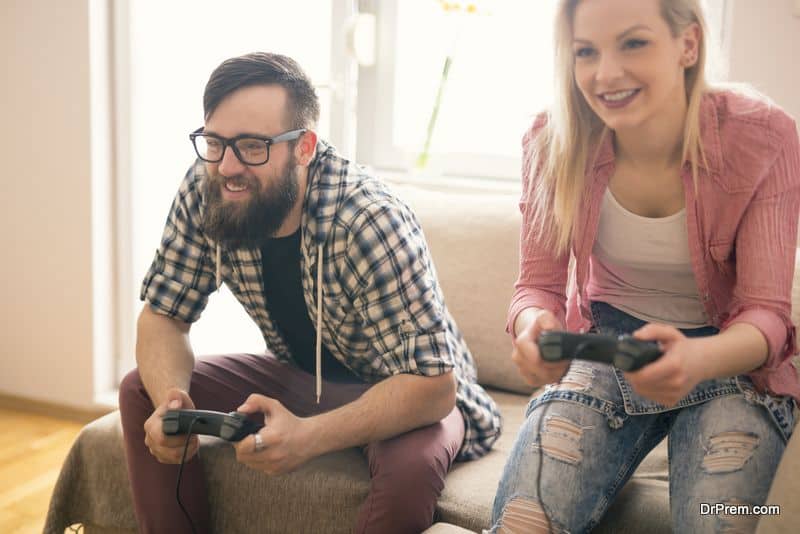 Nobody who plays video games would ever call them bad. However, if you are living with someone who is addicted to playing video games, you would definitely call it a bad habit, especially when you yourself don’t play it. But, no matter how much blame you heap on video games, you simply cannot ignore their positive side. Apart from helping you in diverting your attention when you are in pain, they also help in reducing in improving one’s cognitive abilities and in mollifying people with a violent nature. In fact, they could be one of the easiest ways to help one in coping up with stress and anger. Moreover, they also help in improving your motor skills, decision making skills, hand to eye coordination etc. 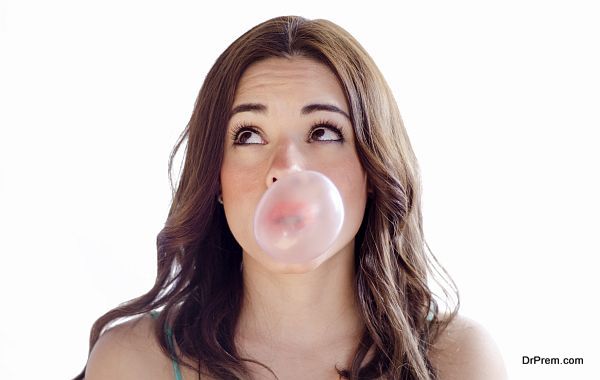 Watching someone who is chewing gum isn’t a pretty sight. If you don’t know them personally, mere sight of such people would make you think that they are childish and unintelligent. But if that person has been chewing gum on a regular basis, they would also have a higher chance of being more aware and alert. We aren’t making this up, it is what research done by Adam Smith of Cardiff University shows. On top of it, since chewing gums gives you an outlet to divert your attention, it could also act as a perennial stress reliever. That’s not all. Chewing gum has myriad other benefits like improving brain structures and memory and improving your reaction time. 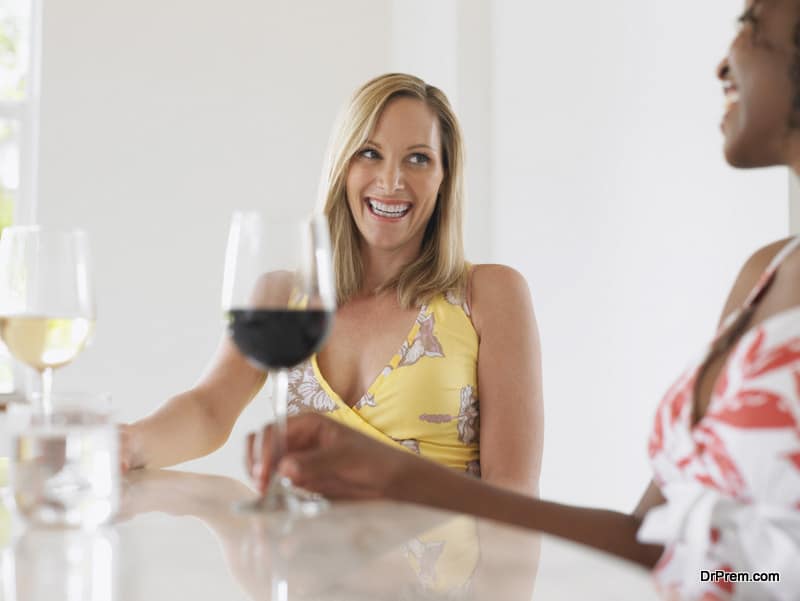 Nothing feels better than having a glass of smooth red wine once you are home from work. It gives you a feeling almost akin to mindfulness. Despite that, if with time it has become a habit to drink it every day, you might be wondering what all chemicals are you stowing inside your body. But unlike what your common sense might be dictating you, drinking a glass or two isn’t that bad actually. In fact, it is good. A glass of quality red wine would make sure that you get your daily share of antioxidants and thus it would help you in living a longer and healthier life. 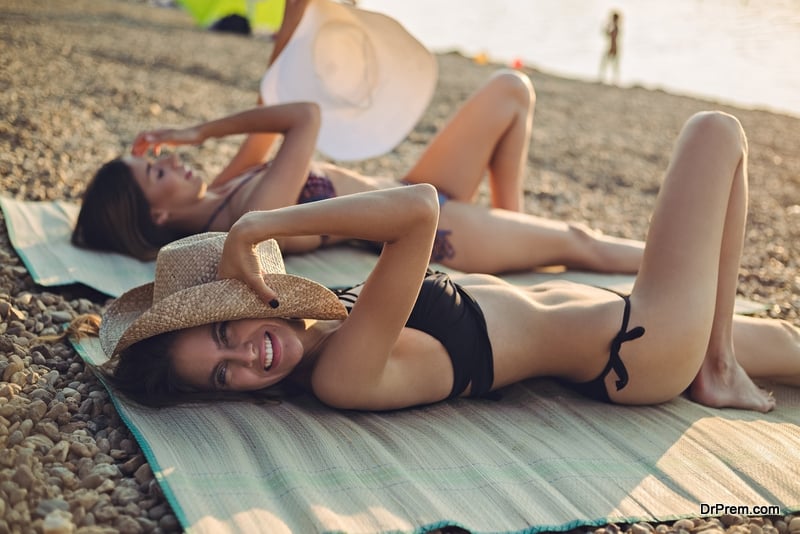 Who doesn’t like laying down on the beach all day? For most of us, it is the best way to relax on a day off. But did you know that it could be good for your health too? If you didn’t, now you do. As long as you are using proper UV protection, Tanning is very good for your health. It’s common wisdom that sunlight helps our body produce Vitamin D, which is something that is necessary for the good health of all the cells in your body. In addition, it also helps in elevating your mood. Last but not the least, tanning helps in camouflaging any scars or discolored patches that you might be having on your skin. 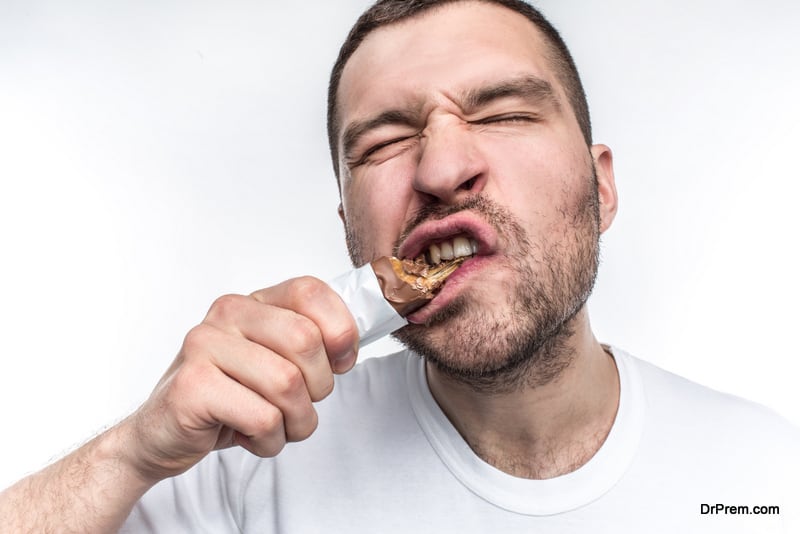 Chocolates have been surrounded by a host of myths and beliefs. Nowadays, they aren’t a few people who’ve started denouncing chocolates for the high sugar content that they contain. And believe it or not, they are right. In order to decrease their price and to increase their availability, most of companies have started manufacturing chocolates with as much sugar in them as there are in a can of coke (which is harmful indeed). One the other hand, the real chocolates (which we call dark chocolates nowadays) tend to be good for health. For the most part, these chocolates primarily constitute of cocoa, which contains essential minerals like iron, magnesium, copper, manganese etc. Apart from that, dark chocolates are also full of antioxidants and could also be helpful in stabilizing blood flow and in improving brain function. 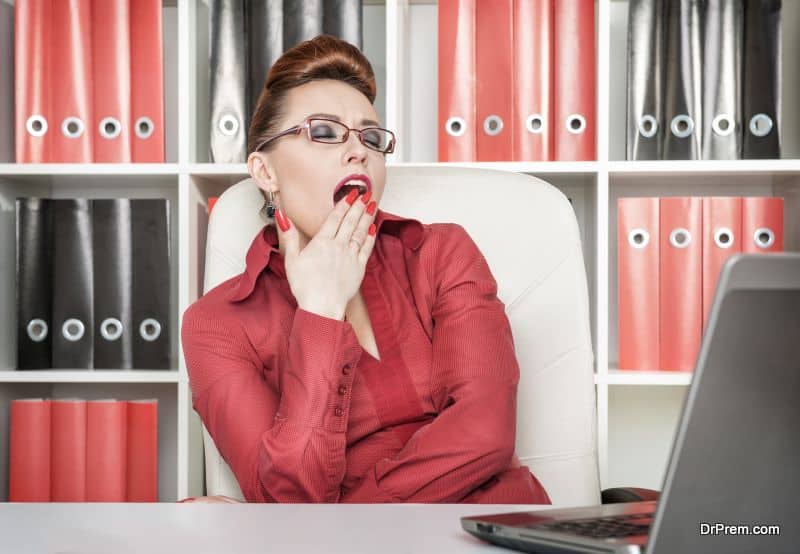 Procrastination is something that not only most of us suffer from, there aren’t a few of us who also feel guilty about it. But did you know that procrastination has some hidden benefits as well? Yes, it has.First of all, it gives you an energy boost and helps in making most of your time as procrastinators tend to ultimately finish their work more quickly. Secondly, it could also boost perfectionism as the creative people who procrastinate usually do so because they can’t find their creative impulse and procrastination helps them in postponing the task till they find better inspiration. Lastly, procrastination could also help in you in discovering your purpose. Because we generally tend to procrastinate things that we don’t like, and this leaves us with higher chances of finding things that we actually like. 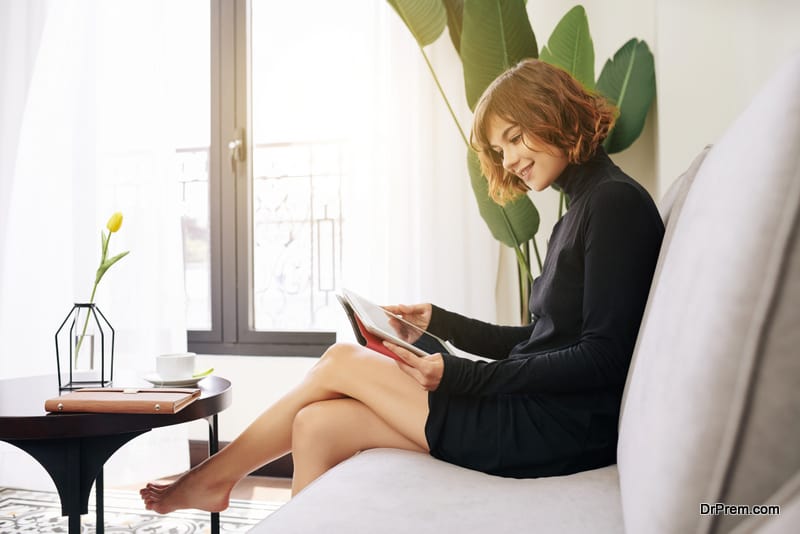 Are you addicted to watching kitty videos on YouTube? If you are, then you are not alone. There are millions of us who are addicted to kitty videos. The numbers of views of such videos on YouTube testify to their popularity. And it’s not without a reason. Watching innocent kitty video could be the most innocent source of dopamine out there. Dopamine is basically the hormone that our brain secretes, which makes us feel pleasure. Dopamine is the main reason why people like everything from sex to drugs. But if you get your daily dopamine dose from something as innocent as kitty videos, that makes you very lucky. 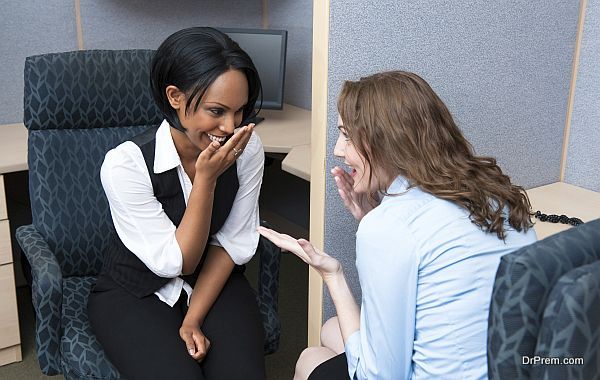 Many of us think gossiping is bad. It is mainly because of how we look while we are gossiping and the things that we talk about. These are the things that usually make us overlook the positive side of gossiping. In reality, has been helping humans in bonding and in fostering lasting friends since time immemorial. This makes it one of the strong links upon which our humans society stands. Moreover, it also relieves stress and anxiety.