Finding it’s existing pollution alert system outdated, Hong Kong is considering to draft a new pollution alert to tackle the growing menace of pollution. The new colour-coded alert system similar to one, which warns citizens of approaching thunderstorms, is likely to appear before the legislators for their approval.

A government panel, the Council for Sustainable Development, is of the view that the existing pollution level alert system, which expresses pollution levels in figures, has failed to encourage people to take adequate measures to safeguard their health, as a result many citizens have been caught completely off guard. The need of new pollution alert system is also imperative, as Hong Kong’s pollution level has soared to near-dangerous levels. Also a recent survey has shown that one in every three days witness pollution of such high level that it poses a great health hazard.

In the new system each colour code will correlate to a specific warning and the same would also have an action plan to tackle that. Like the code for high pollution days may warn people of breathing and heart problems and will advice them to stay indoors and not to use vehicles on that particular day.

The situation is so worse that the smog often engulfs the city’s famous harbour and obscures its skyline. The same is also posing a threat to Hong Kong economy as many organizations are preferring to establish their shops at other destinations rather than jeopardizing their staff’s health in Hong Kong.

For long environmentalists have been asking to overhaul the present alert system, as it came to existence in the mid-1980s and its clauses are inadequate to meet the new pollution challenges.

How to choose energy efficient lighting 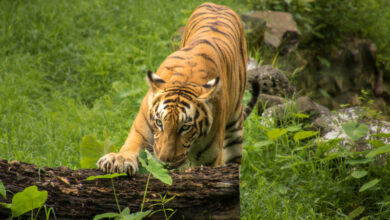