Georgia is truly an underrated destination given the beauty of the land. It is situated midway between Europe and Asia. this beautiful region is packed with ancient cities, world heritage sites, snowy mountains, lush green landscape and to top it all delicious wine. Somewhere between the black sea and Caucasus mountains is this gem of a country that will take your breath away. This country has an abundance of monasteries, cathedrals, and churches. The country is, however, gaining popularity for its mesmerizing beauty and rich history.  It will take you on a journey through a fusion of European and Asian elements.

1) It has the world’s deepest cave. 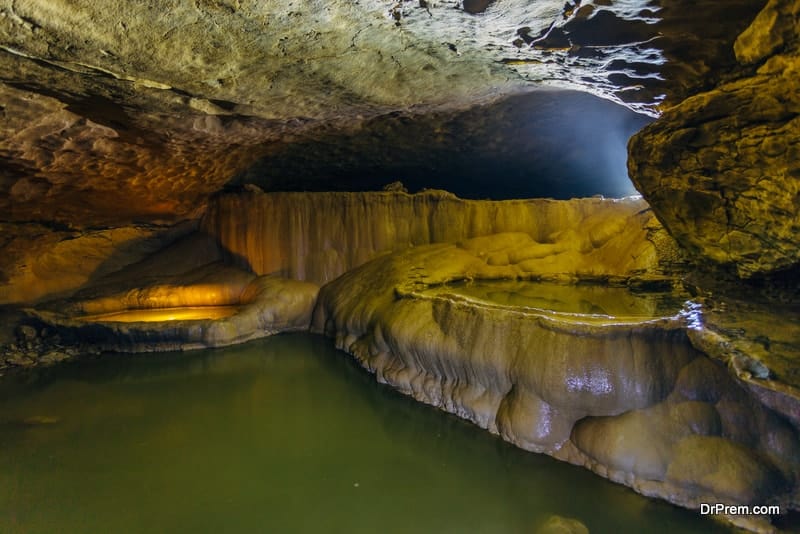 The Krubera cave is 7200 ft deep. It takes up to 27 days to reach to the bottom of this (hidden amongst the mountain and almost vertical) cave. It is located in the Arabika Massif of the western Caucasus’ Gagra range.

2) It is home to the very first of the Europeans.

During the archeological expedition in Dmanisi, the Caucasus mountains yielded the oldest human skulls. Research done on 1.8 million-year-old skulls suggested that the early man traveled from Africa to Europe through Georgia. Georgia is believed to be the cradle of European civilization.

3) It is said to be the birthplace of winemaking. 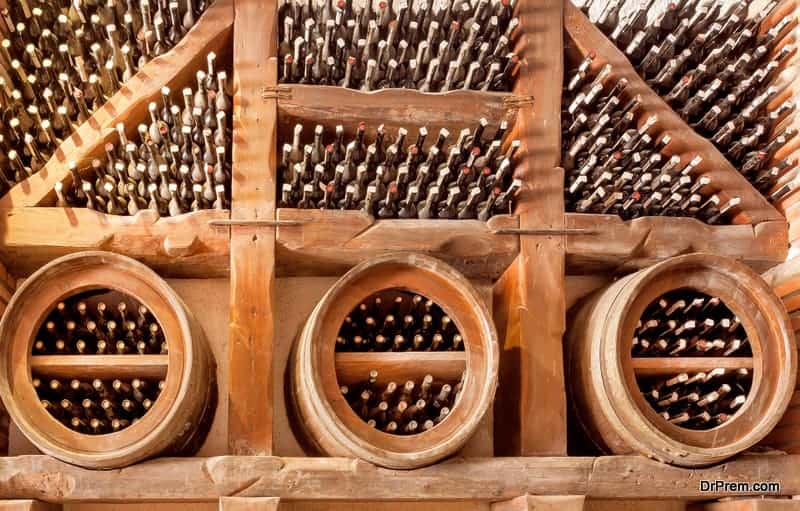 If you enjoy the occasional glass or 10 of wine once in a while (or every day, we are not judging), you have Georgia to thank. The production of wine in Georgia is traced back to 8000 years making it the birthplace of winemaking. Legend has it, the first-ever wine made was, in fact, an accident.

Georgian is amongst the few world languages that has its own alphabet.  It is said to be inspired by greek and Iranian languages.

5) Georgia is not the actual name of the country. 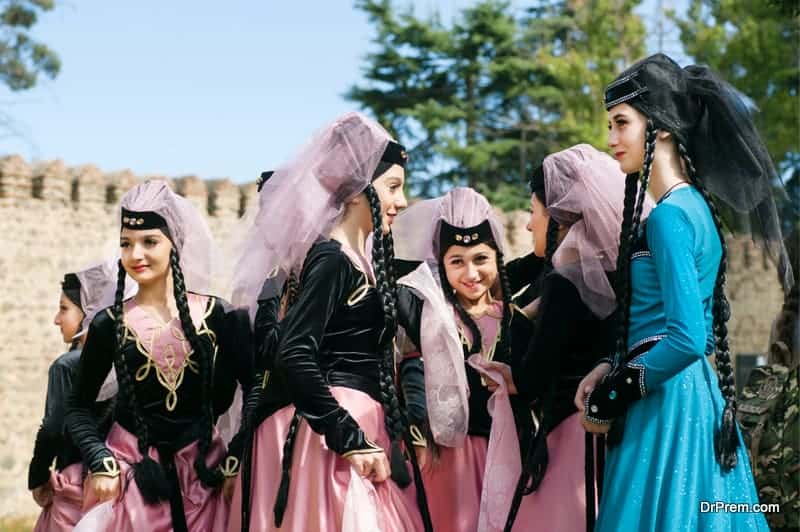 At least not for the residents of Georgia. The residents of the country call their country Sakartvelo. It is believed that the name Georgia was given by the Christian reformers in the middle ages, in honor of Georgia’s patron saint  St. George.

6) A Georgian folk song is floating around in space.

“Chakrulo” a Georgian folk song was recorded and sent to space on the spacecraft Voyager. It was done as a part of the golden record.

7) One of the most promising destinations for heliskiing. 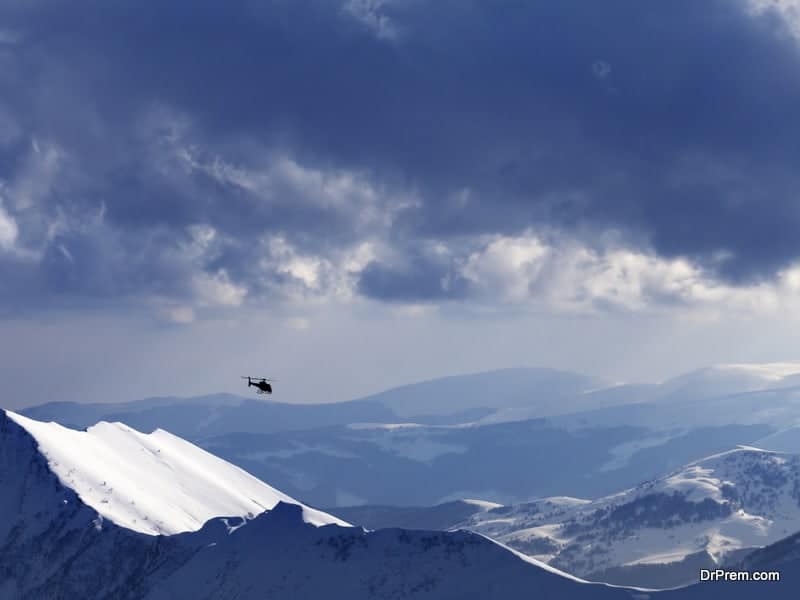 8) The capital of Georgia, Tbilisi comes from the Georgian word of warm.

The name of the capital city of Tbilisi is linked to natural hot springs found by king Vakhtang during a hunt in the 5th century. The world tbili in Georgian language means warm. 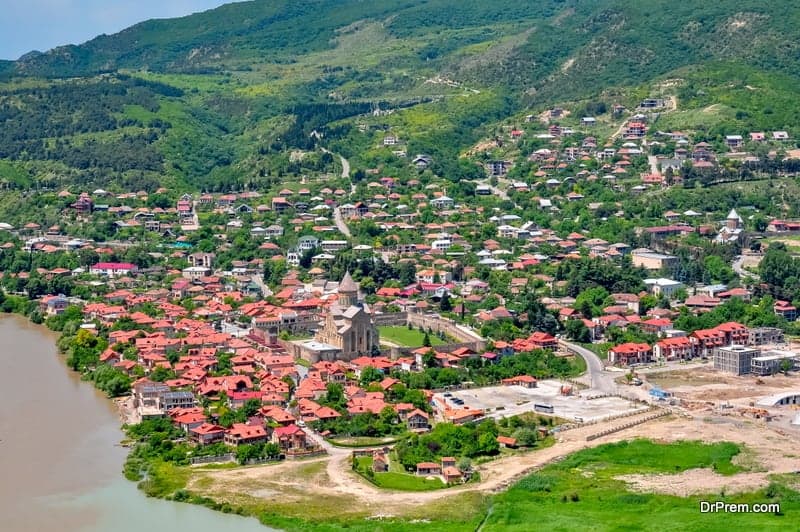 Want to dive into the pool of ancient culture and history, Georgia is the place for you. It has to ancient cities, Mtskheta and Kutaisi are amongst the 16 European oldest cities. Kutaisi was the capital of the kingdom of Colchis. People lived in this city as early as the second millennium BC.

10) You can find the highest human settlement in all of Europe.

The villages of Ushguil Bochama are the highest permanent settlement in Europe. 210 0, and 2345 meters respectively above sea level.

11) You will find a wide range of ecological diversity. 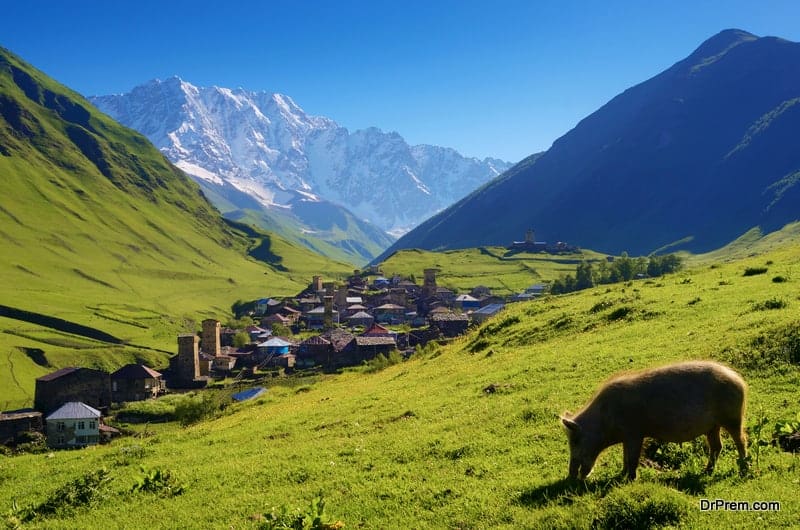 With 12 different climate zones, Georgia is one of the most ecologically diverse countries on Earth.

12) It is home to one of the oldest Jewish communities in the world.

Georgian Jews in the Caucasus are said to be one of the oldest communities in the world. Georgian jews have a history of 2,600 years.

13) It is famous for its hospitality. 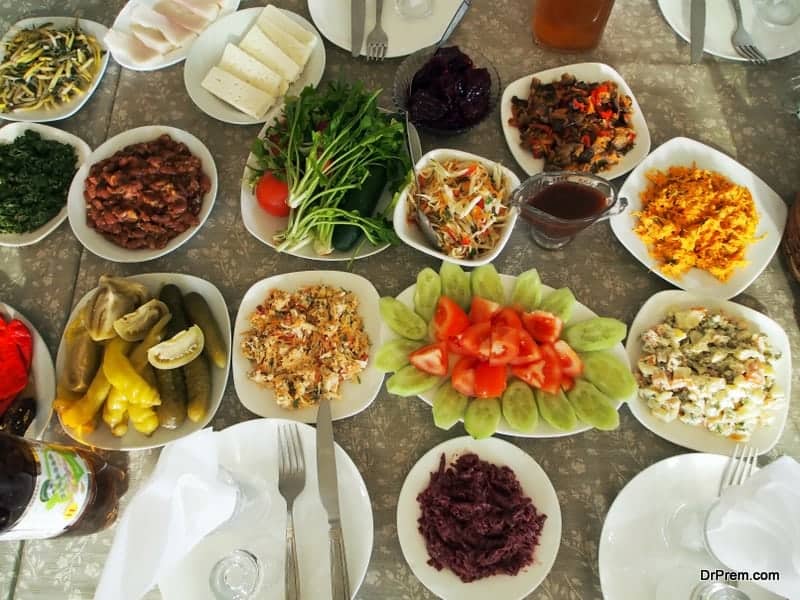 Georgians take hospitability to another level. They are said to be some of the most friendly and helpful people. Many tourists and visitors are always keen on highlighting the fact that they felt welcomed by everyone in the country.

The country of Georgia offers so much as a travel destination. From adventure activities of trekking, skiing, rock climbing to cultural activities of dancing, winemaking, etc. it has a rich history that is enveloped by breathtaking landscapes. Georgia has something to delight every tourist. The ancient cave cities to snow-covered mountains to beautiful beaches, it has it all. Being on the land will fill magical, it should be a must-visit place on your bucket list.

11 most eco friendly hotels of the world 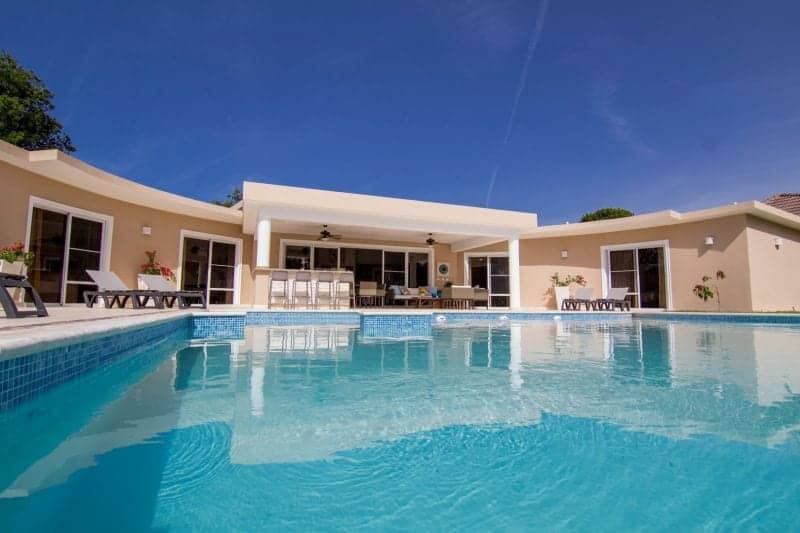 Residencial Casa Linda: A concept nook in the Dominican Republic for a tranquil vacation 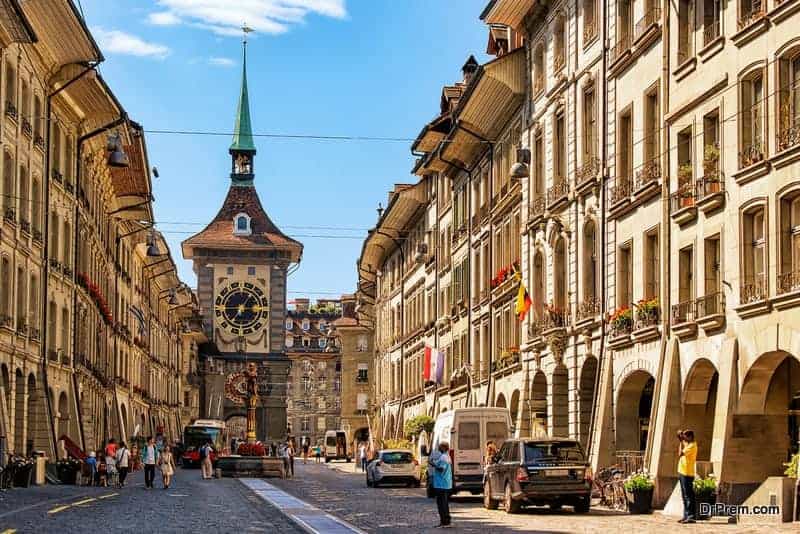 This Year, Take A Trip To All Those Destinations That Changed The World 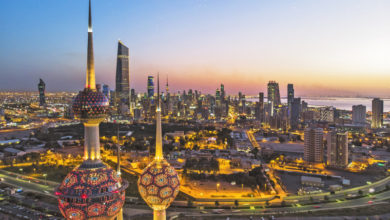 Top wonderful and enjoyable Places for Nightlife in Kuwait