Although war tourism spells out a grim recollection of battle and bloodshed on field visits, the volume of tourists attracted cuts a mounting figure. Nations having war sites within their boundary are quick to realize the economic potential of war tourism. They have devised policies and programs to make this tourism niche even more popular to receive a positive customer response.Some of the countries who have taken a positive drive to market war tourism are briefly described hereunder as to the steps they have taken:

The American civil war of independence has a rich past and a worldwide appeal. In this connection, the Virginia Sesquicentennial of the American Civil War commission in collaboration with Virginia Tourism Corporation has initiated a specific American Civil war sesquicentennial tourism promotional campaign. This will firstly forge a partnership between the local tourism industry and Virginia commission and observe with much passion, hype an all round marketing drive in the 150th anniversary on American civil war of independence. The following actions are initiated in this respect:

Germany and World War II seems inseparable appendage of a common entity. The Germans have been in the business of marketing war tourism with a touch of class, culture and modernity in a single nostalgic package. Cities like Berlin and Dresden and Hitler’s bunker and heavy bombardments have deep military connotations. Battle struck civilization has been preserved intact in their charred and disfigured state amid modernity that the tourist is left spell bound.

To promote war tourism, the Germans have taken cleanliness, tourist safety, modernity and world class infrastructure to the height of excellence. In fact, Germany’s focused and continued war tourism promotional campaign has made it the seventh most visited tourist destination in the world.

Among the African nations promoting war tourism, Kenya has taken a firm step ahead in order to make its war sites get a global exposure. Kenya has been forming a partnership with the stakeholders for promoting investment in the sector of war tourism so that it can see a bright future. Kenyan battlefields have had an exposure to both the world wars, and in fact have preserved meticulously the artifacts and relics relating to world wars for public display. War fields exist where the soldiers from a number of nations fought and so do the graveyards where the deceased soldiers’ bones rest in peace.

The Kenyan ministry of tourism has been making contact with overseas nations like Great Britain, Germany and Italy firing their passion so that the descendants of soldiers who fought those battles are invited to explore the battlegrounds where their ancestors laid their lives fighting!

Much like the Kenyan war tourism promotional policy, South Africa is all set to market its battle field wealth and show case Boer war in the global war tourism market. The idea is to form an investment oriented consortium with overseas partners, specially the nations directly involved in Boer war. The added features that South Africa wants to capitalize are on its breathtaking landscapes and world class infrastructural set up.

The war tourism episode remains incomplete without a mention of Vietnam adding the much needed fuel to the flame of warfare. The bomb pits have been converted into fish ponds. The stench of napalm exist no more, the air has turned calm and clean, the shell blasted countryside has acres of land under rice cultivation . The land that once wailed under the crushing weight of tanks have now been witnessing a peaceful country lad making his way through the serene country side mounted on a water buffalo perhaps! The pain and suffering have gone and intelligently the aftermath of the Yankee Viet war has been employed to mint squillions of dollars flowing in from the tourists’ wallet.

Vietnam was quick to recognize its enormous tourist potential from the killing fields showcasing the relics of guerilla warfare methods, trenches, weapons and ammunitions to the western eye. It has been successful in promoting its war sites. No bad feelings, no hatred or hostility exist but the Vietnamese are very warm and friendly hosts. A substantial number of the French, Americans, and Japanese and German nationals visit the Vietnam’s infamous killing fields every year. A commendable tour promotional exercise! 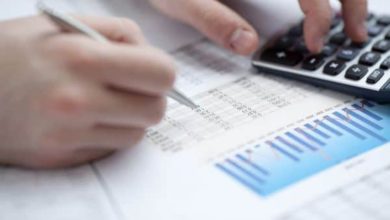 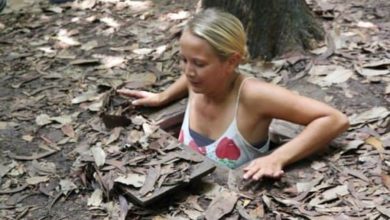