France is the world’s most visited country. With a rich culture and history, the nation is filled with numerous monuments, which reflect on its heritage. A diverse geographical variation makes this hexagon shaped nation a land of beaches and mountains. Tourism accounts for almost 6 percent of its total economy. It has 37 UNESCO’s World Heritage Sites. Its culture makes its people one of the most welcoming and friendly. Among numerous places of tourist interest, here is the top 10 attractions in France: 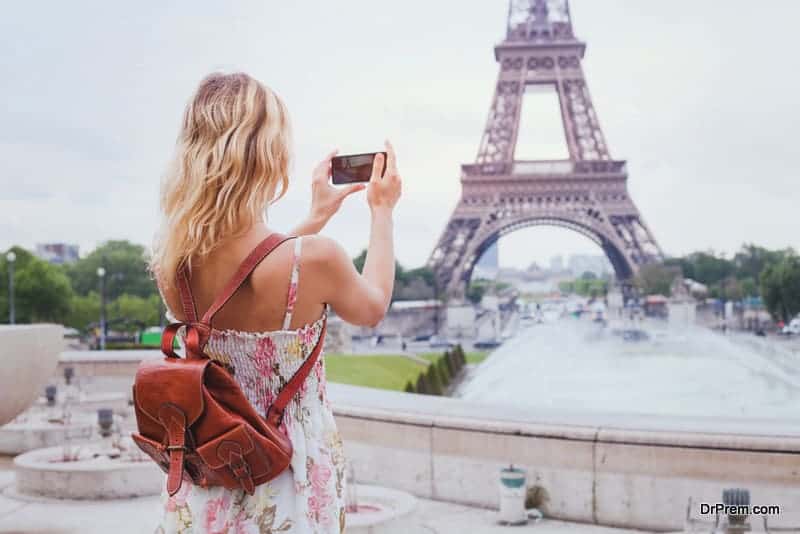 The Eiffel Tower is not only one of the most visited places I France but the most visited monument in the world. Built by Gustave Eiffel, in 1889, this iron tower has become a symbol for France and draws hundreds of thousands of tourists every year. It is easily one of the most easily recognized structures of the world. An interesting point to note is its designer was severely rebuked for its design and it was even called ugly when Gustave Eiffel showed the design to the authorities.

It is located in the tidal island area of Normandy, France. It is one of France’s most iconic landmarks with the monastery towering over an entire are of tidal basin. An UNESCO World Heritage site, the monastery stands over a rocky mountain that provided it with its fortification during the ancient times. 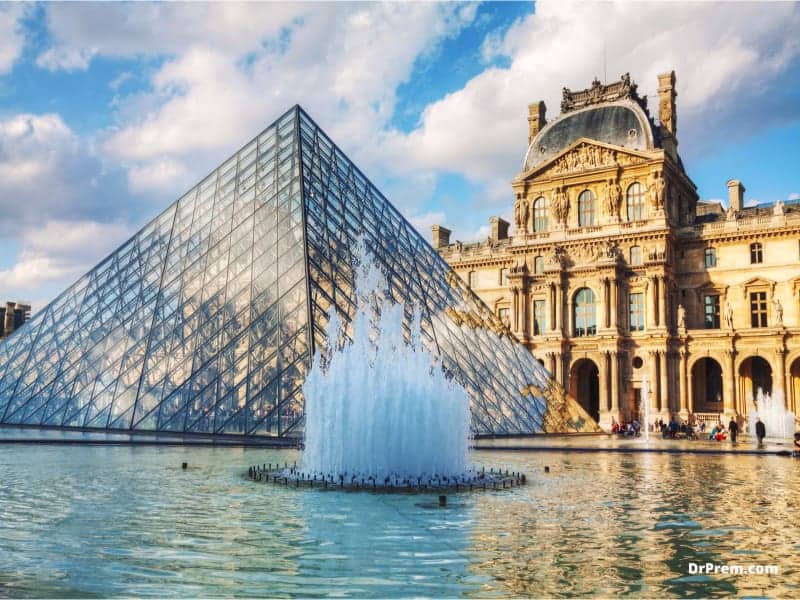 The hub of art in the world, The Louvre is on of the largest museum in the world holding over 35,000 pieces of display over an area of 60,000 square feet. The monument itself is mammoth in proportion and is as long as three Eiffel Towers placed horizontally. It houses art pieces from the pre-history era and among its most prized possession is Leonardo de Vinci’s Mona Lisa.

The Notre Dame Cathedral that simply means “Our Lady” in French is one of the best known churches in the world. The monument is a fine example of French Gothic architecture. The cathedral is famous for its lifelike sculptures and highly intricate stained glass windows. There is also an underground crypt, which houses some rare relics and artifacts. There are 9 bells in the cathedral and all of them have names and the grandest of them all is called Emanuel. 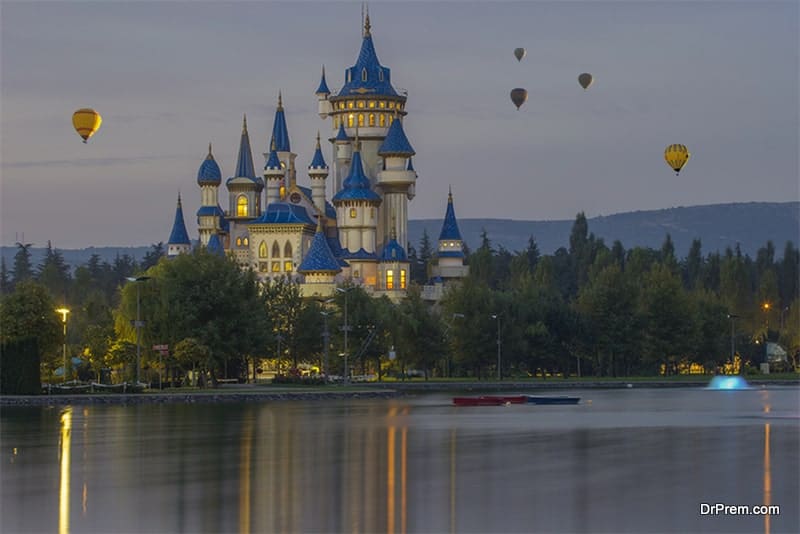 Disneyland Paris is the second theme park built outside USA by Disney after the Tokyo Disneyland. It is one of the most popular destinations in Paris and its fame can be easily understood by the fact that the Charles de Gaulle International Airport of Paris has a direct train connecting the park to the airport. Like any other park of Disney, it is filled its own magic, which enchants young and old alike.

Saint Tropez is an idyllic town in the French Riviera and a favorite among the rich and the famous. The town is also a center of art and culture and has played a major role in the history of modern art. Known for its beautiful beaches, and even some nude one, there is also port that was a major port in the 18th century.

Built by Louis XIV as the center of his governance, the Palace of Versailles is one of the largest palace complexes in the world. It is a symbol of French grandeur of that period and is exquisitely decorated with priceless artifacts. Vast lawns and beautiful gardens surround the palace. The palace in itself is extremely lavish when it was built was even more lavish than what it stands today. It is said that the King of France would ride on his horse inside the building as it too huge to walk around

Another UNESCO World Heritage site, it is also a reflection of the French Grandeur and Extravagance. It is a massive 440-roomed building which was built as hunting lodge for King Francoise I. A perfect example of renaissance architecture, there are many theories as to who designed the palace, and some say it was designed by Da Vinci himself. Nevertheless, it was one of the most unpopular royal residences ever built with King Francoise himself staying less than 40 days in it. 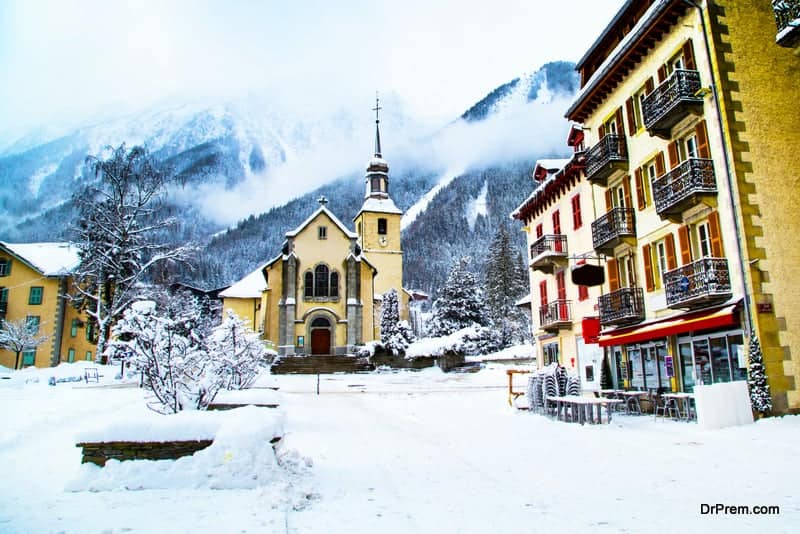 Situated in the French Alps, Chamonix is one of the oldest ski resorts in France. It is a serene and picturesque mountainous region that is hub of winter sports and had hosted the first ever Winter Olympics. Even today it is one of the best places if you want to go mountain biking and Alpine Trekking.

It includes 25,000 hectares of protected forest surrounding the city of Fotainebleau. It is also the location of the Royal Chateau of Fontainbleau, which is the largest of all French Chateaus. The forest was used as a hunting park in the past and is now visited by hikers, bird watchers and nature lovers. The Chateau houses a museum, which is home to some of the oldest works of French art and displays a great collection of furniture, glassware and artifacts. 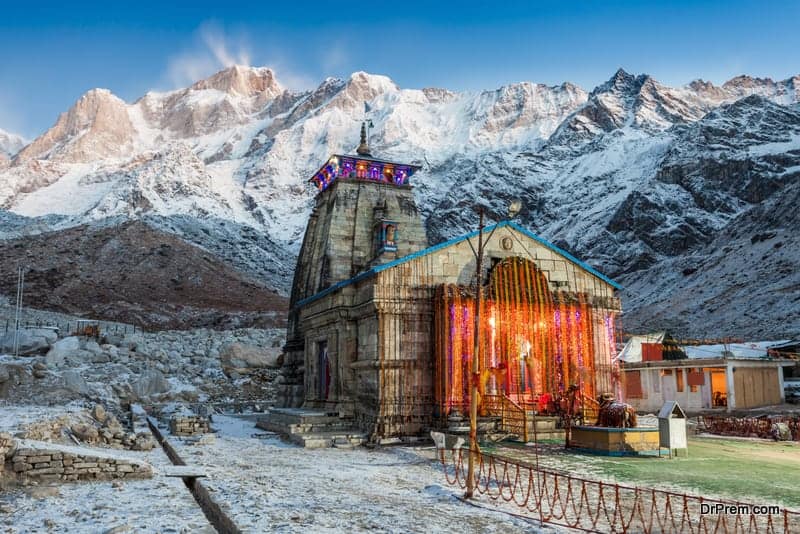