There comes a time when every parent has to answer their children’s questions regarding intimacy. Usually, parents find it difficult to explain the child’s questions on this topic in a way which is not explicit and which the child can understand and accept. Children are quite smart, and if you don’t give honest answers, they may end up trying to find out for themselves, which is certainly not a good idea. This guide to handling inappropriate curiosity in children will help you answer your child in an age appropriate way.

A guide to handling inappropriate curiosity in children

What is the age when kids become curious about body? You may have noticed many toddlers, including your own, touching their genitals. At this age, this is not childhood sexual curiosity, but they are just curious about their body, which is natural, according to the American Academy of Pediatrics (AA). If you see your child doing this, you should not scold or punish, which will make them even more curious, and maybe focus even more on their genitals. And worse, scolding or punishing might make them feel bad about their body.

You might ignore the self-touching, or draw the attention of the child to something else, and if it happens too much in public spaces, then gently explain (at home), that it is not good manners to do that in public. The child will then learn what’s appropriate and what’s not.

Do not use nicknames for the private parts It’s best to stay real and not use nicknames for the private parts. Use the right anatomical words to give the kids the right answer. When the child can say it, words like penis, vagina and so on should be taught without you feeling squeamish about it. Also teach them that NO ONE, adults or children, is supposed to touch those private parts!

Children will be curious about body, which is quite normal, and you should not be perturbed when they ask you. 67% parents do use the actual names when teaching their children.

The million dollar question: where do babies come from? This is one of the questions which some parents feel is inappropriate curiosity in children. But it is a very normal question, in fact, you may have asked your parents the exact same question. Many parents give fake answers such as the ‘stork brought you’. This will actually make them more curious and if they turn to older children or other adults, they may receive an answer which might confuse them.

The right answer  depends on the age of the child. You might just say that he/she came from mummy’s tummy! This would make sense to them, as they see pregnant women around them, and can understand it as a fact. Most kids are satisfied with this answer, so you need not go into details when they are very young.

Experts suggest that you need not explain lovemaking to kids because they will not understand it at their age. However, there is an inappropriate curiosity in children, which might be due to the influence of movies, or they may have heard other children discussing it. Also, children should be taught the right words so that they can avoid molestation.

How to address childhood sexual curiosity Asking about where they came from and being curious about sex are two very different things. Children usually do not put two and two together. Most parents face the dilemma of answering this inappropriate curiosity in children, which is actually appropriate! There is a curiosity in all children and you should be happy that your child trusted you enough to ask you.

Depending on the age of your child you can explain about eggs and sperm. To a child who has attained puberty, you might have the ‘big talk’ and explain about intercourse and what is the age appropriate for it. Explain the dangers of unsafe intercourse, for example, venereal diseases such as AIDS and also about unwanted pregnancy. You may both feel uncomfortable while talking about this, but it is better that the child gets the right information from you.

However, it is very important not to overwhelm or embarrass the child while trying to address the inappropriate curiosity in children. At this time, you also have to set certain boundaries, such as teaching your child not to send nude photos to anyone! It sounds horrible, but it does happen, and the child in question often gets cyber bullied.

When your child asks questions which are about physical relations, if the child is older than 8 years, you should start monitoring their social media, emails and SMS, to discreetly check if they are receiving or sending explicit sexual messages or photos.

Your communication about the inappropriate curiosity in children should be positive and healthy, and suitable to the child’s experiences and development. If the child is happy with little information, do not press the matter, but reply when he or she asks again later. You might be shocked to hear explicit language or your child discussing specific intimate acts with their friends, or see another child displaying behavior which involves coercion.  This is one area where you should interfere gently, whatever the age of the child, and ask how they got this information. Very young children are abused by older children or adults around, which they may not understand as wrong behavior. If your toddler who is on daycare or preschool, or even older children, display certain inappropriate behavior, then you definitely should ask them, albeit gently, as to where they got the idea to do that. Heaven forbid, but it may be that someone around might just be touching them and saying it is ‘normal’ and your child may have accepted that, even though they might have felt uncomfortable.

You might decide to handle the situation on your own, but supporting your child 100% and ensuring that the abuse stops is of utmost importance.

As parents, we should never make our child feel ashamed or bad about abuse which happened. This game is played by many children, especially kids aged 3 to 6, when they reveal their body to each other. Explain gently that people are supposed to keep their body covered and they should never show their bodies to anyone.

Teach your children about consent , good touch and bad touch and also to set boundaries which no one should cross, whether it is touching, hugging or kissing. 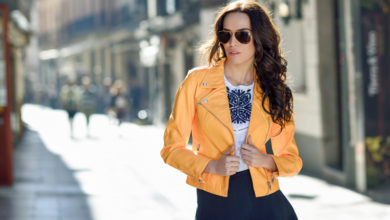 Beginner’s Guide on How to look unique (and not bad)

How positive parenting helps in better personality development of your child

How to use military parenting plan to reap its rich dividend