The interest drawing tourists for slum tourism in different parts of the world is focused on roaming wretched urban pockets. Here, nameless men sleep at night to wake up to an uncertain tomorrow.

How ethical is Slum Tourism?

It is the irresistible temptation to see how people thrown in abject penury thrive in a daily struggle for survival. A stark canvas portraying the gulf difference of wealth between the haves and have not sets the stage for slum tourism.

The concept of slum tourism is responded to with mixed emotions. To some, it is like a visit to the zoo – as if taking a glimpse into morbid distress of caged animals. It is exploitative in nature, gawking at the misery of slum dwellers and taking photographs for selling later or writing articles drawing public attention.

There is, however, another school of thought who considers slum tourism educative, hard working and yet cheerful, leaving the inhabitants of slums glorified. 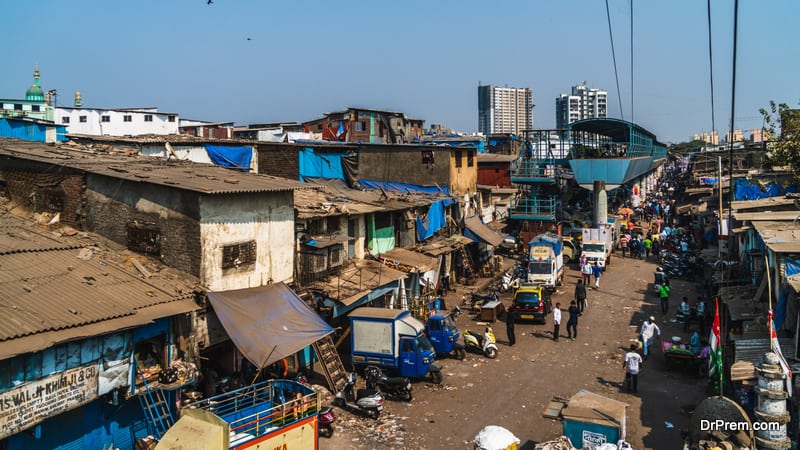 Slum tourism dates back to the 19th century when affluent Londoners visited the East End, where ghettos sodden with poverty and filth surprised the rich upper class. This form of tourism grew in popularity and it gave a kind of amusement, defying the moral responsibility to do something for the poor.

Hence forth the word ‘ slumming ‘ was included in the Oxford English Dictionary in 1894. Visits to the lower east side of Manhattan slums were a regular feature as were trips to a shanty neighborhood of South Africa in the wake of anti apartheid movement. The live spectacle of people thrown in a regular fight for survival was a popular element in such tourism.

Currently, slum tourism registers over a million annual tourist visits. Places like Johannesburg, Cape town in South Africa, Los Angeles and Detroit in the US, the Favelas in Rio, Brazil, slums of Mumbai and Delhi in India, Copenhagen in Denmark and Berlin in Germany have turned into hugely popular sites.

Slums represent a reflection of the social fiber of a nation. For a nation under higher echelons of affluence on a global scale, a slum is a blemish. It would be a portrayal of the glaring wealth gap among its citizens and that is socially and politically embarrassing.

Visits to slums end up in photography, which is later displayed in the media. Photography in turn provides impetus to public to visit the slums and get a firsthand experience of the sorry state of affairs.

These visits balance on a fine thread of ethics. Isn’t it some crude form of fun to enjoy sights of people rolling in filth who could not manage a square meal for the family? The irony is magnified when the tourists belong to the upper economic bracket – and in most of the cases, they are!

Isn’t there something obscene in the entire venture? These visits often ignite major arguments around a troubled ethical predicament. As more and more people cram into an already occupied space, the image of slums gets more pitiable.

Consequently,public opinion gets louder, NGOs launch into action, movie producers take it on celluloid, tour operators make a career out of it and tourists take a round along the stinking labyrinth of alleyways clicking their camera shutters all the way. In India, there is no dearth of slums; and Dharavi Slums in particular is the second largest slum in Asia. It ranks third globally, what an amazing achievement! 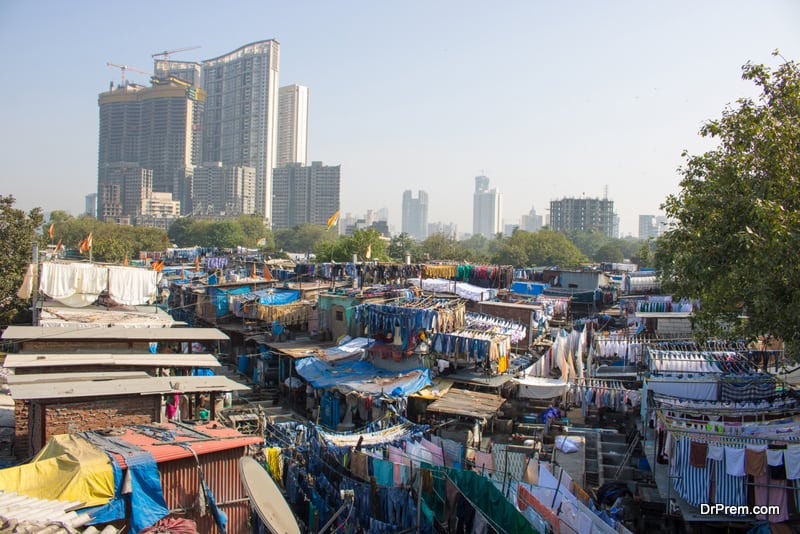 In India, this cluster of slums has assumed an iconic status when it comes to witnessing life trapped in a maze of nonstop toil for existence. Testimony of shabbiness raises its ugly head ubiquitously.

Basic amenities are denied, sewage overflows and health and hygiene is precariously at stake. Remember the movie Slumdog Millionaire? It has only been a catalyst for enhancing public inquisitiveness in and around Dharavi. The slum was in limelight quite sometime back for obvious reasons.

Though misery is the highlight, life keeps pulsating with a zest to make it big someday. Small businesses thrive and people work very hard and chat with each other in squalid humor. Plastics from all over India gather at Dharavi to be cleaned, melted, reshaped and recycled – engaging a workforce of 10000 laborers.

Washer men collect sheets from Mumbai hospitals, brush them clean and infuse them into the commercial cycle for reuse. No one is sitting idle; they cannot afford to. They are pressed into productive livewire manpower and rush to help neighbors in distress.

Migrants from impoverished regions scattered throughout India come here for a living. They constitute a mixed population of rag pickers, manual laborers, taxi and auto drivers and small time shop runners. Despite poverty, neglect, disease and aimless struggle, these people seem to be content and there lies the beauty of Dharavi.

It aims around live experience to explore complications of urban life where deprivation and poverty is the central theme. Tour organizers plan visits to various project sites where NGOs and other humanitarian organizations operate for benefits of local communities.

The aim is to make good a dysfunctional system of infrastructure which may include:

Reactions of people residing at slums: 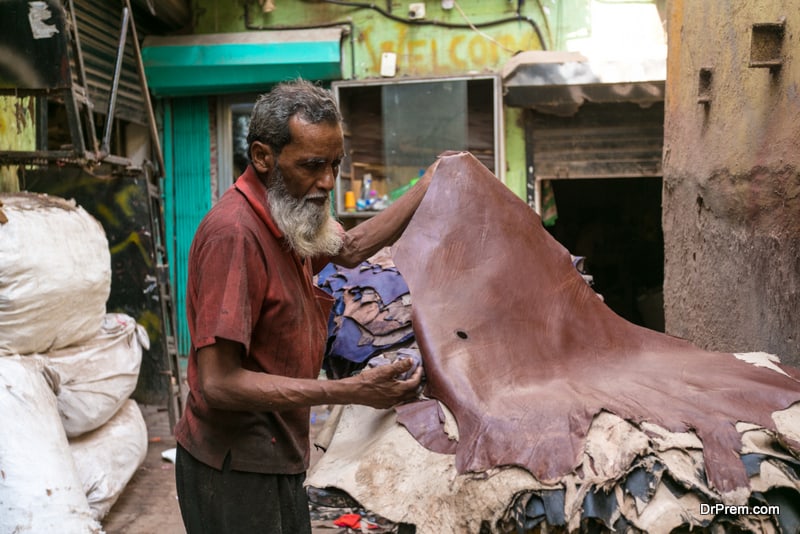 From reviews of visitors, it appears the inhabitants of the slum are mostly indifferent, unless you are a bug and want to step onto their shoes. But then, this is a universal response applied anywhere. That the tourist is rich and wants to make fun out of slum dwellers is an exaggerated notion.

If you help them with some cash or in kind, they feel good, if you don’t, they care a fig. However, the possibilities of theft cannot be ruled out. But again, that threat is not unique to a slum.

Pros and cons of slum tourism:

This kind of tourism has its share of advantages and disadvantages as explored here:

However controversial it may seem to be, slum tourism will continue to feed the curious tourist minds looking for something different. Weighing the pros and cons, it is clear this form of tourism opens enough opportunities for the slum development with honest support from government, NGOs, tour providers and tourists.