Archaeological sites constitute some of the top destinations with a heavy tourist draw. Top archaeological sites are scattered around the world, enabling us to explore finds and digs centered on ancient civilizations. Heirlooms, ruins and artifacts arouse the interest of historians and inspire them to dig into further.

What comes up may hold startling facts about culture, beliefs, philosophies and scientific achievement of a society buried in oblivion. Fresh finds and interpretation of archaeological remains generate tourist interest. But some of the artifacts are still shrouded in enigma despite meticulous investigations.

More the element of mystery, more attracted will be the tourist towards the site. Top archaeological sites and archaeological digs abroad and home may have reservations. Tourist visit impact may damage the delicate finds from the past. Body heat from the tourists may have an adverse effect on artifacts.

10 top archaeological sites for the lovers of antiquity: 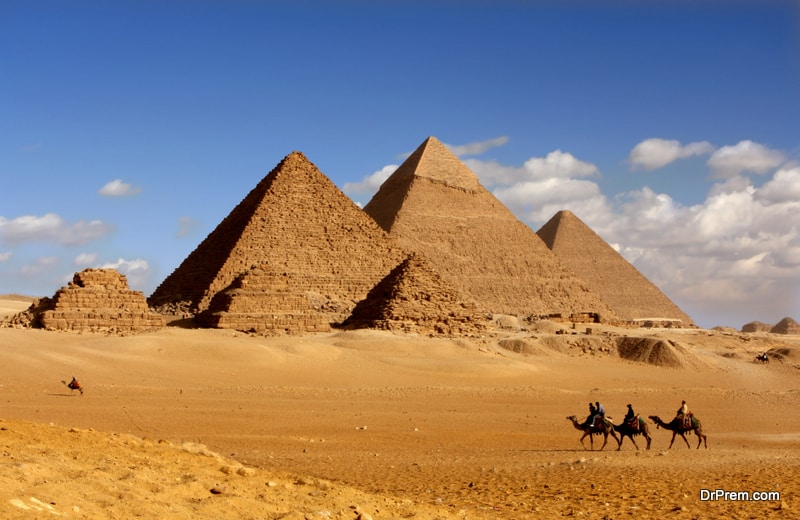 Egypt and its pyramids are among the top archaeological sites without a grain of doubt. Dating back 4000 years from now, Giza pyramids – the largest of Egyptian pyramids – were constructed during the 4th dynasty of the Egyptian empire. Scientists hold that ramps and cranes were used in construction.

According to an Archaeological journal issued in May/ June 2007, an external ramp was employed to erect lower third of the monument. It was re-employed in an internal ramp meant for construction of higher levels of the magnificent tomb. A micro-gravimetric survey bore significant results in the Great Pyramid of Cheops (Khufu).

Could you believe that the glacial bed of Tundra can be one of the top archaeological sites? Until recently, geologists and scientists held that glaciers generated forces of erosion, pulling everything along their flow route. But their opinions have been recently revised.

Since the dawn of civilization, Tundra landscape has remained buried under 3-kilometer thick ice sheet from Greenland accounting for 80 % of the land area. It is the second largest body of ice in the world after Antarctica.

Beneath this frozen sheet, organic soil stayed buried for 2.5 million years. Global warming has definitely contributed to reducing the volume of the ice sheet, but never melted it completely. There is a possibility that deep down the sheet, green earth still exists with strands of vegetation that went fossilized under the weight of ice. 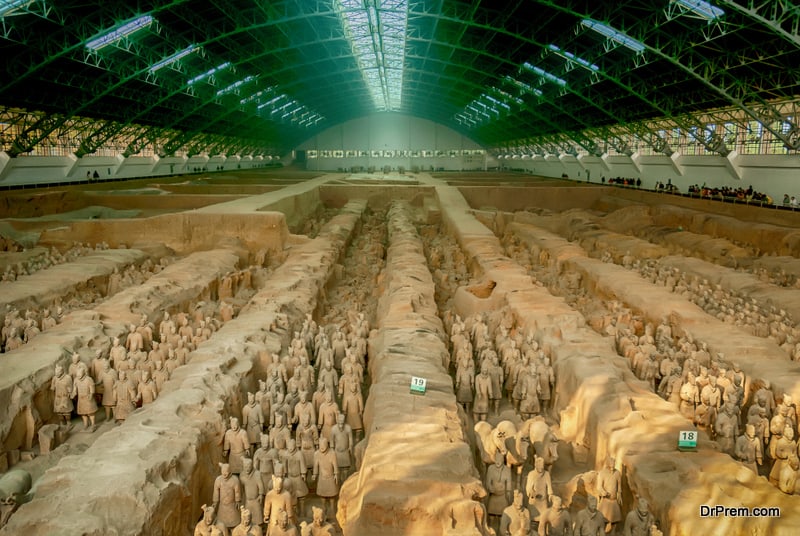 Located at an approximate distance of 30 km from Xian in today’s China, it shelters the mortal remains of the first Chinese emperor, who was also a merciless autocrat. He died in 210 BC and his tomb is believed to accommodate a replica of the entire city. This miracle of a model is also believed to contain rivers of mercury and a planetarium with stars crafted from pearls.

A troop of about 8000 life-sized terracotta soldiers with horses stands frozen in time in a dugout close by; all of them posed for an impending battle. Each soldier resembles the other in form, looks and posture. However, further excavation into one of the top archaeological sites has not been initiated by the Chinese government who thinks it is unmanageable to handle such a gigantic project. It is worth a visit nevertheless.

Archaeological digs abroad have always fascinated historians, archaeologists and to some extent, even the laymen. The subject of Archaeology itself somehow echoes whisper from the past. La Bastida situated in Murica of Spain is thought to be a famous Bronze Age city in Europe. Construction is awe inspiring and the citadels ensure robust security against external threats.

Running dig is only a part of a larger project. This is among the top archaeological sites in the world in a sense it is most exhaustive from every angle.  The site has an adjacent park called La Bastida Archaeological Park which includes a museum, research centre and library and tourist facility. 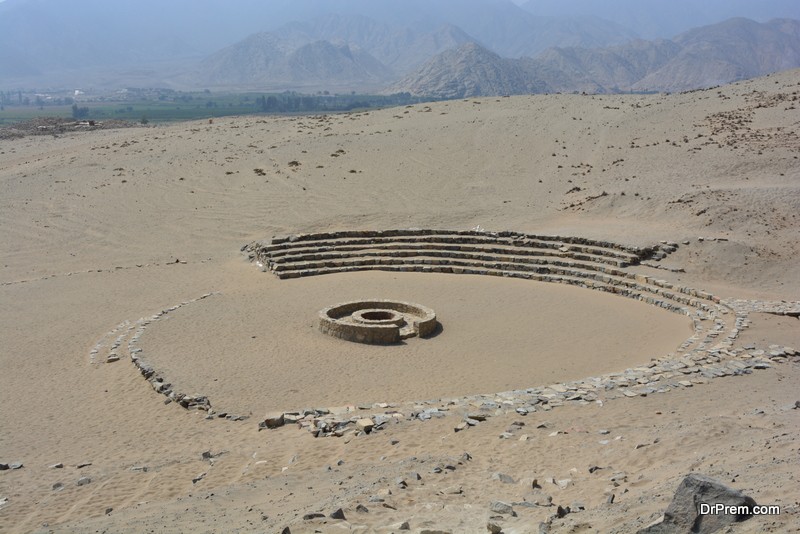 The site is situated in the Supe valley about 120 kilometers north of Lima one of the ancient cities in the Americas. Dug out in 1905, Caral is known for Pyramids, an underground amphitheatre and a bed of thousands of flutes made from pelican and condor bones.

Similarly, a large mass of cornets also lie in the site. They are crafted from Llama bones. Most notably, the Caral civilization had a strong influence on other civilizations as well along the Pacific coast including the Inca civilization.

This Mayan civilization site is also considered among the top archaeological sites and goes back to 2100 years, between 100 BC and 100 AD. This is the first town of its kind completely, built on wood and located in Yucatán peninsula of Mexico. By 200 AD, it reached the zenith of power and started controlling ports, mines, farming, manufacturing facilities and trading avenues of the region.

The city made a military treaty with neighboring civilizations such as Teotihuacán, Titkal and Calakmul. It had architectural influences too. By 1000 AD, this city became a seat of religion and construction of the 120-step Noloch Mul pyramid was initiated. 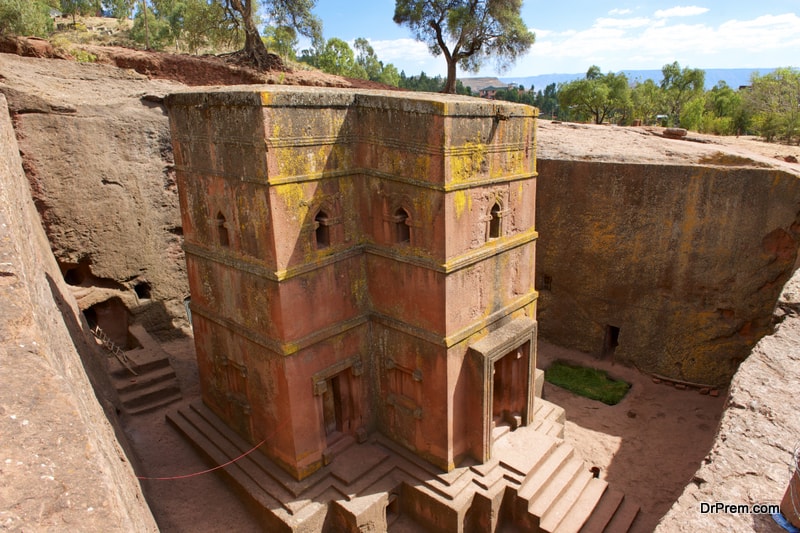 Archaeology can work miracles as it has done for Lalibela site. It has discovered cultural and religious roots between Ethiopia and Jerusalem. Back in time 2000 years, ago the queen of Sheba in search of Solomon, the king of wisdom, had landed herself in Jerusalem.

Their union gave birth to Menelik, the son who went back to Ethiopia. Subsequently, a mystic model of Jerusalem was built in Ethiopia by carving eleven churches in rock on a mountain top 2500 meters from the sea level. This archaeological find is now a UNESCO world heritage site and a must visit for travel enthusiasts.

This oldest town in the earth is located in an ancient part of Jericho and is about 10000 years old. The first settlement was made by a group of hunter-gatherers around 9000 BCE who built a citadel around the periphery to secure their stay.

Telles Sultan was dug up in 1868 with a final phase of excavation in 1968. Later, subsequent excavations dug out flint tools and houses made of mud brick where the inhabitants dwelled. Telles Sultan is under consideration for UNESCO listing of the world heritage site. 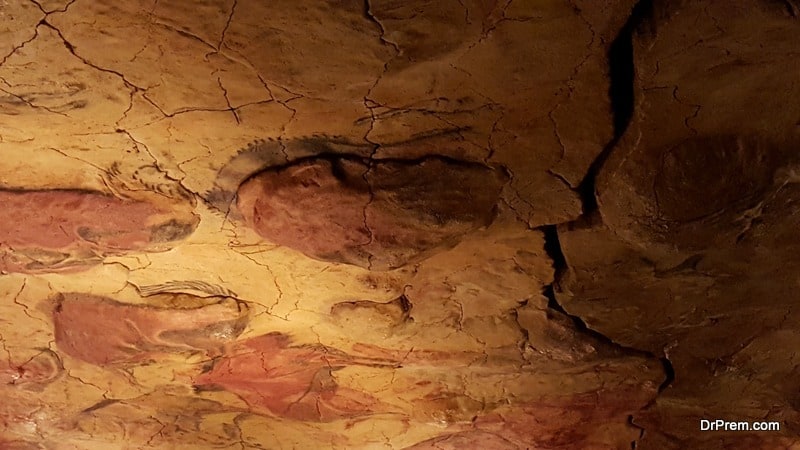 Caves of Altamira located in Santillana Del Mar, Cantabria, Spain is truly legendary for its cave paintings. It is believed to be more than 27000 years old and discovered in 1868 and hit by shovels of excavators in 1879. The paintings have a unique quality, they are also very different from those discovered in France.

However, in 2002, the caves were closed for public owing to the growth of mold on paintings only to be partially reopened in 2014. Tourist demand is so huge that every year only 5 tourists are selected by draw on a lottery for viewing.

The Etruscans ruled Italy from 900 to 400 BC, and their culture is cloaked in bafflement. As far as religious orientation goes, nothing much is revealed as they did not leave any text that would decipher the language they spoke and wrote.

A belief exists that they were worshippers of dark forces, but the truth is never been attested and assessed.  Etruscans were excellent craftsmen with a high degree of competence in metalworking. They showed skill in art, agriculture and trade – and ultimately mingled with the Roman Empire.

Whatever information we have about these enigmatic ancient civilizations comes from their highly embellished tombs. The underground pyramids in Etruscan dig sites could deliver some clue to the daily life of this mysterious community. Nevertheless, Etruscan underground pyramids are counted among top archaeological destinations.