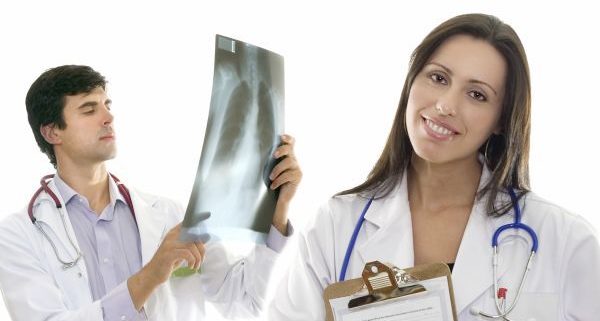 After last year’s successful promotional tour “Dallal fi Almania” (“Feel Good in Germany”), the German National Tourist Office (GNTO), the local affiliate of the German National Tourist Board (GNTB) in Dubai, addressed the GCC travel industry and media with a road show, which, in 2011 is particularly focussing on wellness and medical tourism. The final stop of the road show concluded on 27th of this month in Dubai and involved a series of workshops held by institutional, medical and tourism representatives as well as specialised doctors, coming from Germany.

The staged activities included discussions, exchanges as well as one-to-one workshop sessions, which also provided extensive networking opportunities to the participants. The road show, organized in partnership with Lufthansa, finds its grounds in a GNTB’s recent study, confirming that wellness, health and medical tourism places Germany among the favourite destinations of GCC and other international travellers. Given the increasing relevance of the health and wellness sector for Germany’s tourism, the GNTB also decided to dedicate an important part of its 2011 marketing campaign to this theme.

Having registered in 2010 a total number of 968,336 overnight stays from Gulf Arabs, which marked an impressive increase of 26.4% as compared to the data of previous year, the key importance of the Arabian Gulf market for the German tourist industry is fully consolidated. Germany places itself as the second most visited European country out of the Arabian Gulf region.

Excellent flight connections, high-quality infrastructures and hospitality services specifically targeted to visitors coming from GCC countries, have built up over the years Germany’s reputation as preferred destination for inbound tourism from the Arabian Gulf. GNTO always aims at further strengthening the international reputation of the German vibrant towns and cities, which are a mix of cultural richness and an eventful life. Nevertheless, also the diversified natural scenery, the abundance of greenery and the several shopping opportunities are particularly important when presenting in this region the main features of tourism to Germany.

“With this itinerant promotional tool, we aimed at combining and highlighting in the Arabian Gulf the traditional as well as the innovative pillars of the German travel industry” said Antje Roeding-Boudier, Director of the Marketing and Sales Office for the Gulf Countries at GNTO. “Germany’s healthcare system benefits from its unrivalled reputation abroad, thanks to its highly trained doctors and medical staff, the excellent medical infrastructure and the great offer in diagnostics” she explained.

The workshops showcased to the local travel industry, media, as well as medical experts and doctors initiatives aimed at becoming further acquainted with the needs of visitors from GCC countries, constantly growing in number. During the road show, Germany’s representatives, including many medical specialists, provided pertinent information about their respective areas, with the aim of engaging the travel industry from the Arabian Gulf countries. The dialogue between the German participants and their audience resulted in great enthusiasm on both sides and confirmed the effectiveness of the road show as strategic promotional tool.

GNTO has embarked on a strategy of engaging the GCC travel industry directly in the region through various activities. Therefore, continuous efforts to boost the positive image of Germany as an attractive destination for wellness, health and medical tourism have been staged at the most important trade fairs and workshops worldwide such as the Arabian Travel Market (ATM), taking place in Dubai every year.

In order to ensure the utmost service to its GCC visitors, the GNTB focused on producing specialised informative material in Arabic. This involved especially the realisation in the Arabic version of a print brochure entitled ‘Medical tourism – You’ll be well looked after in Germany’ which provides information for international patients as well as on traditional touristic highlights. Moreover, a special page, available both in English and Arabic and dedicated to health related tourism in Germany, can be found at the GNTB newly designed website www.germany.travel, under the section ‘Specials’.

Germany is located in the centre of Europe and the territory covers 357,021 sq km with elevation ranges from the mountains of the Alps in the south to the shores of the North Sea in the north-west and the Baltic Sea in the north-east. It has some of Europe’s major rivers like the Rhine, Danube and Elbe. Germany shares borders with more European countries than any other country on the continent. Its neighbours include France, the Czech Republic, Austria, Switzerland, Belgium, Luxembourg, the Netherlands, Denmark and Poland.

*About the German National Tourist Board (GNTB):*

The German National Tourist Board (GNTB), based in Frankfurt-Germany, works on behalf of the Federal Ministry of Economy and Technology and is the national organisation responsible for promoting Germany as travel destination around the world through a broad range of marketing services. It has 29 permanent foreign offices. The GNTB pursues two main objectives: to enhance the positive image of German towns, cities & regions and to promote travel to and within Germany.

From its office in Dubai, the German National Tourist Office (GNTO), the local affiliate of GNTB for the Gulf Cooperation Council (GCC) countries, promotes through various activities the travel destination Germany within the region. In 2010 around 970,000 overnight stays were generated by GCC nationals in Germany, and the Gulf Countries are among the Top 20 source markets of the country. For 2020, the GNTB forecasts 2.3 millions overnight stays of GCC nationals in Germany.

Xobni vs Gist – Which is better?
Scroll to top