People who don’t have first-hand experience with depression often imagine that it’s nothing more than feeling a little blue at times, and that people should be able to control it if they just work hard enough. Sufferers of depression are often seen as whiners and malingerers, people who just need to snap out of it, and get on with it. In fact, the stigma behind depression is so great that even people who have the illness, and know first-hand exactly how debilitating it can be, labor under the mistaken belief that they should be able to control their condition through sheer force of will.

That mindset is deadly.

Things You Need to Understand About Depressions

The first thing is that depression is not just an attitude problem that can be fixed with a little tough love. Depression is a serious illness, with a physical cause. Depression is caused by a chemical imbalance in the brain – either the brain does not make enough of the necessary chemicals, or it uses them too quickly, or other chemical process in the body block the brain’s ability to respond to those chemicals. People with depression have no more control over their brain chemistry than people with cancer have control over their mutated cells.

The third thing is that people with depression can’t lift clinical depression by watching funny movies or thinking positive thoughts, because they don’t have the brain chemicals that make that sort of thing possible. Expecting someone with depression to just cheer up or snap out of it is like asking someone to skydive without a parachute. They are going to crash, because no matter how many times they pull that ripcord, the chute’s not there.

The final thing is that 15 percent of people with clinical depression die by suicide.

The Stigma of Medication

People in this country have mixed feelings about drugs. On the one hand, a lot of people recognize and respect the life-saving qualities of many pharmaceuticals. On the other hand, they also believe that we are taking entirely too many drugs.

However, “most-prescribed” is not the same as “over-prescribed,” and it doesn’t automatically mean “unnecessary” either. Roughly 13 percent of Americans are taking antidepressants, and a large reason for that is that approximately one in ten adults suffers from depression.

The implication that antidepressants are unnecessary and overprescribed combined with the existing stigma about depression, means that the people who often need them the most don’t get them. 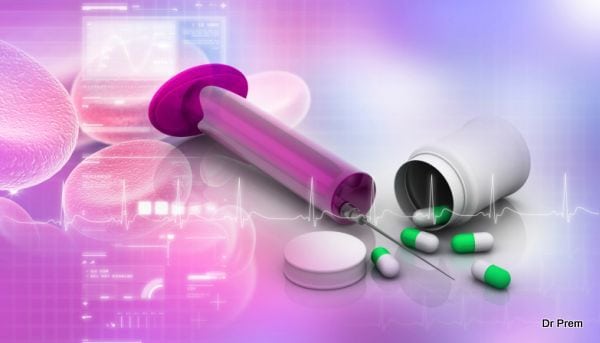 The problem is that when people with depression don’t take antidepressant medications, they end up medicating themselves anyway.

People with depression and anxiety are three times more likely to have drug and/or alcohol problems. People use these substances, instead of antidepressants, to self-medicate against the physical, mental, and emotional effects of the disease. For people with depression and anxiety, who are unmedicated, stress can trigger even more drug and alcohol use.

Unfortunately, the drugs and alcohol don’t really help, and can often cause more problems. For example: alcohol might “take the edge” off the anxiety in the short term, but it is a central nervous system depressant and can make the overall depression worse.

There are several resources that insist that depression can be treated and managed without medication. Dr. Oz and Dr. Mercola, to name a few, both list natural antidepressants at their sites, which they swear are better and more effective than prescription drugs, and have fewer side effects.

The reality is that an overwhelming majority of the recommended dietary supplements have shown some promise in a hand-full of clinical studies, but have also been found completely ineffective in others. In fact, for all of the most commonly recommended natural remedies, the Mayo Clinic indicates that more research is needed, and that these alternatives should not be used as a substitute for medical diagnosis and treatment, which includes antidepressant medications.

Is there a problem with drug abuse, and especially prescription drug abuse, in this country? Absolutely. But high prescription rates for antidepressants are not necessarily the cause, and they might actually be a solution

7 Ways to Cope With Stress at Work Next Year