My recent trip to Lithuania, a small European nation flanked by Latvia, Russia, Poland and Belarus on all bordering sides was perhaps one of the most sensational trips for a wanderlust like me. To crown it all, the Vilnius ‘ Hot Air balloon ride ‘ was the cherry on the cake, I flew with friend and colleague Laimutis Paskevicius and Renee Marie Stephano. The beautifully landscaped terrain of Lithuania is primarily a low lying glaciated level land with heaps of picturesque sand dunes running along the coastline. The south eastern part of this amazing country is where the magnificent lake strewn hills rise above the plains. The central part of this spectacularly wonderful country is a little marshy and crisscrossed by several rivers namely Neman and the Neris that have enhanced its powerful tourist appeal.

Balloon Ride – The charm and the appeal:

The cynosure of my trip to Lithuania was the famous hot air balloon ride that we experienced it while in Vilnius the capital city of Lithuania which stands majestically on river Neris. We flew high over the cityscapes, rivers and meadows filled me with a great thrill as I felt that it was going to be a unique experience in all respects.

Laimutis Paskevicius helped us to book flight in advance to avoid the last minute rush or encountering the bitter possibility of missing the flight altogether in our current visit as a lot depended upon the weather conditions.

Ready for the Ride:

The ride started well before sunset when the air was light and there was the least air turbulence in the sky. The balloon was inflated by a gasoline powered fan generating cold air. This was another awesome thing to watch! As the air was pumped in the balloon gradually took shape and we boarded the huge neoprene vehicle and were gradually borne aloft when fired by hot air.  All of us were overwhelmed with joy. I am coming to the descriptive part of the ride shortly. But I can swear after we hit the ground after the ride had culminated it was the most gratifying ride that I would never forget in my life.

The hot air balloon ride over the city of Vilnius brought us a wonderful access to a bird’s eye view of the scenic splendor that lay perhaps several hundred meters below. It was perhaps the easiest way to relish the incomparable beauty of the panoramic view of the city of Vilnius and the wild country side that stood on the fringes not very far from the din and bustle of concrete jungle.

Vilnius is a name synonymous with hot air balloon riding as the rides over the city holds the record for rising to enormous altitudes over sea level. In fact, very few hot air balloons reach this height above the city, and they are absolutely no match for what Vilnius offers its overjoyed balloon riders. A cold draft hit us giving a soothing feel as the balloon gracefully cut across the crispy sky powered by hot air. The kids were so excited they went gaga over this kind of fabulously adventurous exposure they could ever dream of.

Making the best of the opportunity:

Realizing the photo opportunity, I made the best use of every precious moment that went past hitting the shutter of my long zoom camera lens capturing the arial views of the hazy vista that lay far far down beneath the occasional film of flaky clouds that drifted lazily across the sky. The weather was great and the sky crystal clear save for a little haze around due to some climatic conditions I guess. However, it did not interfere with the joy of the trip and neither with the high quality of the photographs taken.
As our balloon trip progressed through the eternal blue, the scale of thrill mounted and we fervently wished this trip must not come to an end. It should be a never ending story of perpetual bliss that heightened our emotions and elevated our moods to a new scale imparting a new definition of physical and mental fulfillment.

The flight over the old and historical town of Vilnius was just fantabulous. It was a heart throbbing pleasure to view the famous landmarks that lay below sprawling over hectares of green in all their regal magnificence. After gliding over Vilnius and leaving the city behind, we drifted over the unspoilt country side and had a glimpse of the moving fauna below. A herd of stags offered excellent photography and I made quick use of the opportunity that came by. The hours spent in the balloon were brilliant and the crew was hospitable and warm as if we had known each other for ages. The fabulous ride gave us an unrestricted field of vision in which we could locate the airport with prominence.
The flight over the renowned Trakai castle was awesomely impressive. The architectural grandeur was clear from the sky. The bastion was constructed by people belonging to various nationalities. They have put a lot of effort in conserving this castle as well. Tartars, Poles, Jews, Lithuanians and Russians have had their share of legacies in this castle.

Just prior to the ride in the sky I explored our transportation media from close quarters when it was in a deflated state gaining knowledge about its mechanism of flight from the crew around.All they had to deliver was that hot air balloon is an ancient but very effective human transportation flight device that predated the invention of earliest workable aircraft models. It contained a pouch- like bag called the envelope having enough potential of enclosing hot air inside.

Just beneath the envelope hung a wicker basket also known as gondola where passengers like us would be accommodated. It also carries a source of flame that would heat the air inside the envelope incessantly producing a buoyant force upward aiding the balloon to get borne aloft along with the passenger. It glides along the direction of wind flow so on our ride we did not get the gush of air hitting us except when the balloon altered height maneuvered by an inbuilt altitude- adjusting mechanism. However, although the balloon kept moving we hardly felt any motion that steered us ahead. The entire vehicle appeared stationary and that for sure gives you a gut feeling sense of safety!

Our pilot Gregory was a veteran with an ocean of sky experience and an in-depth knowledge in flight technology, meteorology, aircraft modeling and pneumatic balloons. The confidence and calmness that beamed from pilot Gregory’s green eyes boosted our feeling of safety at this dangerous attempt of braving astounding heights in manifolds.

All on a sudden, Gregory shouted over the roar of the flame and gas that it is the time we would land. Up in higher altitudes and with the constant whine of the flame overwhelming we had to shout literally to hear each other. The balloon gracefully descended as our pilot hit the levers that reduced the distance between the ground and our craft slowly. As the vertical height altered we started experiencing the gush of wind once again hitting on our faces.

We came down in all elegance and the balloon softly hit the ground with a light thud. The landing was right in the middle of the Lithuanian countryside with stealing beauty. Thatched old fashioned cottages were constructed amid pastureland with tufts of greenery visible here and there. Cattle and sheep grazed on silken meadows and the air was fresh and ambiance pristine.
The crew invited us to a brief but vibrant ceremony where we all sang a chorus and raised a toast with our grips holding sparkling champagne in exquisitely carved goblets and we all celebrated our first flight of the day. It was a sweet reminder that the trip had ended for the day. We were flooded with emotions listening to legends about the first balloon ride way back in 1723 and how rides then differed from that of today!

Lots of exchanges of greetings and good wishes flowed between us when I located a group of country kids rushing right at us.This was the first time we had an opportunity of meeting Lithuanian country folks. They were ten in numbers and aged roughly between nine and fourteen. They were extremely jovial and anxiously gave a hand in packing up the balloon and other flight gears. This was a regular playful activity for them I felt. The kids had a radiant look with cheeks as pink as cherubs which was an indication of possible consumption of apples and pears on daily basis. It was fun galore, and the air was charged with mirth. Lithuanian balloon ride experience is deadly, and I would love to revisit this country just for the fun of this awesome exposure. 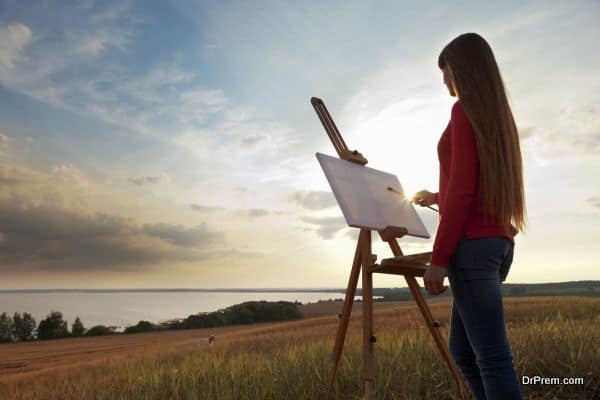 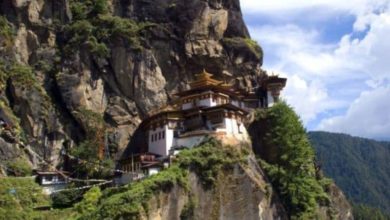 Your virtual tour of the mesmerizing Paro Valley of Bhutan 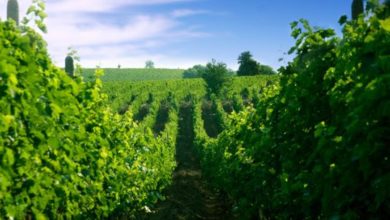