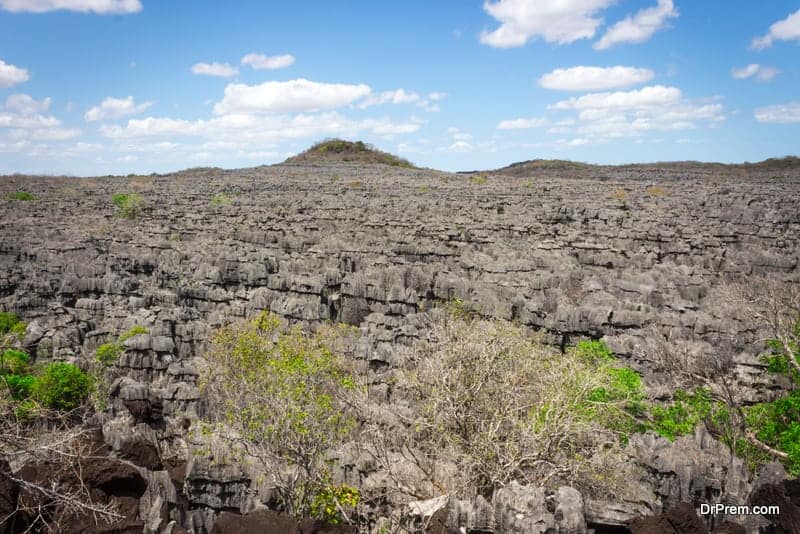 The Stone Forest is formally known as Tsingy de Bemaraha National Park in Madagascar. It has been declared a World Heritage Site by UNESCO. This is a magnificent place where no one can walk bare footed. The 666 Square Kilometers are thronged with Sharp and high rock formations. These rocks are made of limestone. People not only come here to see the weird rocks that are so sharp and dense but also for the endangered species of lorises. The vertical and horizontal erosions that occurred for ages in the uplands have created wonderful fissures and karst.

If you look at the Wave Rock you will feel as if some magician has turned a huge see wave into stone. It is located in the western part of Australia. It is around 15 meters tall. 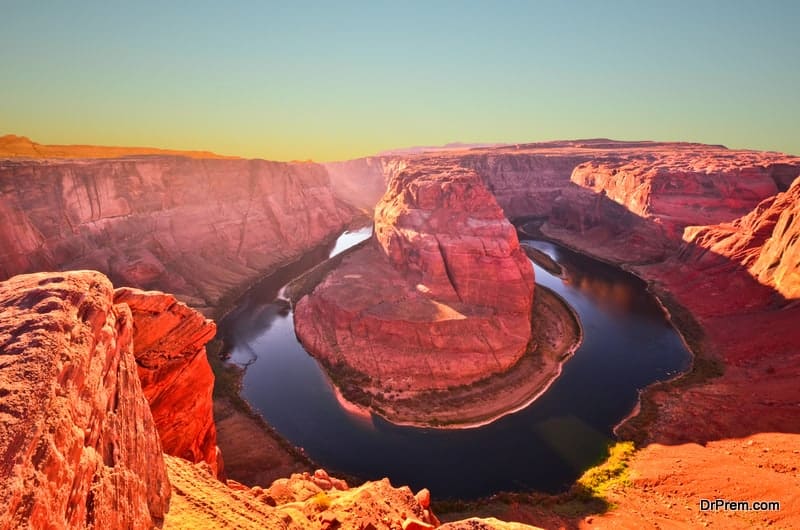 You have to visit Navajo near Page in Arizona if you want to behold the beauty of the magnificent slot canyon called Antelope Canyon. It is a geological wonder because of its amazing beauty. There are no slot canyons in southwestern USA that is comparable to it. It has got two parts named The Crack or the upper Antelope Canyon and The Corkscrew or the lower Antelope Canyon. Heavy floods and rain water rivers flowing through the rocks have given the rocks there unique shape.

The Gates of Hell:

In Turkmenistan there is a city called Darwaza. The Gates of Hell is located in this city. It is a deep hole which is burning continuously for the past years. Inside this hole an excessive amount of natural gases is stored. Some geologists dug this hole and could not do anything but run when the ground underneath suddenly collapsed. 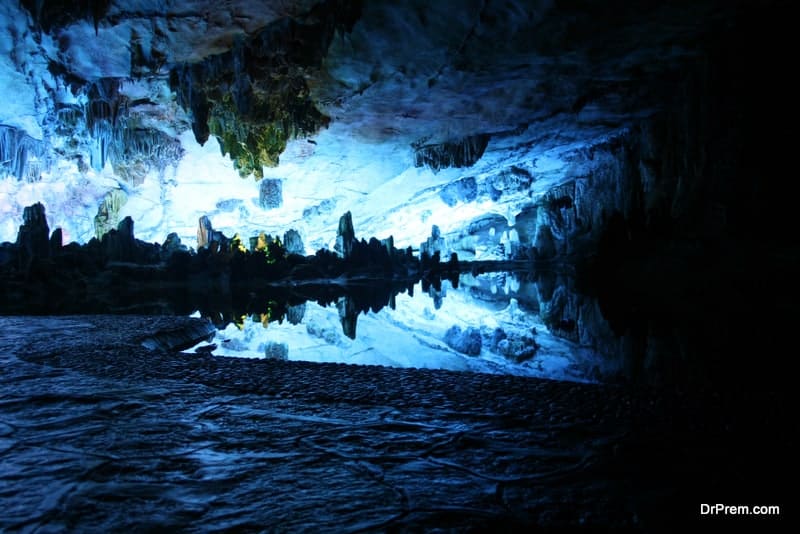 The Reed Flute Cave is also referred to as the Palace of Natural Art. It lies beneath the city of Guilin located in China. The bizarre yet splendid rock formation in the cave is fascinating. It was discovered during the reigning period of Tsang dynasty. Artificial lights have been used to enhance the beauty. Lots of travelers visit the grotto here every year. It is 240 meters long.

Eye of the Sahara, Mauritania, Sahara:

The 50 Km wide Eye of the Sahara was discovered by astronauts. It is an outcrop that looks exactly like a very huge eye from space. It is a result of erosion of rocks in the western part of Sahara. 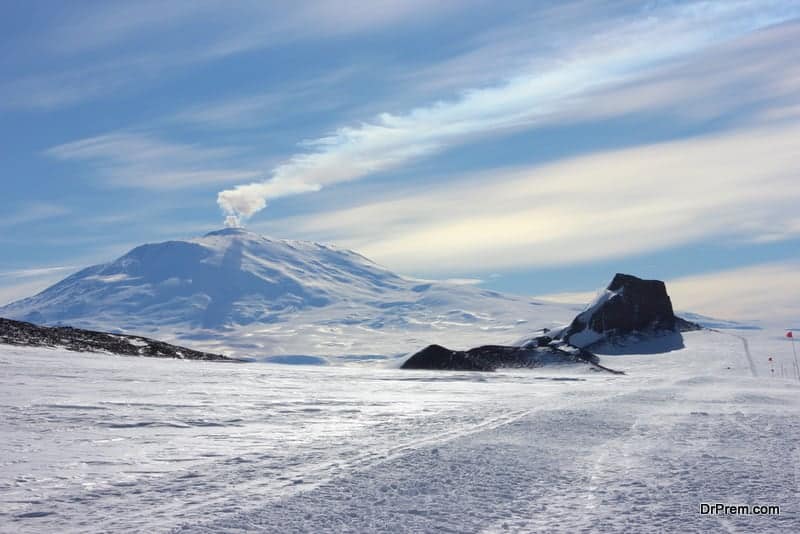 Mount Erebus is a volcano located in Antarctica. Above ground it is covered with lots of Ice Towers. There are hundreds of ice towers and they may look as if the 12,500 ft high mountain has suddenly got stubble. They can be very tall, and some of them are around 20 meters high. Steam from the volcano comes out from them.

If you visit Pamukkale in Turkey then you must visit the enchanting water terraces there. There are lots of water terraces made of travertine. The hot spring waters deposit calcium carbonate and with time when the calcium is only left then the terraces form. 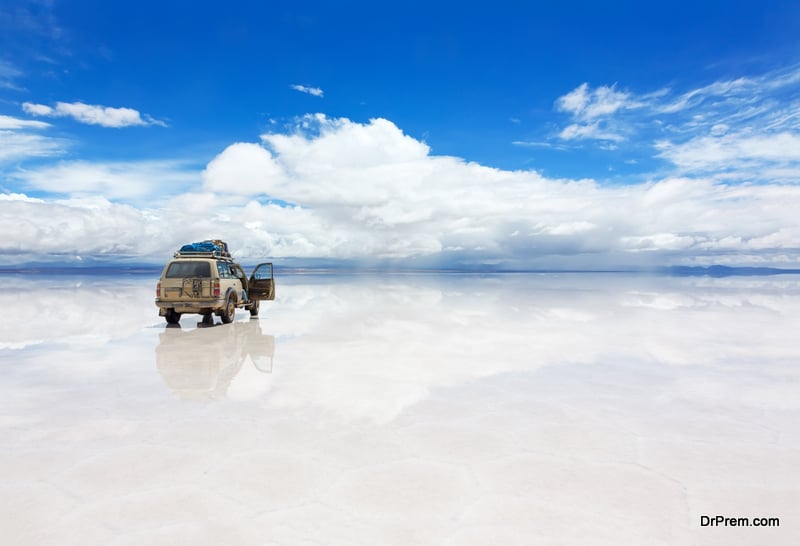 The Salar de Uyuni is the biggest dried salt lake of our world. This amazing salt lake is located in the southwestern Bolivia, some 3000m over the Andes Mountain. It is 25 times larger than the Bonneville Salt Flats in the USA. The salt in the Salar de Uyuni comes from the Lake Minchin. The ancient lake dried due to the dry mountain air and evaporated leaving behind the salt. If it rains then the Salar de Uyuni becomes the most picturesque and largest nature made mirror and reflects the whole sky above the Andes. It is an amazing spot for tourists who love to discover new things.

Crystal Cave of the Giants, Mexico:

There is a mine in Chihuahua, Mexico where the inner part is filled with crystals. These crystals are as tall as pine trees. The golden and silver crystals create a spectacle that you don’t want to miss.