Same sex relationship has been made legal in many countries around the globe though it was not liked by many few years ago. Even now, a large percentage of people do not support same sex relationships or marriage, as they believe it is against the ancient culture and it will not benefit anyone anyways. The supporters of same sex marriage do term is as marriage of equality. In modern days, the first same sex marriage happened during the first decade of 21st century. The emotional, physical, and sexual relationship between two men is termed as Gay relationship. As of 2013, thirteen countries have legalized gay relationship. The countries allowing gay marriage are Argentina, Belgium, Brazil, Canada, Denmark, France, Iceland, Netherlands, Norway, Portugal, Spain, South Africa, Sweden. Many of the countries have also proposed bills to make same sex marriage legal in their countries. Those countries are Andorra, England and Wales, Finland, Germany, Ireland, Luxembourg, Nepal, Scotland, and Taiwan. The implementation of gay marriage has become a political, social, human rights, civil rights and even religious issue in many countries.

Gay couples also want to spend quality time with their partners as normal couples do. However, it might not be possible in many countries. If you are a gay and you want to go on a holiday with your partner, you need to be proactive enough to find a holiday destination which allows gay couples to enjoy their freedom and does not discriminates.

Let us discuss few of the places that allow and favor gay relationships.

San Francisco not only spreads it arms for gays it is also open for lesbian. Overall, San Francisco supports same sex relationships. There are a lot of bars and business points for gay couples. Around a half of million gays and lesbians from all around the globe party in the street on last Sunday in June every year.

Mexico City is the largest city in North America which provides you with plenty of hips or stylish neighborhood with a significant gay followings. Mexico City also has a pulsing gay club district, Zona Rosa to provide the gay couples with the fun they expect. This modern city is also home for plenty of hotels and boutiques that are meant for the gay couple who are deeply in love breaking the barriers of the whole world. Here the taxis are cheap, the restaurants offer value for money and it has a very good lodging base for the gay visitors. The Hotel Condesa and a gay owned Condesa Haus extends amazing offers for the gay couples to stay there and enjoy their love life.

Montreal is a city full of fashion, cuisine, nightlife, sex, and of course gay freedom. There is a festive gay village where you can avail a lot of lively cafes, gay bars, saunas, strip clubs, restaurants and reasonable priced hotels to stay. The gay friendly Opus Hotel offers you with a very good dining experience in a very reasonable price. If you are planning to visit Montreal with your gay partner, do not miss to visit Vieux-Montreal and the Latin Quarter.

Philadelphia is one of the largest supporters of same sex relationship. It has been trying to legalize gay marriage also. The city is full of visual and arts scene to make the gay couples feel home. Philadelphia also offers many outstanding restaurants and a romantic nightlife for the gay couples. There are lots of cheap yet worthy hotels to spend time with your partner.

San Antonio might be famous for its downtown Riverwalk, which is lined with breezy outdoor restaurants and bars but it is also considered as a paradise for gay couples. It offers the gay couples with the South town neighborhood and King William historic district where they can spend quality time with their love. The city also offers many affordable gay friendly restaurants and bars. Ayres Inn is the most popular gay destination in San Antonio.

Though this city is considered to be a very popular tourist destination, it has many attractive things to offer to the gay couples. This city is pretty affordable and situated on the shores of Lake Michigan. The shores of Lake Michigan are believed to serve home for many gay couples. This city hosts the country’s largest gay pride festival. Gay travelers often visit this city to have fun. This city also provides notable accommodation at lowest prices to surprise the gay couples.

Guadalajara is a culturally rich and affordable city, which is also very friendly for gay couples. This city has a vibrant number of gay couples residing in it. The city has around two dozen gay bars to serve the gay visitors with pleasure. There are also gay friendly coffee houses, restaurants, colonies and many places where the gay couple can find their space.

Wildlife destinations for greatest experience on the planet 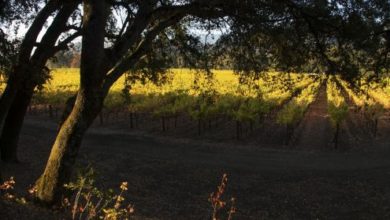 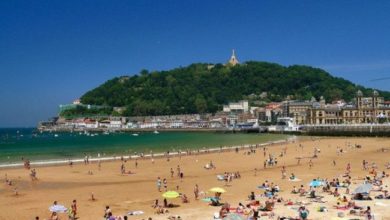 Adventure activities to do in San Sebastian, Spain