Your first trip to India? Then you would probably have a list of all the popular tourist destinations in the country that you want to visit. However, there are certain offbeat destinations that definitely need to be included in your travel itinerary as well. And here are some of those must-visit places.

Also called as the ‘Skeleton Lake’, the Roopkund Lake gains its name from the mysterious epidemic that killed nearly 600 people in the 15th century A.D. The lake is located in a very formidable location high up in the Himalayan Mountains and possesses an eerie aura of death that can be felt for miles around.

No one exactly knows as to why there are so many skeletons in the lake and what made so many people lose their lives at the same time. While some attribute it to an avalanche, epidemic or suicide, others attribute it to the wrath of Latu, the local deity who is said to have brought down a hailstorm on these travelers and then thrown their bodies into the lake.

Situated high above the mountains of Ladakh in a small village called Leh is the astonishing Magnetic Hill. The hill is so called due to its mysterious magnetic power to pull entire cars uphill while the engines of the latter are turned off. That’s right!  You will actually move uphill without so much as turning the key in the ignition.

Although the Magnetic Hill’s amazing properties is attributed to its so called magnetic properties, scientists have dismissed such claims and declared that it is actually an optical illusion that makes travelers believe that they are traveling upward. Nevertheless, the sight of an idle car moving uphill can make up for a very interesting scene. And if that is not enough, you have some really spectacular sceneries at a height of 11,000 feet to enjoy.

Ever wondered whether you would be able to visit those magnificent floral gardens frequently featured in movie songs? Not to worry. Just catch a bus or train to Uttaranchal and you will step into one of the most beautiful natural wonders on Earth, the Valley of Flowers.

Covering a total area of 87.5 square kilometers, the Valley of Flowers is part of the Nanda Devi National Park and houses some of the rarest flowers on Earth, including primulas, orchids, daisies, poppies, marigold and anemones. The park also houses medicinal plants like Aconitum violaceum, Dactylorhizahatagirea, Podophyllumhexandrum, Polygonatummultiflorum and Fritillariaroylei. Visit the place and you will be spellbound for sure!

If you love ghosts, then opt for a visit to Bhangarh, the scariest place in India. Deemed to be haunted for centuries, Bhangarh is located near the Sariska forest in Rajasthan. The town is open only during the day and does not allow visitors to enter it after sunset and before sunrise. Even the Archeological Survey of India preferred to stay away from the place and does not have an office at the site until date.

So what makes the town of Bhangarh so spooky that no local or tourist dare venture near it at night? Legend has it that the entire town was evacuated overnight owing to the curse of Guru Bala Nath, a forbidden soul whose tomb can still be found in the town. Legend also has it that several individuals who tried to enter the haunted town at night never came back!


While in Rajasthan, make it a point to visit the Karni Mata Temple which is dedicated entirely to rats! You heard it right! The temple overflows with rats and visitors actually consider them as deities.

The story behind the Karni Mata Temple says that many years ago, Goddess Karni Mata requested the God of Death, Yama to bring a storyteller’s son back to life. When her request was denied, Karni Mata got all the storytellers reincarnated as rats. The rats at the Karni Mata Temple are considered sacred and are often petted and offered food and milk from devotees. The rats are quite accustomed to the presence of humans as well. Watch your step though for if you accidentally step on one of these critters (and kill them), you would need to offer their weight in gold to appease the Goddess!

Situated in a Kangra district of the state of Himachal Pradesh in India is the small mountainside village of Bir, which houses a Tibetan colony and several monasteries. Surrounded by lush tea gardens, Bir is considered a haven for paragliding enthusiasts who throng the village during the flying season (usually between September and November) every year.

Billing is a meadow located at a height of 8500 feet and about 14 kilometers from the village of Bir (so the name Bir-Billing). The meadow is literally flooded with adventure lovers and plays host to several mountain sports events and international paragliding competitions.

Want to visit another really spooky place in India? Try the Valley of Death in Assam. Thousands of tourists flock to this valley located in the Halflong ridge between the months of August and November every year to witness one of the most eerie and unexplained events on Earth, the so called mass suicide of thousands of birds that descend the valley during this period.

The winged creatures simply fly into the valley in huge numbers and die there! Several explanations were put forward to this bizarre phenomenon ranging from rapid weather changes to poaching. However, until now, no one has come up with a valid explanation for this strange behavioral pattern of the birds that literally fly into the Valley of Death, never to fly out again!

Welcome to India’s own mini Switzerland! Located at a height of 2000 meters (above sea level) in the Himalayas, the quaint little hill station of Khajjar is what post card dreams are made of! The village will captivate you at first glance with its quaint blend of a beautiful forest, a lush green meadow and a serene lake right in the middle of it. A quaint little isle floats in the middle of the calm lake. If all this does not take your breath away, an exhilarating downhill run inside a transparent plastic orb or ball(called ‘Zorbing’) will definitely do! 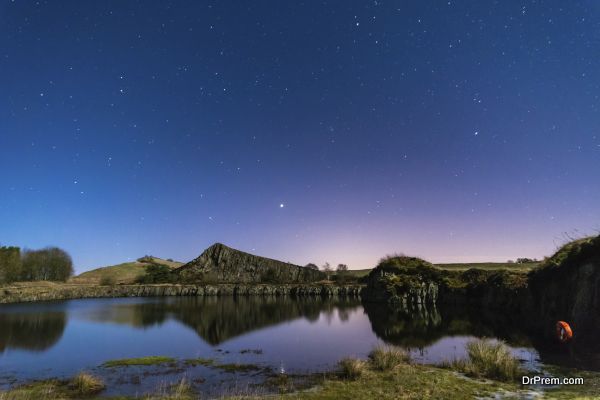 Going on a nature adventure across UK 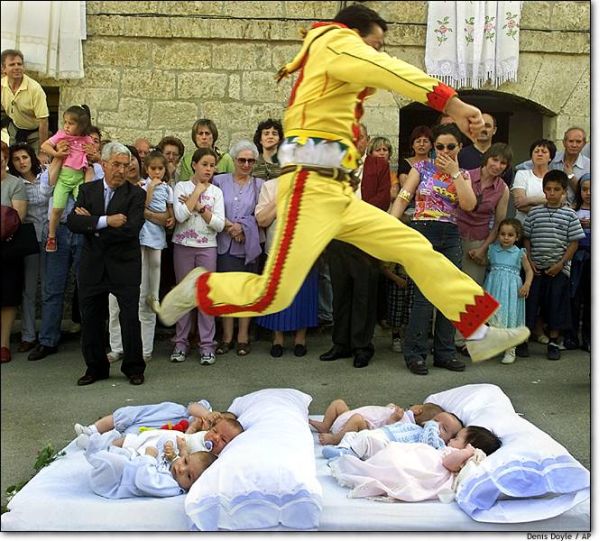 Celebrating the unusual – Places where weird festivals are celebrated 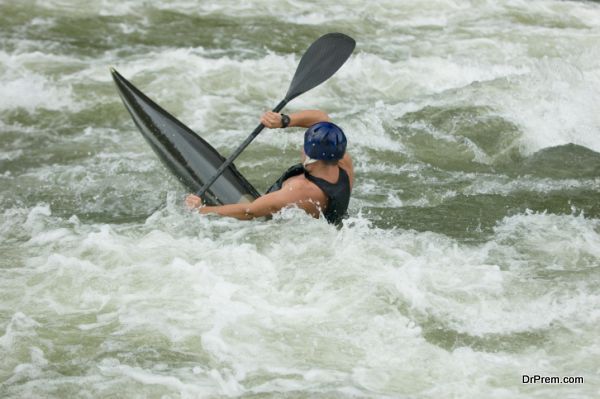 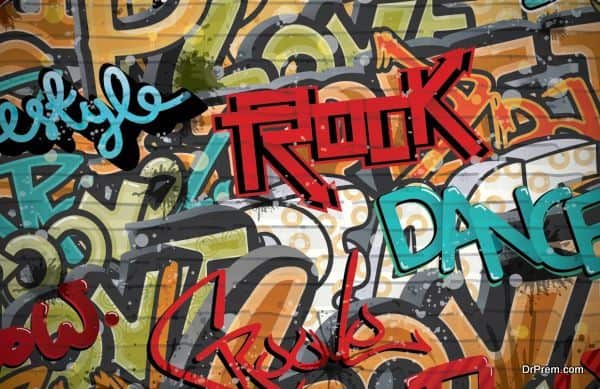