Ethiopia, the Land of Origins, surprises visitors with amazing landscapes, diverse cultural heritage, its historical past, and a strange blend of tribes. I was fortunate enough to see some of tribal folks of the region during my recent visit to Ethiopia. Konso, I must say, is an amazing tribe that prides it in being rooted to their age-old customs, traditions, and beliefs. The Konsos primarily dwell in Ethiopia’s Southern Nations Nationalities and People’s region located south of Lake Chamo just on the Sagan river meander. They live in large towns, each of which is administered by a council of elderly wise men. 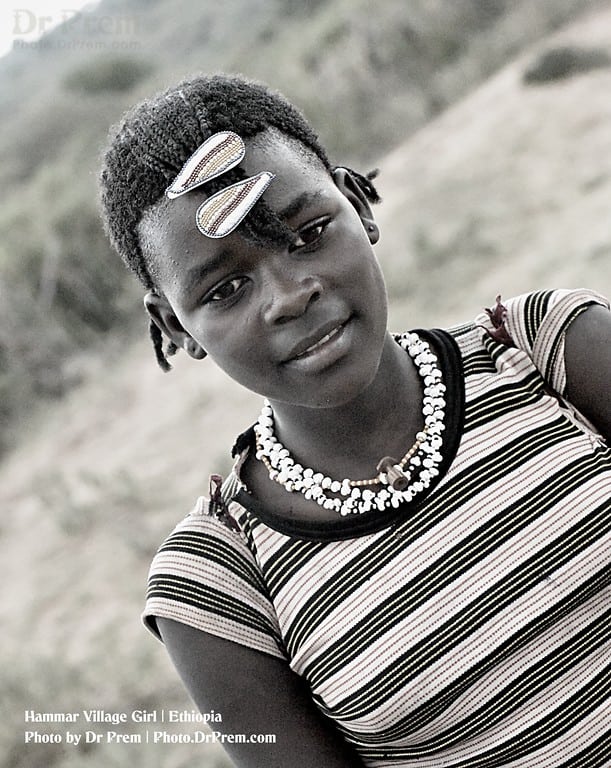 Konsos have high cheek bones and pointed chins, with their complexion ranging from reddish brown to dark shade. While some Konso individuals have well built enormous body frame and thin lips, others have a shorter stocky structure with prominent Africoid phenotype lineage. The somatic features are more pronounced in Konso women. Compared to other tribes, displaying a mixed look inherited from agricultural pre Nilotes who made their advent in the Ethiopian country 5000 years back, the Konsos exhibit Negroid features. Despite their Negroid features, I found the Konsos very handsome and well built. 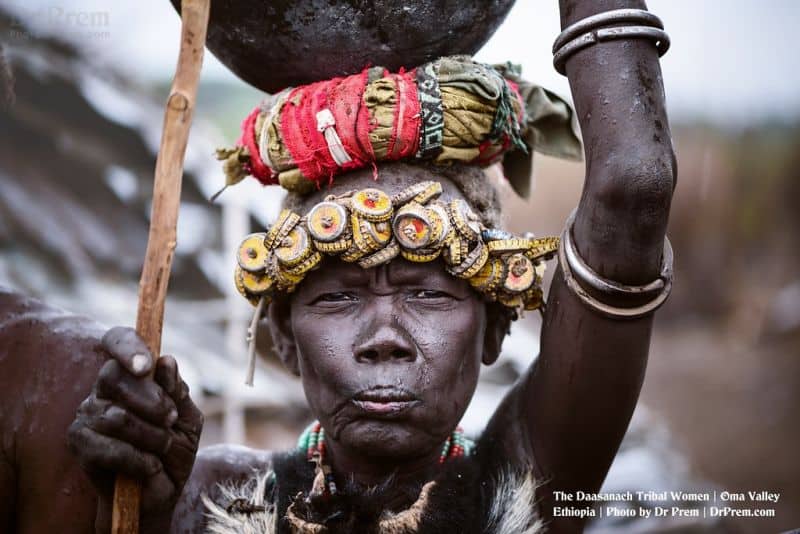 So far as the custom goes, the Konsos follow a traditional religious belief system based upon the worship of Waaq. According to the Oromo culture, which is closely similar to Konso culture, Waaq represents the primitive god adhered to by the Cushitic groups. Konsos have the Gaada generation classification system of social organization where high priests had a final say in all religious matters. Phallicism is highly in vogue where the male penis is a much revered organ having sacred connotations and finds place in art and murals. 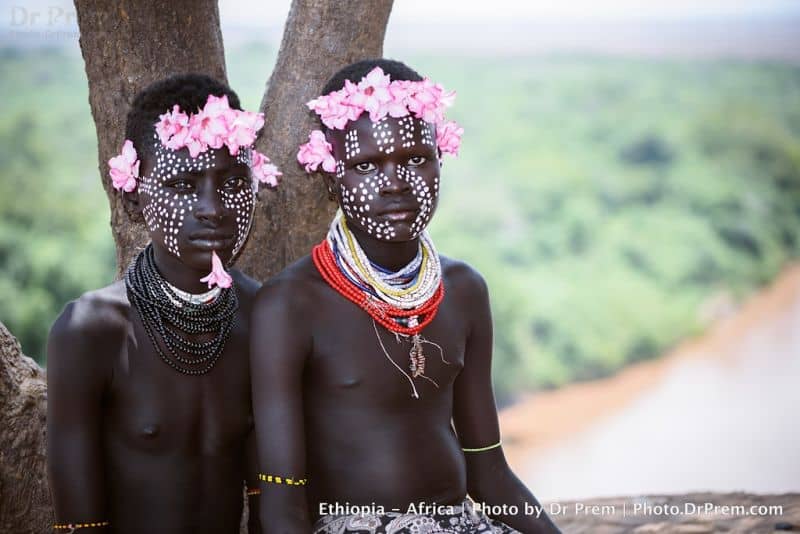 The Taboos observed by the Konso people are as here under:
– Questioning the existence of supernatural powers of Waaq who is the supreme entity responsible for both the wellbeing and destruction of mankind. So, no one dares to invite the wrath of god or the priest for that matter.
– Consumption of pork is in fact banned in entire Ethiopia. Apart from pagans, there is a large chunk of moslem population to whom eating pork is taboo as its meat is considered unclean.
– Open discussion on sex. Most of the Ethiopian tribes are inclined to vigorous sex in action, but they are highly reserved and do not even swap experiences with close friends.
– Homosexuality. This is a same sex carnal pleasure defiling the primitive laws of man and god and looked upon as an unclean act by most of the Ethiopian tribal communities. 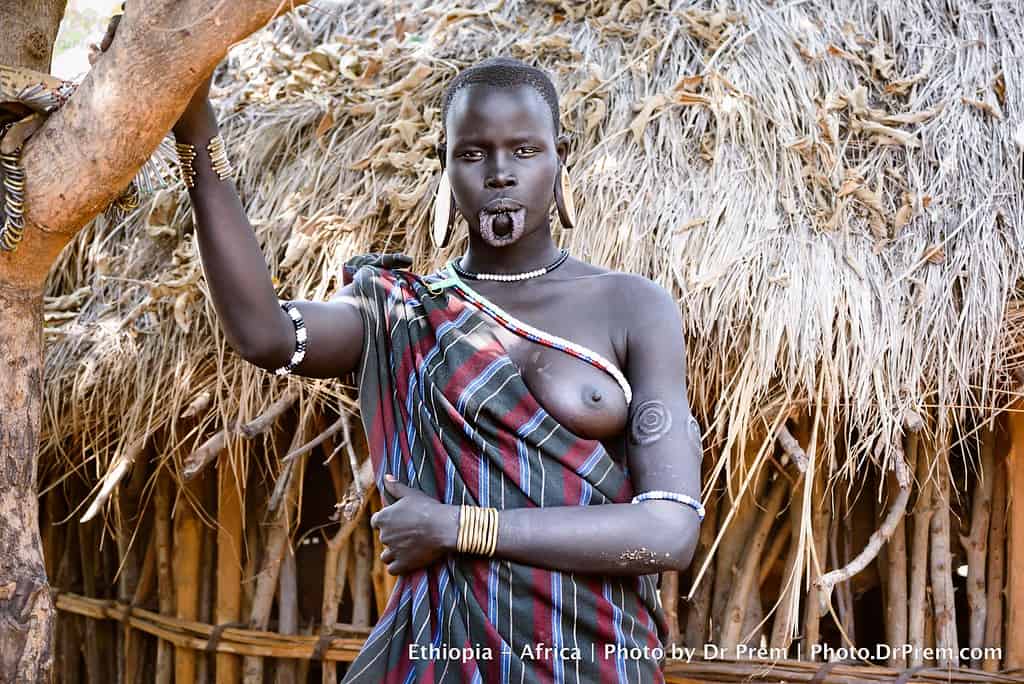 In a study revealed by a scholar Hallpike in 1972, the Konso family traditions show that both physically and culturally, the Konsos are a composite group of people with members originally migrating from all the surrounding areas of the Konso country. Ethiopia being the crucible where the cultural ingredients of early human civilization are blended and grounded together, Konsos are believed to be dwelling in this land for quite some time. 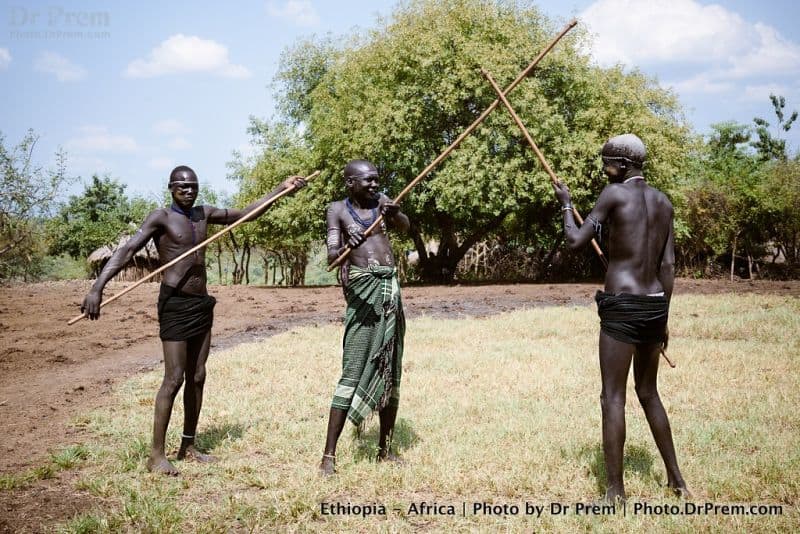 According to the results of Ethiopian national census conducted in 2007, there are as many as 250,000 Konso individuals in existence out of which only about 4 % leads an urban life.
A chunk of the Konso population is concentrated in the Southern Nations Nationalities and People’s region. They verbally communicate in the Konso language which is further divided into 4 local dialects: Kholme, Duuro, Fasha and Karatti. 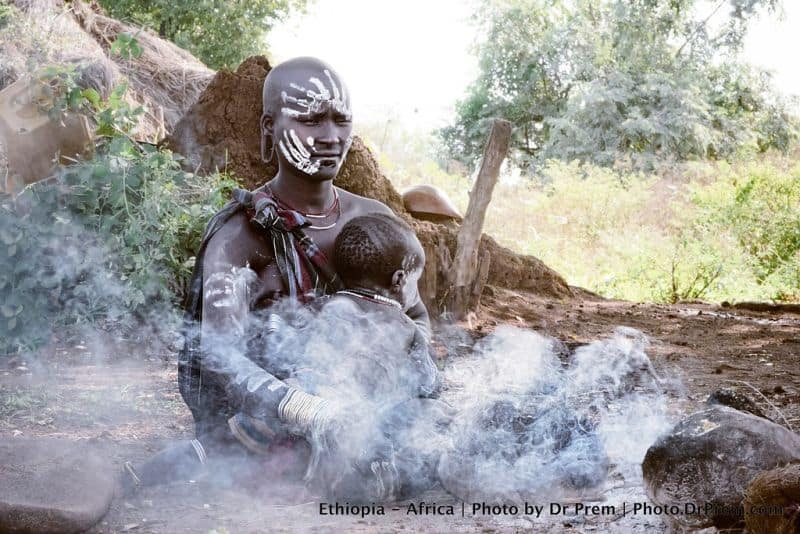 The Konso society largely thrives on an agro based economy. They are skilful in farming techniques involving irrigation and terracing of mountain slopes for crop growth.

Upon my arrival at a Konso village, I found their social framework is much organized with clan heads forming councils for taking major decisions. We had a long stroll around the Konso village. It was more like a town having autonomous facilities catering to the needs of a large population where every member peacefully cohabits with other members.

Two of the most fascinating elements of the Konso culture that largely impressed me were their bee farming methods and the erection of wagas. Since Omo valley soil is rich and supportive for the growth of a variety of flowers, our tour guide said it was a place where quality nectar is available. Konsos care a fig about bee stings as they have been trained to combat harsher and more painful experiences their life has to offer.

The Konso group members erect carvings locally known as ‘ wagas ‘ which are crafted beautifully in memory of the deceased who has the much revered feat of slaughtering an enemy or a dangerous wild animal to his credit. The statues of the dead but valiant men are organized in groups exhibiting the men themselves, their wives and their foes who have fallen before him kissing the dust. The stylized wooden statues were simply fascinating and it had an overwhelming influence on me as well.

Polygamy is an accepted custom among the Konso. Conjugal life, food, household chores, love, hate, raising of children, and rituals are all shared between wives the man has married by swapping cattle wealth. 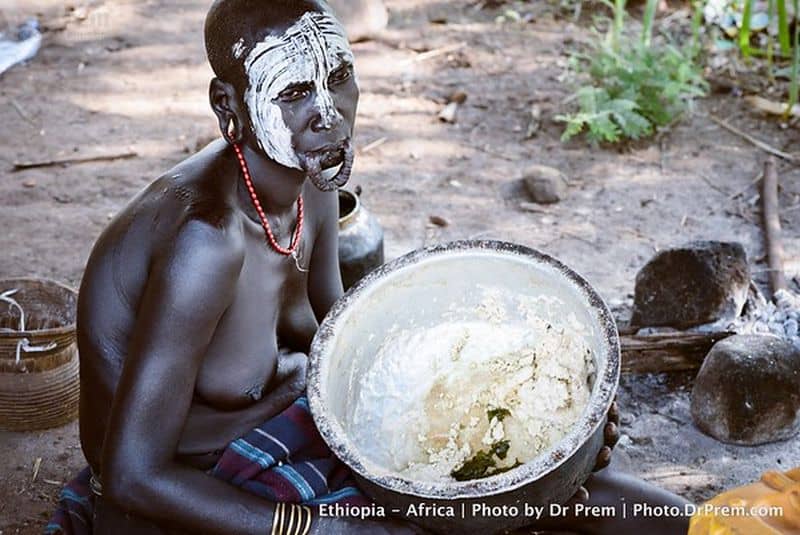 The favorite food of the Konso tribesmen consists of shorgum, millets, maize corn, milk, honey, beef and sheep meat. Like most of the African tribes, the Konsos like to have their meat and vegetables boiled or stewed with very little or no spices. 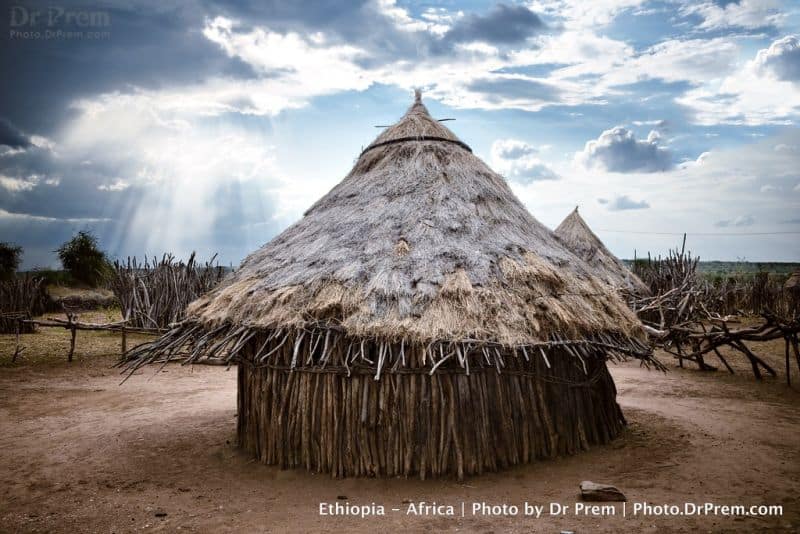 The Konsos have a habit of erecting their dwelling units as picturesque as possible adding and combining engineering and aesthetics together like born architects. The villages are organized in a systematic plan and designed in an intricate pattern appealing to the eyes. Konso village architecture is an element of enormous attraction for the visiting tourists. They are accustomed to living on the top of hills surrounded by stone walls.

On important occasions, the villagers are summoned by the chief and they congregate at a Mora, a public gathering place with the Pafta, a huge hut and the Olahitas, the central site where all the cultural ceremonies are performed. Mora has a huge social significance. It is here where the Konso tribesmen would perform rituals, dances, community food preparation and weaving. I also had a visit to the Konso Mora, a splendid social platform where ceremonies are held. Our stay with the Konso people was a rich and insightful exposure into one of the most spectacular communities of Tribal Africa. One visit is certainly not enough to penetrate the shroud of enigma covering their culture. I wish a repeat visit sometime soon.

Konsos are probably the last clan in the entire human race to continue Stone Age practices. They employ and discard stone tools for their own use on a regular basis. They keep their cattle in identified bovine bays and feed the livestock with their own hands. 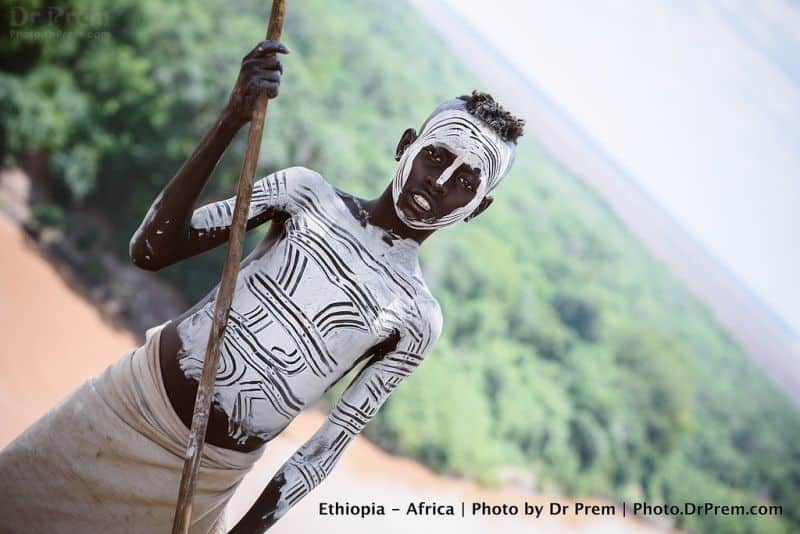 The primary challenges against survival are offered by the hostile drought prone environment. Crop failures in this arid region lead to widespread famine and loss of human life. However, the greatest threat that has jeopardized the very survival of the Konso tribe is the construction of a hydroelectric dam across river Omo by an Italian engineering construction company.

The dam named as Gibe III would interfere with the flooding cycle of the river upon which the Konsos depend so much for agriculture. They use the retreating flood waters which leave back rich silt deposits for farming crops. Now construction of this dam would disrupt the ecological balance of the region besides tampering the natural method by which the tribe got access to farming water.

As an added issue, the Land grab scheme has been initiated to lease out blocks of fertile land to foreign companies from India, Malaysia, Italy and Korea for plantation projects where biofuel generating plants would be grown. This program is basically acquisition of land by force that would throw the tribe out of their primary means of livelihood – Agriculture. The financing banks are backing out of the project. After carrying out initial surveys, both the European International Bank and the African Development Banks have decided in 2010 that they would no longer extend financial assistance to the dam project Gibe III.

Hundreds of kilometers of irrigation canals are redirecting the flow of precious water causing a major environmental disruption. The community grain stores, beehives and cattle pasturelands’ have been buried under the boom of construction and plantation projects. Those who opposed and raised their voice of disapproval were beaten mercilessly and put behind the bars.

Local Konsos told me that the advent of foreign investment boom in newly conceived projects is the biggest challenge putting their survival at stake.