Japan is an integral part of East Asian sub-continents whose name translates to ‘sun-origin’ which is why it is also known as the ‘Land of the Rising Sun.’ Being in the forefront of technology yet have beautiful ancient attractions, Japan is a fascinating country to live in or visit. The urbanized city of Tokyo showcases futuristic buildings, delicious food, and modern culture. This is a contrast to the traditional beauty of the rural areas that hosts shrines, temples and museums of relics.

Japan is an island nation which is located in East Asia, a group consisting of more than three thousand islands in Japan. The total area that Japan covers extends up to 377,835 square kilometers, thus, making it a much smaller state than California. Japan is surrounded by Pacific Ocean on the north and east while the Philippine Sea and the East China Sea are on the south. The major cities of Japan are Tokyo, its capital and Yokohama, its major port, both are located in the south eastern part of the country, on the main island of Honshu.

The population of Japan is considered as very old, as more than 17% of the population is of 65 years old with rising numbers. People are very calm and quiet and are very creative which can be felt in their traditional art.

The events and festivals express the rich tradition of Japan. This shows their innovation and recreational spirit. These festivals reflect the vibrant culture of Japan. Numerous cultural events are held in Japan. Nearly every shrine has its own local festivals named Masturi.

Due to the extension of the country to the North South, the climate varies strongly in different regions. The climate in the most major cities is temperate to sub tropic and there are mainly 4 seasons. The climates of north island of Hokkaido and Sea of Japan are colder that receives snowfall in large amount. On the other hand in Okinawa, the mean temperature of January is a warm 17 degree Celcius.

Best places to stop on the historic U.S. route 66: 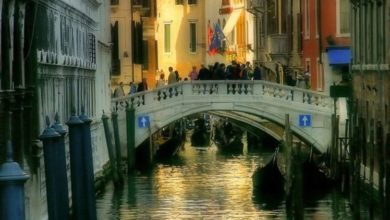