A land steeped in history and culture makes Israel one of the most unique places in the world to visit. Even though Israel has mainly been on the news for political instability, the historical origins of this land instantly appoint Israel as a global attraction. From the urbanized regions of Tel Aviv, fascinating Dead Sea, to the historical sites that are placed on the prestigious UNESCO World Heritage List Israel has a myriad of options for travellers.

Israel is a country, slightly smaller than the US state of New Jersey covering a total area of 8,630 sq. miles. It lies in the Middle Eastern part, bordering the Mediterranean Sea. In the south western it margins the Gulf of Aqaba and the Sinai Peninsula.

In length, Israel extends up to 470 kilometres in length and 85 miles across the widest point.  Israel shares its boundaries with Lebanon at the north, Syria at the North eastern and Jordan to the east, Egypt to the southwest and Mediterranean Sea to the west.

People residing in this part of the country are well mannered and very religious. Mostly people are of Jewish religion and are conservative and well oriented towards their religion.

The calendar year of Israel contains only few events which are mostly religious. They have some interesting common festivals like the Jerusalem Film Festival and Wine tasting festivals. Even though the events take place on a relatively small scale, the determination and participation of the people actively involved help make it a grand success.

Israel’s climate varies from temperate to tropical and receives plenty of sunshine. This place is dominated by two main seasons: a rainy winter from November to May and the next six months of dry summer. The northern part and the central part of the country receive heavy rainfall, whereas the southern areas are almost deprived of the same. 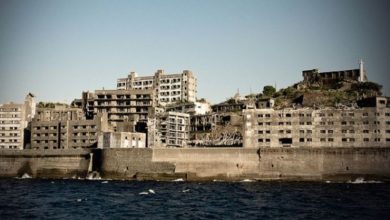 Most abandoned places that attract travellers

Best locations that any avid skydiver will love