With more countries opting to legalize same sex marriage, life has become easier for homosexual couples opting to live together without fearing the wrath of the society and others around them. Some countries are yet to accept these guidelines though and still look down upon gays and lesbians. Which makes us wonder, where in the world would be safe if we find our sexual preferences tilting towards another angle? Where would we be able to live peacefully and be respected for what we are rather than for what the society wants us to be? And where would be able to live a life devoid of hurt and discrimination? If you are wondering the same, then here are some places you can choose from!

The first Latin American country to legalize same sex marriage, Argentina passed a bill that would allow couples of the same sex to marry, back in 2010. The bill also provides adoption rights for same sex couples and enables them to serve in the military just like others. The country also recognizes married couples of the same sex, and has recently opened its doors to embrace the transgender population as well. Definitely one of the better places to be in if you are a homosexual!

One of the most popular tourist destinations in the European continent, Spain actually passed a bill that banned any form of discrimination against homosexuals in the workplace. The country also passed the same sex marriage bill in 2005 which allowed homosexual couples to tie the knot and be recognized as a married couple across the country. In addition to this, Spain also passed a bill back in 2007 which allowed homosexuals the opportunity to undergo official sex change operations before marriage if they choose to do so. A definite asylum for homosexual couples we say!

In 2010, Iceland passed a bill that allowed individuals of the same sex to marry. The vote for the same was surprisingly unanimous and did not receive any political resistance when put into effect. However, the bill was a bit delayed when compared to the previous one in 2006 which allowed same sex couples to adopt and co-parent children. A really good place to live as a couple and raise your children!

Netherlands also passed a bill in 2001 which allowed individuals of the same sex to marry. The bill also granted official recognition for these marriages and granted partnership rights for the concerned individuals opting for same-sex marriages.

Proud to be the only country in the African continent that legalizes same sex marriages, South Africa actually holds an annual Cape Town Pride Parade during the Pride Festival in February for its gay community. The original bill which legalized same sex marriage was passed in the year 2006. And if you are looking for a friendly location filled with sun kissed beaches and stunning coastlines, then this is where you need to be!

Belgium passed the same sex marriage bill in 2003, becoming the second nation in the world to do so. It also passed the bill for adoption rights for homosexual couples in 2006. To this day, the country has let its residents be open about their sexual preferences, and is considered as one of the better places to settle in with your better half if you happen to be a gay or lesbian.

Although same-sex marriages were legal in the neighboring provinces of British Columbia and Ontario from 2004, Canada legalized the same only in 2005. However, the province was always for gay and lesbian rights, and allowed homosexuals to serve in the Canadian Armed Forces from 1992 onwards. The strong ‘no discrimination’ policy of the Canadian Military also makes it more feasible for individuals to be treated equally, irrespective of their sexual orientation and preferences

If  you are looking for  a wonderful country to settle in with your family, consider Denmark which is one of the oldest nations to recognize same sex couples from as far back as 1989, although the country’s same-sex marriage act came into effect only last year. Denmark was also considered as the first country to officially allow and support civil unions.

Considered to be one of the friendlier nations when it comes to treating homosexuals, Denmark also organizes several international shows and festivals to promote gay and lesbian rights worldwide, including the World Outgames which were held in the country in 2009. If you want to get married in a traditional church style, then come here; for same sex weddings are usually performed by the State church.

It was in 2009 that Norway passed the law that enabled people of the same sex to live together, marry, adopt children and even opt for artificial insemination. Norway has also been one of the frontrunners when it comes to advocating worldwide rights for gays and lesbians in the U.N. in addition to placing pressure on other countries to decriminalize homosexuality! 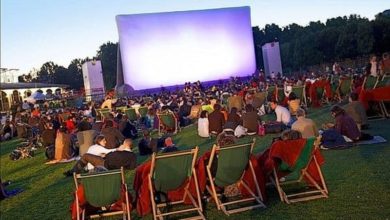 Eight of the most enjoyable outdoor cinemas around the world