‘We are what we travel’ – yes it is true as travel experience matters a lot in how we shape and feel our life and for this travelling makes things clear in our head and gives us freedom to open up through those travel experiences. There is nothing greater than visiting the great bounties of nature before they disappear. Therefore, here are 20 must-see places to complete your journey of life by visiting and viewing some of the most natural areas of the world

The Amazon is the largest tropical forest in the world extending into nine countries across South America backed with world’s second largest, the Amazon River. This enormous rain forest offers incredible biodiversity and natural beauty. The best time to see wildlife on boat tours is during the rainy season (January to May). While venturing at the Amazon you can experience nine countries from which it flows through these are – Colombia, Bolivia, French Guiana, Brazil, Peru, Suriname, Ecuador, and Venezuela.

Arizona’s Antelope Canyon is a “slot canyon”, a narrow chasm in erosions in sandstone, with years of water and sand has rounded the edges to form curves and flowing shapes in the rock. It is the dream destinations for photographers looking for that perfect play with unique shapes and textures of the canyons. Antelope Canyon is separated into two canyons – Upper and Lower Antelope. At times after heavy, Canyon can be flooded and it is this water, primarily wearing away the sandstone grain by grain, forming these beautiful and graceful curves in the rock. Winds also help create this fantastic canyon for us to enjoy.

Uluru, sometimes called Ayers Rock, is one of the largest monoliths in the world located in the vast red sandy plain of central Australia. The giant structure is made of arkosic sandstone and rises 348 metres above the desert floor. Uluru’s ancient cave paintings and ancient rock art indicate the preservation of culture and length of Aborigines (Anangutribe) times. The immense rock is ultimate for the climbers but as the land and is attachedto spiritual significance to the aborigines, they prefer visitors not to climb it.

Bora Bora is a volcanic islandof black mountainous rock that rises from turquoise blue waters situated in Society Islands of French Polynesia.A lagoon consisting outer islands and a coral reef that encircle this small island, truly a paradise for enthusiastic scuba divers and snorkelers. It also offers exquisite climbing experience through the remnants of an extinct volcano rising to two peaks, Mount Pahia and Mount Otemanu.

Victoria Falls is the largest waterfall in the world and Zimbabwe’s busiest tourist destination. One of the world’s “Seven Natural Wonders”, the Falls are twice as tall as Niagara Falls. On the Zimbabwe side of Victoria Falls lies a protected National Park that is home to the lushest vegetation as well as numerous safari animals. This popular tourist destination offers both adventure seekers and sightseers plenty of opportunities.

Ranked as the world’s best tourist destination, a Fjord is a narrow inlet of the ocean essentially U-shaped valleys flooded by the ocean body. The feeling of the silent glide on the water in a fjord is fantastic. Combine kayaking with great walks with fjord view.The area offers activities such as hiking, glacier walking, fishing, cycling and skiing from almost 2000 metres and down to the fjords.Several of the world’s longest waterfalls can be found in western Norway, many of them fall directly into the fjord.

ake a step on tarmac surfacebeaches with great surfs at Santorini Island which is a unique, crescent shaped, island formed by an ancient volcanic eruption. There is a variety of naturally fantastic beaches to be at (pebble beach, white beach and red beach). The small island cradles a rich variety of landscapes, many fun and leisure activities to do to pass a quality time and the island marks on by having beautiful walks around its own active volcano. Sooth your senses with wine tasting at Santorini’sbest quality wineries.With the synergy of unique views of the volcano and sunset you will never want the feeling to go away.

Europe’s Iceland is a mountainous island nation in the North Atlantic Ocean. Iceland is a unique adventure in itself inspiring you withIcecaps and glaciers, spouting geysers and steaming solfataras, volcanoes, raging rivers and magnificent waterfalls, a bevy of birds, cavorting whales offshore and much more are on your Iceland itinerary and best of all, the creativity of the Icelandic people. Dissolve in the mesmerizing views of an Aurora Borealis (The northern lights – effect of light in fluorescent colors when cosmic rays meet the earth’s atmosphere in the northern part) in the sky over the breath taking view of the horizon.

Glacial-fed Moraine Lake is located in Banff National Park, Alberta, Canada at an altitude of approximately 6,183 feet. One of the most spectacular spots in the Canadian Rockies will surely bless you with a wonderful sight and a sure sense of mountain serenity and awe. Moraine Lake reflects a remarkable turquoise blue color due to the refraction of light off the glacial rock flour deposited in the lake. Around Moraine Lake there are many hiking trails, and those trails are attainable by average hikers, or head out on the lake itself for kayaking.

Petra, the rose-red city, is without a doubt Jordan’s most valuable treasure and greatest tourist attraction. It is vast, unique city, carved into the sheer rock face and its vast mausoleums proveto be one of the greatest wonders ever wrought by Nature and Man. This masterpiece represents the engineering genius of the ancient civilization (Nabataean empire). This place will surely amaze you with its natural beauty and outstanding architectural achievements. A challenging, but worthwhile trek will let you reach the largest monument in Petra

Built as an estate for the Inca emperor Pachacuti, Machu Picchu is one of the most intriguing destinations in Peru, South America. The area is nestled on a small hilltop 7,000 feet above sea level blends in with the hillside itself to create a seamless and elegant green paradise. You will come across various temples, palaces, springs and fountains while traveling through the city that will take you to another time.

Croatia’s most popular tourist attraction, Plitvice Lakes National Park is the oldest national park of its kind in Southeast Europe It forms spectacular scene with sixteen lakes, inter-connected by a series of waterfalls and rare set of flora and fauna. Plitvice Lakes are perfect for long walks or taking a boat ride or hike through the Park, taking in the beautiful surroundings and admiring the lakes, waterfalls, nature and wildlife.

Stretching over 2000km, the Great Barrier Reef is the world’s largest coral reef system consisting over 2,900 individual reefs along the Queensland, Australia. It is the world’s biggest single structure made by living organisms, supporting a wide diversity of life. You can swim, snorkel, scubadive and sail the world heritage which is a living masterpiece and quite visible from outer space.

Cappella Sistina, commonly known as Sistine Chapel, is the grand chapel residing inside the Pope’s home, the Vatican. It is the place in the Vatican museum where cardinals gather to elect a new Pope, known as the Papal Conclave. It is famous for its architecture, evocative of Solomon’s Temple of the Old Testament and especially for frescoes on the ceiling and the altar paintings work done by the greatest Renaissance artist Michelangelo. In addition, artworks from Raphael, Bernini, and Sandro Botticelli will have all reasons for your admiration.

Stonehenge, one of the most important prehistoric monument sites in Wiltshire, Britain, is a circle of ancient stones erected between 3000BC and 1,600BC. The mysterious circle of upright stones is made entirely of Bluestones and Sarsen stones. One can gather at this ancient and mystical site where the stones are aligned almost precisely with the sunrise on the summer solstice. Also, the site is believed to have powerful energies of unknown ancestors of the place.

The TajMahal, one of the greatest wonders of the world, is a sensational monument with spectacular architectural structure to have in sight. Located in Agra city, India, it is a symbol of love of Mughal emperor “Shah Jahan” for his wife “Mumtaz” and the best of Mughal architecture in India. Come to unfold the pages from the past to churn the charm out of its mystique and enrich your imagination about this marvel of an epic in stone, TheTaj!

The Palace of Versailles, or simply Versailles, is a royal château from kingLouis XIV to Louis XVI in Versailles in the Île-de-France region of France. It is a symbol of the system of absolute monarchy of the AncienRégime. Each room in the palace has an amazing painting on its ceiling. You can be at the royal parks or appreciate its grandeur by visiting the grand apartments with magnificentsalons. Most interestingly after entering the Hall of Mirrors room, you will be bathed in a sea of chandeliers, natural light, and opulence.

China’s largest construction projects ever completed, Great Wall of China is one of the greatest wonders of the world. The wall was an ancient gigantic defensive projectkeeping away rivalries out of the northern territory and safeguarding agriculture from any loot. It is so gigantic that it is the most conspicuous seen in space.Hikingand at the Great Wall is well-versed for those who love to get exercise and see living history but wall climbing is strict here.Altogether, the monument resembles the hardship and great labour work of the people of China.

Angkor Wat, dedicated to Hindu God Vishnu, is the largest religious monument located in Cambodia. Be there during sunset for the best view of this temple. You can have deep spiritual time walking aroud the temple with beautiful flowered trees or simply get enchanted by watching dancing heavenly angels -apsaras- carved on almost every surface. The temple is admired for the grandeur and harmony of the architecture and its extensive bas-reliefs. Have a look at the above image showcasing an apsara carved in the stone when you visit and see if you can spot her too!

20. Church of Our Virgin Mary of Zionf

Ethiopia’s Church of Our Virgin Mary of Zion is modest chapel that gets the most attention. Supposedly, it is the place where the Ark of the Covenant, aka the tablet with the Ten Commandments is to be. Lots to see here, as the elaborate goat skin bible dating back to at least the 1700’s and golden crowns of the kings of Axum can be found here safely sheltered. 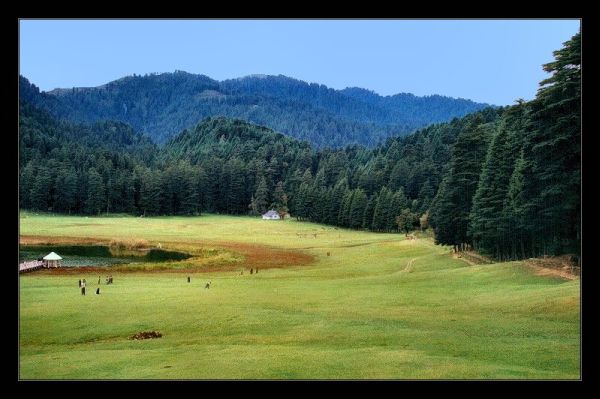 Most amazing offbeat destinations in India 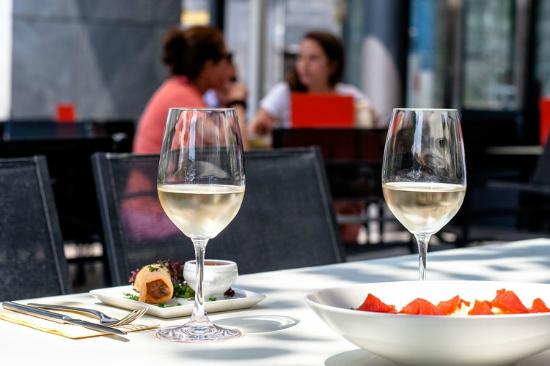 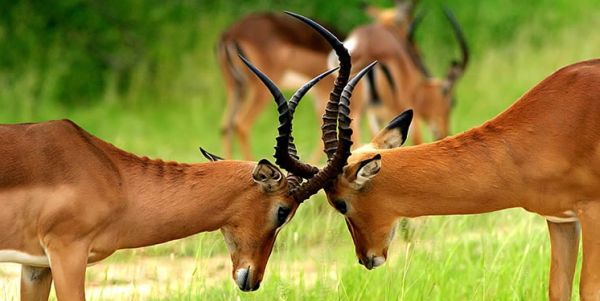 Dos and don’ts to make your African safari memorable