Bukit Lawang is a small village lying in the North Sumatra, Indonesia. It is a village famous for being the largest animal sanctuary of Sumatran orangutan and is the main access point to the Gunung Leuser National Park from the east side known for its richest tropical rainforest.

The Park is home is home to eight species of primates, and shows off its impressive variety of fauna with majestic tigers, rhinos, leopards, and elephants. The village consists of a center that was set up to rehabilitate orangutans that were released form captivity. The purpose of the center is to teach the orangutans to survive in the wild. After a certain period, the orangutans are released back into the jungle.

The people of Bukit Lawand are trying to build their village in a sustainable way. The inhabitants are well aware of the importance of preservation of the ecosystem. The village is easily accessible and visitors can even get around on foot with about 25 minutes of walk. Three bridges lead the way to the resorts. The primary activities done in the area is the trekking. Various sightings of the orangutan are accessible on trek in the village surroundings. Apart from the orangutan, another animal that can be spotted is the Thomas Leaf Monkey. 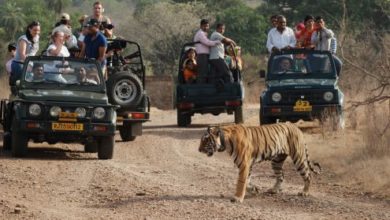 Italian Nightlife Bras, Pubs, Places – Top 10 places for nightlife in Italy for you to enjoy life

Underwater hotels that lure every traveler