While most of us tend to travel around the world to spend some quality time with family and friends, there are certain travelers who visit foreign destinations solely for their cultural and artistic vibes. If you are an ardent art lover, here are some of the best travel destinations around the globe you would definitely need to visit.

Much has been written about the rejuvenated artistic vibe of Berlin after the collapse of the Berlin Wall in 1989. The city has since then, opened its doors to welcome hordes of artistic creators from around the world who have so far contributed to most of the city’s renowned architectural venues, majestic art galleries and radical exhibits.

If you are visiting the city, make it a point to stop by the UNESCO World Heritage Site declared Museumsinsel aka Museum Land. The island houses a total of 5 diverse museums, including the Altes Museum aka Old Museum that houses several antiquities dating back to the ancient Greek and Roman periods and the Dahlem Museum that houses exotic artifacts and pieces of art from Indian, African, Asian, early European and native American culture. The other three museums include the Pergamon museum which houses a stunning Greek temple dating back to 180 BC, the AlteNationalgalerie aka Old National Gallery that houses several impressionist paintings from France and Germany, and several artistic pieces created by renowned artists like Max Lieberman, Adolph von Menzel and Karl Friedrich Schinkel.

The birthplace of Michelangelo is literally teeming with art lovers from around the world, thanks to a myriad of artistic attractions scattered around the city. When in Florence, don’t forget to visit the Uffizi gallery that houses spectacular works of art painted by world renowned painters like Michelangelo, Botticelli and Rembrandt. You can also stroll through the city’s bustling streets to catch its artistic fever in the form of awe-inspiring architectural buildings, frescoes, sculptures and statues that dot these streets at regular intervals.

Rome was not built in a day! And if you want to visit the countless numbers of artistic venues located in the city, you would need more than just a few days. Some of the must visit venues for art lovers in this city include the Vatican Museum, the National Gallery of Modern Art and the Borghese Gallery. But that’s not all. Walk through the streets of this city and you will be treated to strikingly diverse forms of art in almost anything you see from the piazzas and villas to the gardens and basilicas.

The windy city is home to The Art Institute of Chicago, which solely attracts thousands of visitors every year. Flanked by two impressive lion statues at the entrance, the institute in Chicago houses some of the best Impressionist Paintings in the world, and wonderful pieces of art-by-art icons like Pollock, Picasso, Warhol and Dali.

Other must visit place for art lovers in Chicago include the Museum of Contemporary Arts,the National Vietnam Veterans Art Museum, the Oriental institute Museum, the National Museum of Mexican Art, and of course the Loop are which is famous for its untitled Picasso.

In addition to offering art lovers the opportunity to visit some of the greatest museums in the entire world, London has an eclectic art vibe that can be felt by visitors who stroll through the streets of the capital. Some of the must visit art destinations in the city include the National Gallery, the Tate and the British Museum.

What’s not to love about Paris, a city that has time and again, gained a reputation as ‘one of the best art destinations in the entire world’ among art lovers. There is a little bit of every century in the city’s artistic masterpieces (including ancient antiquities and contemporary art forms). Some of the must visit art destinations include the majestic Louvre Museum (that houses among other prized works of art, the infamous Venus de Milo sculpture and the Mona Lisa portrait made by Leonardo da Vinci). The Musée d’Orsay houses several astounding art pieces dating back to the 19th and 20th centuries, the temple called Centre Pompidou dedicated to modern art, and several comparatively smaller museums like the Musée Marmottan Monet and the Musee Picasso. 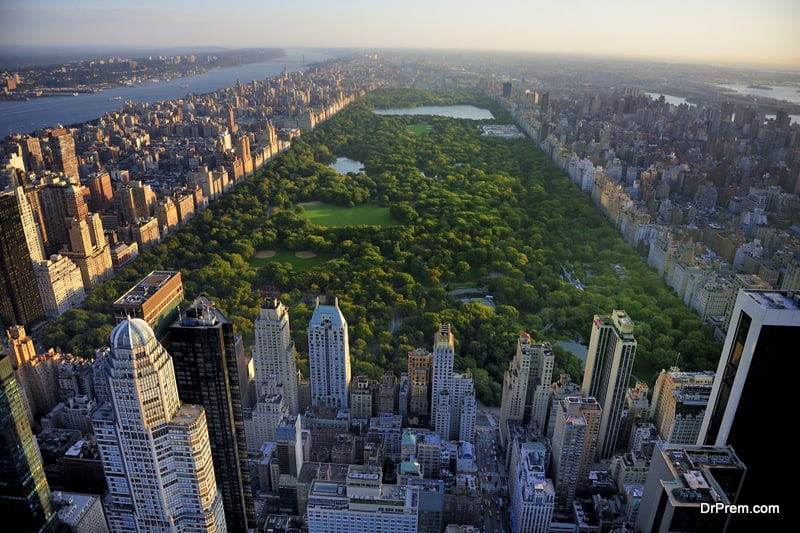 New York City may be known for its towering skyscrapers, but little do many know that the city is actually quite active in the art circuit, with several art galleries and museums located around the city.

Most of the museums in the city can be found in the Museum Mile, a stretch of area near the Fifth Avenue Central Park that is solely dedicated to artistic creations and venues. Some of the most popular of these include the 54-year-old Solomon R. Guggenheim Museum, which houses several Impressionist Paintings and art pieces created by Picasso and Kandinsky (the museum also hosts several exhibitions during the course of the year). Other museums on the list include the Metropolitan Museum of Art aka The Met, the Frank Lloyd Wright building, the Museum of Modern Art aka MoMA, the Whitney Museum of American Art, the New Museum of Contemporary Art and the Frick Collection etc. One day would definitely not be enough to take in the artistic grandeur of these places, and the city that houses them.

How to make the best of your trip 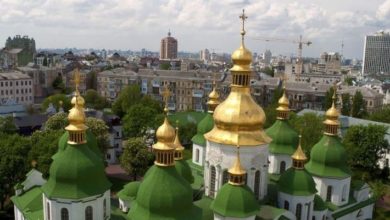 Top 5 countries for a low budget vacation in 2015