Artificial reefs are the wonderful man made underwater structures, built with the aim of providing a stable habitat to marine life. These structures can also be great diving destinations for those who want to swim with the aquatic animals and go more closer to them to have an entirely other worldly experience. Some of the spectacular reefs are discussed below.

The Redbird reef is situated off the Delaware coast and covers an area of 1.3 square miles of the ocean floor.  It is made up of 714 useless New York City cars, 86 retired tanks, 8 tugboats and 3,000 tons of ballasted truck tires. Many marine animals have made this place their habitat and the marine life has increased by 400 times after the reef’s creation. It is also a perfect fishing location.

This otherworldly structure is built by the artist Jason de Caires Taylor and is known as “The silent Evolution”. The structure comprises 400 underwater sculptures that represent people frozen with time in the ocean. It helps us understand the difficulties and problems of the coral and ocean life. It is located in the National Marine Park of Isla Mujeres in Mexico.

It is yet another creation of the artist Jason deCaires Taylor. It clearly depicts the considerable effect of human activities on our planet’s ecosystem and the resulting impact on the future generations. It shows an obese man watching television and uninterested in other things with a half-eaten burger and some fries which illustrates the indifferent culture of human beings towards nature that threatens their own environment.

It is the largest known artificial reef till date. It has been created by sinking the Essex-class aircraft carrier, which is the largest vessel, off the coast of Florida. The Environmental Protection Agency made it sure that the sinking was done carefully after removing all the poisonous materials from the ship.

It is one of the most popular diving sites and is located near the coast of Jordan in Aqaba Marine Park. The Jordanian Royal Ecological Diving Society created this grand reef by sinking the American M42 Duster tank.

Manmade wonders below the see are mesmerizing so much so that you will be taken aback by their majestic views and beautiful structures. 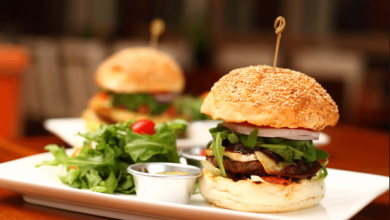 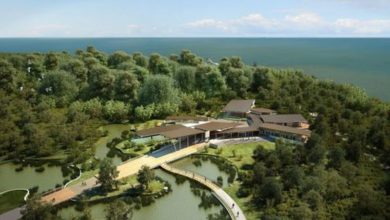