Traveling is not just about luxury and idyllic joy. It is also about anticipation and exploring the new. Every human has the thirst for knowing the unknown and traveling is the best way of finding out what’s at the end of a tunnel. Tunnels are very enjoyable because they are shrouded in mystery of the unknown and you don’t exactly know what’s waiting at the other end. Traveling through tunnels can be a lot of fun. The longer the tunnel the more thrilling becomes the journey through it. Apart from thrill and excitement, tunnels also embody the engineering skills of man. They have a particular purpose which is to make traveling easier and more comfortable. Like the bridges, the tunnels are also used for shortening distances and covering long distances faster. There are numerous tunnels in this world and some of them are really amazing to travel through. Read the following to find out which tunnels you must not miss in your lifetime.

The Thames Tunnel is famous because it is the first successful attempt of humans to build a tunnel under a wide rive like the Thames. It took some 17 years to build this tunnel between the years 1825 and 1847. Presently it is a part of the Over-ground rail-line of London. It made transportation much easier between the two banks of river Thames. Building tunnel beneath the Thames River was not easy. In the early nineteenth century it was necessary to build a tunnel so that horse carts and other heavy vehicles could swiftly move across the river. Engineer Marc Brunel made this tunnel with his innovative cast iron shield.

In 1937 a giant tree fell over the Crescent Meadow Road and blocked it. A tunnel was made through the tree instead of moving it and now it has become a very popular tourist attraction. The tree is now referred to as the Tunnel Log. Its trunk is 17 ft wide. In 1937 the tree was aged 2000 years. This tree is 275 feet tall. There was a time when the forest rangers used to brainstorm ideas for attracting tourists to the Sequoia National Park but now days they are more concerned about protecting the forest from the prying of tourists.

The Cu Chi tunnels are extraordinary both because of their historical significance and their wonderful underground architecture. It was made for the Vietnamese guerillas so that they could hide without the knowledge of the enemy troops. It is located about 45 miles outside the Ho Chi Minh City in Vietnam. The underground tunnel is not very spacious but it covers a distance of 75 miles. You won’t enjoy it if you have claustrophobia but otherwise it is full of mysterious charm. Life of the Viet Cong army members who lived inside the tunnel was not easy and they have to fight with pests of all sorts for survival.

The Tunnel of Nine Turns is a natural wonder created by the Liwu River. If you travel to the eastern coast of Taiwan then you will find the Taroko Gorge. The Tunnel of Nine Turns is situated inside the gorge. The serpentine tunnel passes through the famous Taroko National Park and offers scenic views to the thousands of travelers who flock here each year. A walking tour of this tunnel should not be missed at any cost. Wear helmets and keep umbrellas with you as stone slides are very common occurrence inside this tunnel.

The Hezekiah’s Tunnel is also referred to as the Siloam Tunnel. It is located under the City of David. This city is known to all as the Old City of Jerusalem due to its ancient origins. This tunnel was named after the ruler Hezekiah of Judah and it was built during 701 BCE. This tunnel is around one third of a mile long but its underground location and historical value makes it enigmatic and interesting. A steady stream of water flows through this tunnel always.

The Guoliang Tunnel Road is carved out for adventure trips. You must hire a small car for crossing this tunnel. It is a 12ft by 15 ft tunnel that runs by the side of the Taihang Mountains. The excitement comes from knowledge that how high you are from the ground.

Built through the Zion National Park, the Zion Mount Carmel Tunnel gives you a picturesque view of the park. This tunnel is 1.1 miles long and a drive through it can be exhilarating. There are small galleries built on the sides of the tunnel where the cars can stop for observing the beautiful sights on both sides. It was completed in the year 1930. 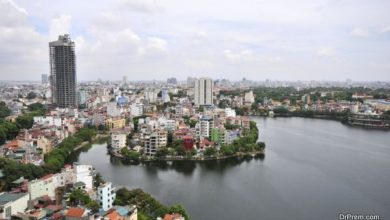 Get The Cheapest Flights! 7 ways to find a low airfare