Do you love the spooky feel that the ghoulish festival of Halloween brings along with it? If so, why not plan a visit to a spooky destination on the next Halloween where you could get enough of freaky sights of ghosts and goblins on streets! If it sounds like an appealing and interesting idea, check out some of the following places where you could actually receive a nerve-wrecking feeling at the seasonal Halloween festivals.

This glamorous city is even appealing to deadly ghosts and spirits. There are rumors of many celebrity ghosts visiting the Hollywood Roosevelt Hotel, including the most famous ones of Montgomery Clift and Marilyn Monroe. Some B- and C-grade celeb spirits haunt places like the Hollywood sign and Grauman’s Chinese Theatre. The Deadly Departed Tour offers you a good frightening experience while you are taken through a tour of the murders happened over the last 50 years. Feel like checking out? Book on a visit around the Halloween season.

Salem witnessed tragic witch trials in 1692 that involved 150 accused people of witchcraft and 19 ultimately facing death sentence. In spite of this, people are still hysteric about witches. The history of this place can be understood better at the Salem Witch Museum. This is considered to be a place where lovers of creepy and dark have been successful at creating a new world of spookiness. You may get its feel when you are on the Salem grounds.

Considered to be the most haunted city in the U.S., New Orleans lives up to your expectations through its voodoo, vampires and ghosts. There are frightening museums and voodoo shops, while you also get to listen to a variety of dreadful stories. If you want to experience some paranormal activity, go on a ghost and cemetery tour or check out the demon and vampire world of Anne Rice in the French Quarter.

This place becomes scariest around the Halloween time when you can go on horror tours around the village. There are stories about a headless horseman that can shiver people. The best spooky activities to do at this destination include hay rides to cemeteries and tour to the Horseman’s Hollow that is an annual haunted house. Most of the people go speechless when they get such experiences.

Termed of being the spookiest place in Europe, Edinburgh is host to the most scary experiences you can ever have. Its Edinburgh castle is famous for being badly haunted after the gruesome murders and tortures of military people. Walk through The Royal Mile or eerie narrow lanes to get a frightening experience. Also, there are guided tours available to take you through the Greyfriars cemetery or to the Edinburgh Vaults that are located beneath the streets of this city. This would a more than enough scary experience you could have.

Also known among masses as the Devil’s Triangle, this place’s name is only sufficient to raise people’s hair. About 50 ships and nearly 20 aircraft have disappeared forever around this place. So, the risk is all yours if you want to explore this destination. Visitors are allowed to sail using their own vessels or take a cruise from the east coast to the Caribbean.

Do you want a tour to some of the most haunted locations? Then, get on to Paris where chilling ghost stories can be heard around the time of Halloween. Some special locations are guided through, including The Catacombs of Paris and Père Lachaise Cemetery. But for a real ghostly experience, you should walk through the city streets where famous spirits are believed to roam around at night. Stories say that the Théâtre de la Ville is haunted by the spirit of Gérard de Nerval who was known to be a translator, while the spirit of a Frenchwoman freezes people to death at Pont Marie as she has been waiting there for her husband’s arrival for long-long years.

There are legendary old stories of spirits related to Moscow. Visitors usually go to the Underground Planet for experiencing such spooky stories. You would find endless tunnels that include a torture chamber, dreadful enough to scare even a braveheart. You also get to witness a pond here that is evidence of a once-happened mass suicide. After witnessing all this, if you are still left with some Halloween spirit, walk down the Tverskaya Street to find a ghostly black cat that comes out at midnight. The Myasnitskaya Street is also haunted by the ghosts of a once-rich Kysovnikovys family that lost everything during a robbery and keeps running on this street asking for their money. If just the stories of these places are not enough to satisfy your urge, then plan a visit to get the real experience. 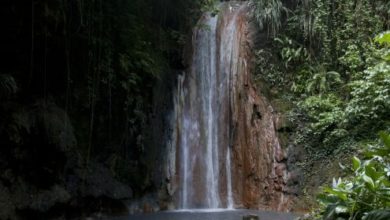 Dos and don’ts of traveling to Rio de Janeiro 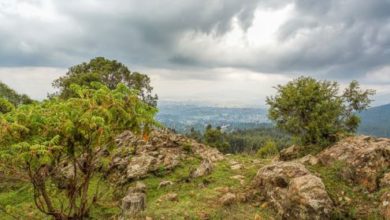