There are only certain places on the planet that allow you to get as close to wildlife as possible. These areas are considered to be treasure troves for those who love exploring different varieties of wildlife and their habitats. And if you are one of those individuals who absolutely love the idea of traveling to exotic locales just to view the wildlife, then here are some must visit destinations for you!

Located about 600 miles off the Ecuador coastline are the Galapagos Islands that have been practically left out from the rest of the world for years now. Extremely sheltered and secluded, thanks to the very few visitors they get, the islands have actually become homes to some really unique species of animals that cannot anywhere else in this part of the world.

Think we are kidding? Visit the island to know we are not. You will be awestruck to see giant tortoises, tiny finches, swimming iguanas and even penguins. What’s more, the Galapagos Islands are home to these creatures who consider humans as visitors. So don’t be surprised if the animals don’t scurry away in fear upon seeing you. They will continue with their work, giving you plenty of scope to take some amazing pictures. And if you are lucky enough, you can pose alongside them (at your own risk of course)!

Visit the MasaMarai to witness what can only be considered as one of the greatest spectacles in the world; the annual migration of millions of wildebeest across the MasaMarai and Serengeti plains. Watch as these creatures battle all odds to complete this journey that spans over thousands of kilometers, including rough weather, hungry lions and the last lap through crocodile infested waters!

Apart from this, the Masai Mara Game Reserve is also home to the ‘Big Five’, considered to be the elephant, lion, buffalo, rhinoceros and the leopard. You can also catch glimpses of plenty of zebras, hippos, giraffes and several species of birds on the vast open plains and green hills.

Opened in 1980, the KhaoSak National Park is considered to house the largest area of protected wildlife in the region and is home to one of the oldest rainforests in the world (dating back to millions of years ago). The park borders the KhaoSok River and contains several species of flora, fauna and wildlife.

The best way to explore the park would be via a canoe ride that would take you along the KhaoSok River. And in addition to witnessing the amazing varieties of flora and fauna adorning the banks of the river, you can catch glimpses of some exotic tigers, leopards, elephants and bears if you are lucky enough.

Borneo is the third largest island in the entire world and enjoys a common boundary between Indonesia, Malaysia and Brunei. The island is also a part of the famed Malay Peninsula, and is a natural home to the largest population of the nearly extinct species of orangutans.

The island also houses over 400 different species of birds, with the list growing bigger every year as new species continue to arrive here every year and make the island their home. You can also catch glimpses of the famous Sumatran rhinoceros and plenty of Asian elephants.

Sabah, a Malaysian state is located on the north end of the island and houses Mount Kinabalu which is open for climbers. The seas surrounding the mountain are treasure troves for avid snorkelers and scuba divers, and house countless varieties of marine life. A short boat ride would also take you to the nearby Selingan Island where you can actually witness sea turtles lay eggs on the beach, unmindful of visitors. The Sepilok Orang Utan Rehabilitation Center on the island also warrants a visit for the wildlife lover.

If you have a fascination for giant marine animals, namely killer whales, then Vancouver is the best places to catch up close and personal glimpses of these magnificent mammals. Each year, between the months of April and August, Vancouver is visited with several varieties of whales on their way back to the sea.

The most popular visitors are Orcas, and it would be possible to spot at least one Orca pod during your visit which would most probably be a boat ride spanning from 3-5 hours. Expect to see at least one expert naturalist on board who would offer you tips on where to look and when. You can also opt for repeat trips until you spot these beautiful creatures.

Another place where you can catch some exotic marine life is the Sea of Cortez in Mexico which is located between the Mexican mainland and the Baja California peninsula. Considered to be a UNESCO World Heritage Site, the sea attracts several species of marine animals, including over 10 different whale species, dolphins, sea turtles, manta rays, whale sharks, sea lions and plenty of shorebirds. You can opt for boating, kayaking or snorkeling tours that would take you as near these animals as possible.

Connected to the Masai Mara Game Reserve, the Serengeti plains are covered with rich forests and swamplands. The area also houses several game reserves and national parks, and is home to the Big Five as well. Apart from that, you can easily spot other animals like zebras, wildebeests, gazelles, cheetahs, giraffes and crocodiles during your ride. 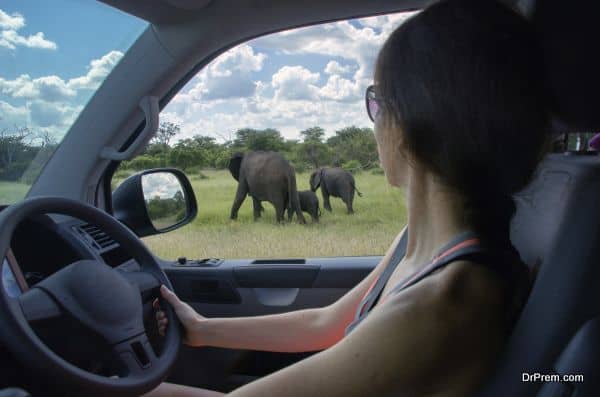 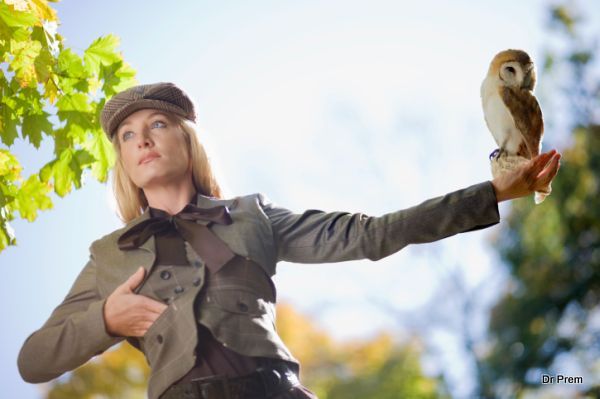 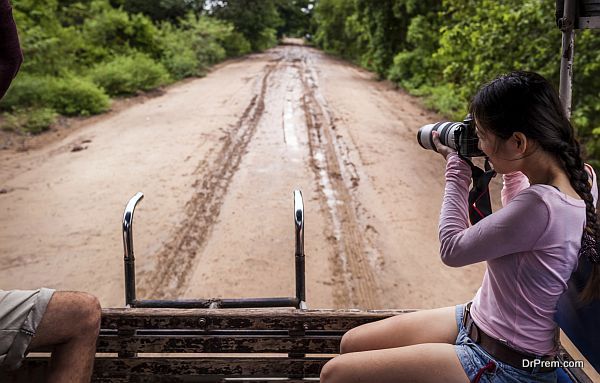 Super enjoyable safari destinations from around the world 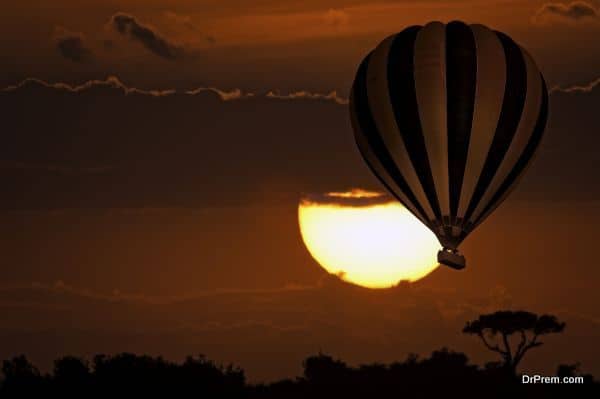 Top places to do in Kenya Balloon Safari