The planet we call home was formed over several million years ago and has seen the rise and fall of several civilizations. As such, the earth’s surface is a treasure trove of ancient artifacts, monuments and destinations that are must visits for those who love anything and everything about history. And if you are a genuine world history lover, then here are some historical places you definitely need to visit at least once in your lifetime.

That is probably why the city is literally covered in ancient ruins and monuments today. Starting with the more prominent historical sites like the Colosseum, Palatine Hill, Roman Forum, Trevi Fountain, Spanish Steps and the Pantheon, visitors can also visit off the beaten path attractions like Via AppiaAntica which happens to be the oldest road in Rome.

The road is dotted with plenty of ancient sites worth visiting, including the Catacombs of San Callisto, the Villa deiQuintili and the Baths of Caracalla. Also worth visiting is one of the oldest ports of ancient Rome, Ostia Antica.

Considered to be the birthplace of the Olympic Games, Athens can be described as magical and is home to one of the most important historical monuments in the entire world, the Acropolis. Visitors to this historical city could have an up close and personal look at the marvels of the ancient Greek civilization.

Some of the more prominent historical sites of the city include the Temple of Poseidon (in Sounio), Agora, National Gardens, Parthenon and the Theater of Dionysos. But that’s just the surface. Dig deeper and you are sure to find plenty of other ancient treasures located throughout the city and the surrounding regions.

A must for every history lover, irrespective of what religion they belong to, the Vatican City is, for the most part, covered with ancient gardens that house marvelous medieval stonewalls and fountains. The city itself is a treasure trove of ancient monuments, with the more prominent places being St. Peter’s Square, the Basilica and the Obelisk; and several more found in each nook and corner of the city. 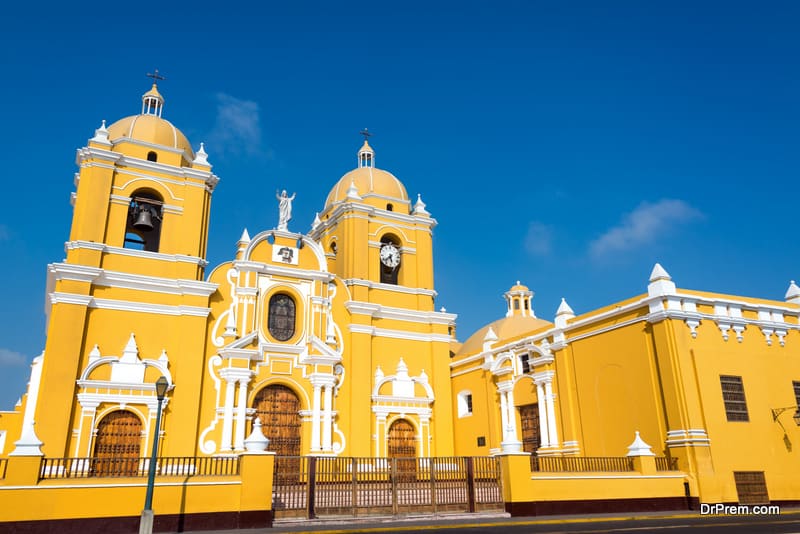 Home to the famed historical sites of the Inca Trail and the Machu Picchu, Peru is also known for another historically significant site, the city of Trujillo which is located on the northern end of the country.

Considered to be one of the first cities of the country to be formed post the independence period, Trujillo is a true colonial wonder, filled with colorful facades and historical sites just waiting to be explored. Everything about the city would come as being ancient, and some of the must visit sites include the Moche Temples representing the Sun and Moon, and the ruins of Chan Chan which was considered to be the largest adobe city in the world and the capital of Chimu.

Cairo and Luxor in Egypt

Talk about Egypt and the first thing that comes to your mind is the country’s majestic pyramids that still remain one of the wonders of the world to this day. Cairo dates back to 969 A.D. and is filled with plenty of historical sites, including the Sphinx, the Hanging Church, the Museum of Antiquities and the medieval part of the city nestled on the banks of the longest river in the world, the River Nile.

Luxor is another historically significant city in Egypt which is filled with plenty of ancient monuments and sites, more than a few of which have been declared as UNESCO World Heritage sites. Some of the must visit areas in Luxor include the Luxor Temple, the Karnak Temple and the Valley of the Kings etc.

Interested about the life and teachings of Lord Buddha? Then head over to Bangkok in Thailand, a destination that would definitely let you explore your spiritual side. The bustling city is laden with plenty of historical sites and monuments reflecting ancient Thai culture and traditions, including the world famous Temple of Reclining Buddha, the Grand Palace (housing the famed emerald Buddha), the Temple of the Dawn and the Jim Thompson House.

The first thing that would capture your attention in this historically significant city in China is the impressive street grid that was laid out several centuries ago by Kublai Khan. The city itself is steeped in rich culture and history and is an absolute joy to explore.

Some of the must visit sites in the city include the Great Wall of China, Forbidden City and its palace, the Ming Tombs which house the tombs of the emperors spanning over 13 dynasties; the Tiananmen Square and the Mao Zedong Mausoleum etc.