Greece is one of the first regions in Europe where early civilization began, which makes this country a tourist hot-spot filled with ancient sites and historical attractions. Greece has long been a tourist attraction for individuals around the world seeking to get a glimpse of its classical past. In more recent times, Greece has also become a magnet for travelers looking for exquisite cuisine, bustling city life and beautiful islands.

Greece is located in south-eastern Europe and borders Albania, Bulgaria and Turkey. It is also situated in between the Aegean Sea on its east and the Mediterranean Sea to the south.  Greece is known for its beautiful coastline which stretches for 14,880 km and features over 1,400 islands.

People in Greece are very passionate about their culture and their history. They are more than happy to take the time out to explain historical facts to tourists that are interested in learning more about the region. Greeks are very friendly and hospitable to visitors. Majority of individuals speak English in order to better communicate with foreigners.

There are many celebrations and festivals in Greece throughout the year known as ‘Panagiri’. The majority of festivals in Greece are based on religious purposes and are usually celebrated according to the Greek Orthodox calendar. Besides the religious celebrations, there are several cultural, sporting, theatrical and musical events that take place mainly during the summers.

There are three main types of climate in Greece—Mediterranean, Alpine and Temperate. Mediterranean climates are typically warm summers and wet winters, Alpine temperatures are seen in the mountainous regions and the temperate climate features colder winters and hot summers that have frequent thunderstorms. The capital city of Athens features both Mediterranean and Temperature weather patterns. 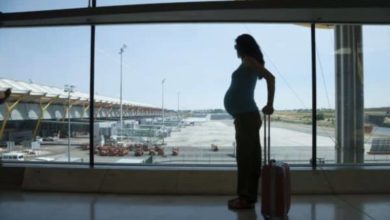 Bust the myth: Traveling while pregnant is not a bad idea

Most bizarre hotels in the world

Most astonishing palaces ever built on earth