A beach vacation is never complete without a scuba diving session that would take you to the mysterious natural wonders below the clear waters of the ocean. And while we are spoilt for choices when it comes to picking the best scuba diving locations in the entire world, there is something really intriguing and yet exciting about the places we have mentioned below. So if you are near any one of these places, don’t forget to sign up for a dive! You won’t regret it for sure!

Diving in calm waters with fishes that for the most part swim idly past you is one thing! But diving right into the middle of a shoal of barracudas literally flying past you at breakneck speeds is another experience altogether! That’s what the Barracuda Point near Sipadan Island in Malaysia offers you!

A 5-minute boat ride from the island would take you to this world famous diving spot that is known for its chaotic scenes. Be prepared to swim past groups of giant (and extremely swift) barracudas, get caught in the middle of hundreds of swirling jackfish,fly side by side with a giant hammerhead sharkor stingray, and catch a glimpse of the giant sea turtles that easily measure 3 meters or more. If you are lucky enough, you can also spot the extremely spooky batfish and the strange bum head parrot fish.

A 3 hour drive from Sharm El Sheik in Egypt would take you to the Sinai Peninsula in the Red Sea where you will find the world’s best and most popular shipwreck dive site, the SS Thistlegorm. Earning its name from the vessel SS Thistlegorm that sunk here years ago, the site houses then ship and its remnants, as they were when the incident occurred in 1941. The SS Thistlegorm was purportedly carrying plenty of trailers, motorbikes, armored cars, trucks, radios, vehicle parts and rubber boots from Glasgow to Alexandria when it was attacked by Germans.

The silt covered wreck now sits idly on the ocean floor, complete with its intact (but rusted beyond repair) cargo and the giant hole that sunk it. You can swim around the ship and through it, even view its cargo and catch glimpses of sea creatures that have made the ship and its contents their homes over the years.

Whale sharks are usually shy creatures that are hard to spot. But you can find plenty of them here and even swim side by side with one of them if you dare. Located at a distance of about 14 kilometers from the Mu KohSurin Marine Park in Thailand is the very popular dive site of Richelieu Rock which attracts hordes of tourists every year.

Situated off the Khuraburi Island (a part of the Surin Islands), the Richelieu Rock is the perfect place to catch glimpses of these really large, but extremely gentle creatures. The locals also call the area a ‘whale magnet’ owing to the countless numbers of whale spotting that occur here throughout the year. It is also possible to spot other interesting varieties of fish here, including the dogtooth tuna giant trevallies.

You would definitely have spotted the image of this giant sinkhole in pictures and screen savers. So why not dive into it and find out what’s actually down there?

The Great Blue Hole in Belize can be reached by a 2 hour boat ride from San Pedro or the Caye Caulker Island. Touted to be the only submarine sink hole in the world, the hole is a scary 300 meters wide and more frighteningly, 124 meters deep. The hole is said to be made of karst limestone which formed ledges that, at one point of time, gave way to create a really dark and eerie abyss under the water.

The Blue Hole is best suited for advanced divers and houses several underwater caves, multi colored stalagmites and stalactites, and steep depressions that cast spooky blue shadows around you. You won’t be alone here though. Giving you company would be plenty of nurse sharks, Caribbean reef sharks and plenty of giant groupers as you descend into nothing but darkness.

The Maldivian archipelago has welcomed avid scuba divers from around the world to its calm, clear waters filled with colorful and vivid plants and creatures. And one place that literally looks like a natural underwater wonder is MaayaThila which can be reached via a 20 minute boat ride from either the Banyan Tree Madivaru or the Maayaafushi Resort.

Also called the ‘White Tip Reef Shark Capital of the Maldives’, MaayaThila is the best place to spot these magnificent creatures. And that’s not all. The extremely diverse (and colorful) background is home to several other varieties of fish, including clown, angel, parrot, butterfly and trigger fishes and the captivating Moorish idol.

A short boat ride from Koror would take you to this famous diving spot in Palau. If there is ever an underwater paradise, then this is it. The moment you dive into this remarkable underwater color palette, you would be awe struck by the sheer varieties and numbers of sea life surrounding you.

While gentle sea whips and soft coral grow in the canyons below, you will be treated to a feast of colors above them in the form of fishes like the snapper, bass, wrasse, huge tuna, eagle ray, yellow colored pyramid butterfly, hawk bill, big eye jack, blue colored triggerfish and of course, plenty of green turtles. You can also catch glimpses of some reef sharks as they nonchalantly swim past you without a care in the world!

How about diving into an eerie, flooded cave? The Sistema Dos Ojos in Playa del Carmen is one of those really spooky places that can give you shudders at the very thought of just swimming through it.

Completely flooded, this freshwater cave in Mexico stretches for about 80 kilometers and is filled with several underwater rooms and passages. The rooms contain large stalactites that resemble drip candles in different shades of blue, green and purple colors. The passages are also named according to their content, and regular dive tours would take you through the Wakulla Room, Jill’s Room, the Next Generation Passage and the Bat Cave. You can also spot a variety of marine life in these rooms. 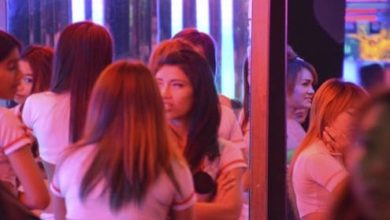 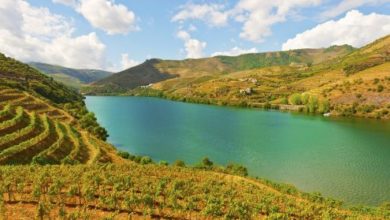 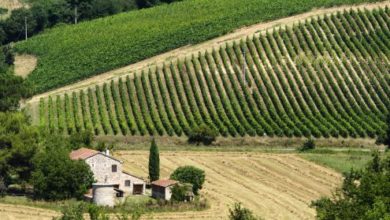 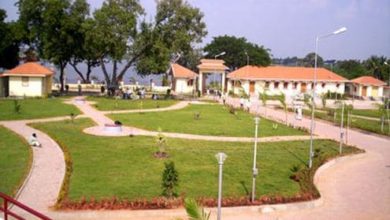