Throughout human civilization it has been a persistent quest whether faith and fact ever merge or run parallel. At present, where the UPA Government’s move of questioning the existence of Lord Ram hurt millions of

devotees of Lord Rama, the Sri Lankan Government is trying to tell the
world that the world’s greatest epic of courage, true love and
righteousness existed in whole reality. It is said that faith is beyond
question and India is a land which depicts world’s greatest story of faith
and believe. But at this very land, questions are being raised over the

existence of Lord Rama. But the Sri Lankan Government is trying to tell

the world that this beautiful island has been a witness to the epic
Ramayana.
The Sri Lankan Tourism Ministry claims that visitors could be mystified to
discover that several crucial locations in the epic Ramayana still exist
in that country. There are places which witnessed tears of Sita shed when
she was separated from her husband Lord Rama. There is very small pond
which is believed to be filled with tears of Sita which she shed en-route
to Lanka when Ravana forcibly took her on the Pushpak Viman. It is told
that this pond never dries up even in drought.
Similarly, unusual particles called Sita Gooli are found on the grounds
from Pussellwara to Haggala by many local farmers. It is said that is was
rice ball refused and thrown by deeply upset Sita when Ravana provided him
these rice balls as refreshment. Villagers now treat them pious which
bring prosperity and and health. The Sri Lankan Government claims that
Carbon-dating done in Japan has proved that these unusual particles are
more that 5000 years old.
There is Sita Pokara also where Sita was kept in captivity…during her
stay it was dried up and till date no vegetation grows despite surrounded
by forest all around. Sri Lanka has also places which seems to tell the
story of Hanuman who came to Ravana land to rescue Sita. There are foot
prints of small as well as big sizes which are treated as of Hanuman and
foot print size shows the immense power of transformation of Lord Hanuman.
There is a place Ussang Goda which has still burnt places of Lanka Dahan
by Hanuman.
And there is a place called Yudagannawa, now a wildlife sanctuary which
was the battle ground and witnessed famous Ram-Ravan battle and it is said
no vegetation ever grows at the spot which saw the destruction. It could
be said faith and fact merge but in the end it’s a question of faith . 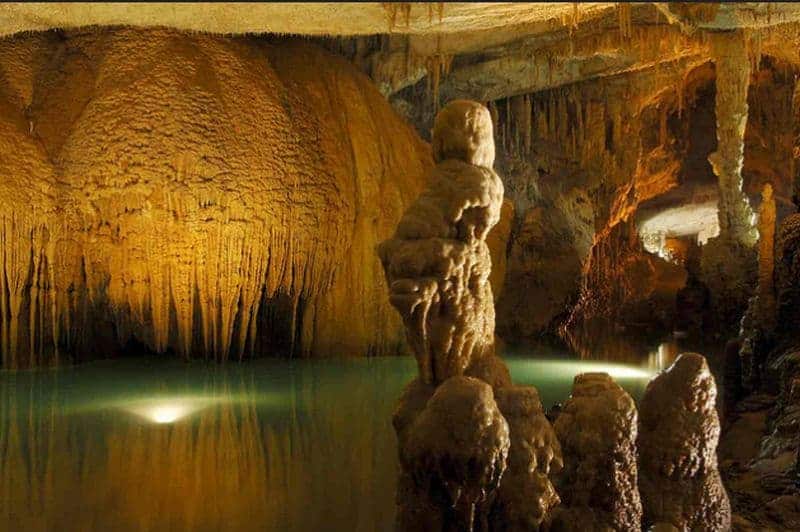 My Trip to Jeita Grotto, Jordan – A graphic revelation  – By Dr Prem Jagyasi