So far as the Hindu myth goes there lived a young woman Hemavati of enchanting beauty. She was the native of Benaras a holy city in ancient India which now has been named Varanasi. Based upon the events spun around the life of this angelic beauty the legendary temples of Khajuraho have been constructed.

This young lass of ravishing beauty was having a dip in a pool at the vicinity of her residence under an equally enthralling moonlit sky. She was so pretty that her beauty cast a hypnotic charm. Fascinated by her killing gorgeousness the moon god desired to come into unification with this pretty young woman. The divine entity landed on earth and announced his presence to the beautiful Hemavati. They had an intensely passionate relationship. The consequent was obvious. Hemavati became pregnant.

This outcome loaded the woman with worry regarding the future of the child and her fate. She would not let her lover go without seeking a solution to the burning issue that had been plaguing her for the illicit relationship. However, divine entities are a breed apart! The moon god did not show irresponsibility for he assured the virgin mother that her son would one day become the foremost monarch of a place called Khajuraho. This place had an abundance of khajur trees (date palms), which was a far off place from Benares the place from where Hemavati hailed originally.

Prophesy of the moon god materialized, and Hemavati’s male child grew up to a man of immense physical strength. The boy named Chandravarman turned valiant and radiant as was the Moon god who sired him. Legend goes that at the age of 16 this wonder boy could combat and slay ferocious lions and tigers by the stroke of his bare hands. Hemavati was elated at his son’s exploits and summoned the moon god who anointed the youth as Khajuraho’s Monarch. Chandravarman was invincible in wars and started erecting the erotic temples which purified his mother from the blemish she was carrying. 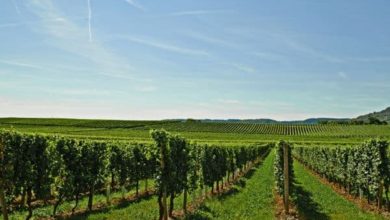 Their feet have seen the world – An incredible photo collection!