What are the Top Must Read Books For Men?

There are books that you read, and there are books that change your life. The list compiled below is an indication of some of the best books to read. From an infinite list of books, these 10 are ones that have defined generations and inspired countless authors. Some are a basis of what it is to be a man in today’s culture; to face fears and fight through them, to fight for justice and what is right, embracing the leader in us and leading a life of integrity. Men everywhere, we give you, 10 Books Every Man Must Read.

Apart from these books, we have compiled a list of amazing reads for women who wish to grab a novel with prominent female characters or written by female authors. 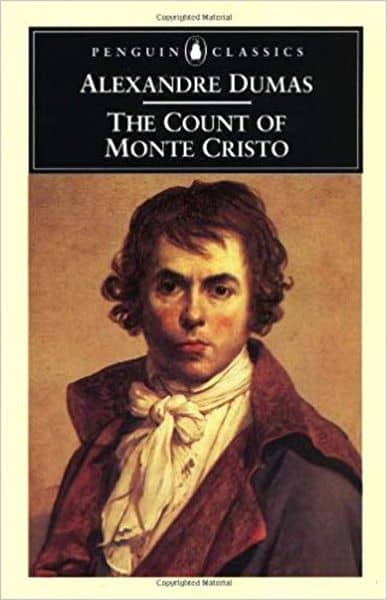 The epic adventure of Edmond Dantès and how he spent 14 years in a dungeon for a crime he didn’t commit, will keep you hooked to the point where your friends and family will be concerned for your well-being. This story takes you through the journey of Edmond Dante, the boy growing up to become The Count Of Monte Cristo. 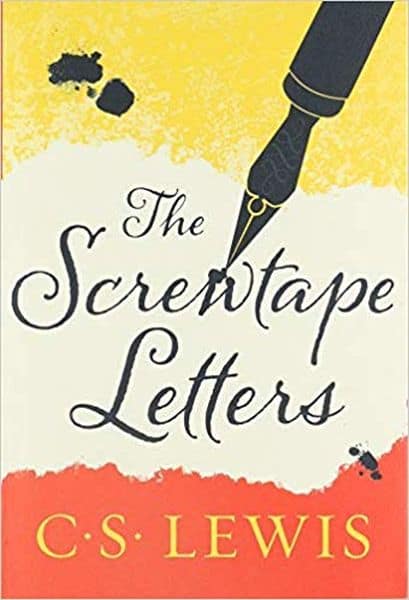 The Screwtape Letters is an utterly original book by C. S. Lewis, writer of the Chronicles of Narnia. This book is told from only one perspective, that of the demon Screwtape who writes letters to his novice nephew Wormwood instructing him on how to tempt and corrupt a human soul. This short book (just over 200 pages) is not like any other you will read. 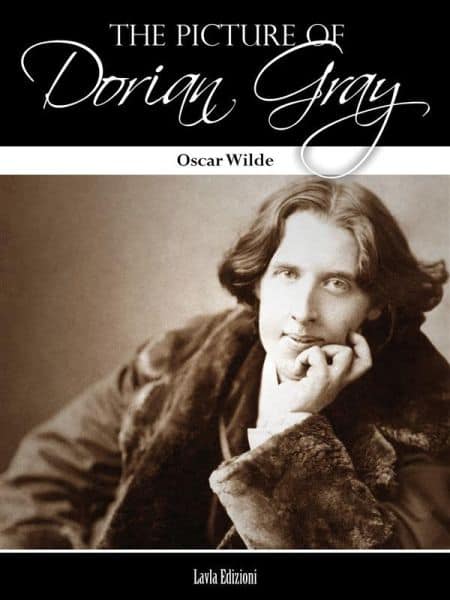 A great book about the dangers of holding on to vanity and pride, The Picture of Dorian Gray is a remarkable book filled with moments of great self-reflection, we see Dorian Grey go on a sensual quest and the outcome of that is the final twist in the book. 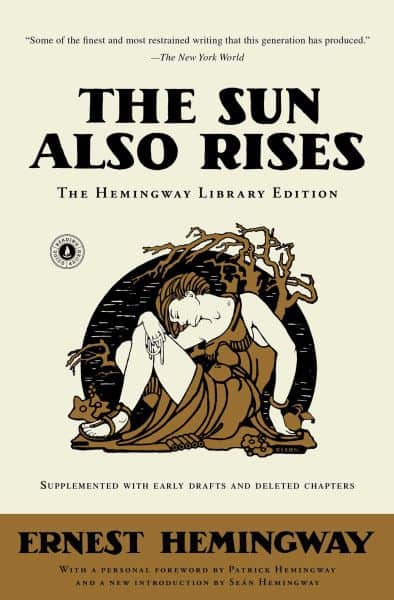 One of his most autobiographical books, Ernest Hemingway tells the story of the lost generation after World War I. It follows a group of friends through the night – life of Paris and the bull-fighting rings of Spain. One if his masterpiece works, the Sun Also Rises is a great read for everyone who wants to experience living a life of unfulfilled dreams and unrealized love. 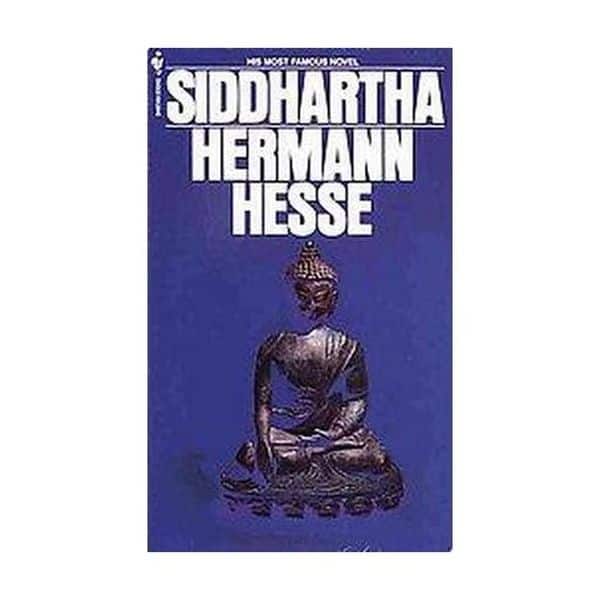 A spiritual book bases loosely on the life of Buddha (check 10 Life Changing Quotes by Buddha here) , Siddhartha tells the story of a Brahmins journey in search of ultimate reality. This beautifully simple book has touched millions with its integration of Eastern and Western mythology and philosophy. Along with Damien, this book is a must read for any Herman Hesse fan or anyone interested in Buddhism philosophy.

We Recommend the Amazon Kindle as the best e-book reader 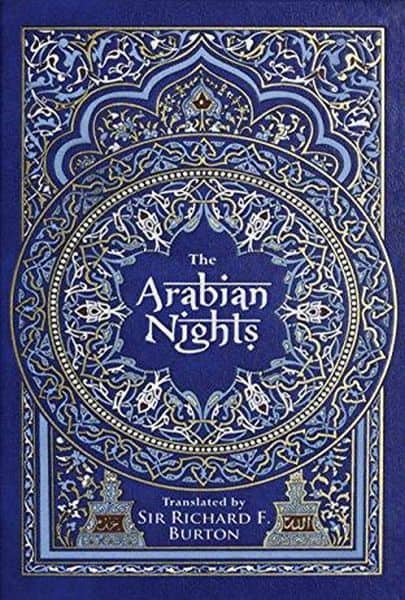 The Arabian Nights is considered to be one of the greatest classic and historical texts of all time. The work was collected over many centuries by various authors, translators, and scholars across West, Central, South Asia and North Africa. The tales themselves trace their roots back to ancient and medieval Arabic, Persian, Indian, Egyptian and Mesopotamian folklore and literature. This classic piece of literature includes some of the most well-known stories such as Ali Baba and The Forty Theives, Alladin, and Sinbad the Sailor. 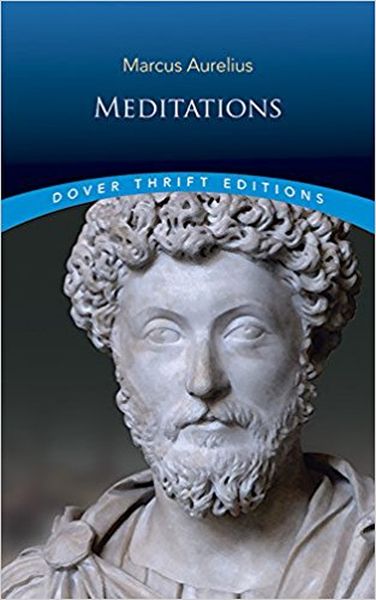 Meditations, written by Roman Emperor Marcus Aurelius for himself as a source of his own guidance and self-improvement. They illustrate how the emperor struggled to understand himself and the universe but offered a stoic philosophy as the solution to his internal struggles. A great insight into the mind of such a powerful man. 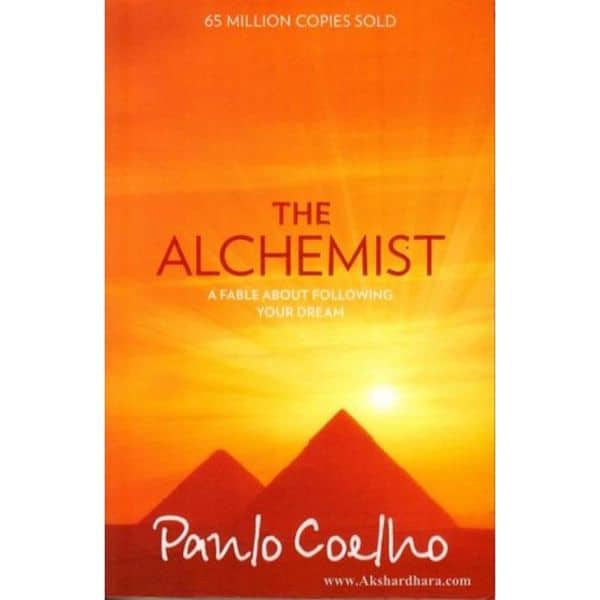 The story of Santiago, the young shepherds journey from Spain to the Egyptian desert in search of The Alchemist highlights the notion of everyone’s personal legend. Your Personal Legend “is what you have always wanted to accomplish. Everyone, when they are young, knows what their Personal Legend is”. After over 30 Million copies sold, The Alchemist has become one of the best-selling books in history. 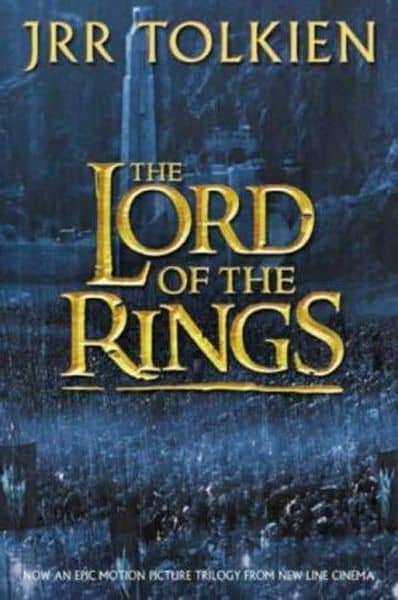 Calling Tolkiens Trilogy and epic masterpiece would be an understatement. At over 150 million copies sold worldwide, the story of Frodo Baggins and his companions journey into the shadows of the dark lord to save the world is filled with adventure and courage. The Lord of The Rings is an extraordinary work and if you haven’t seen the movies yet, make sure you read the book first. 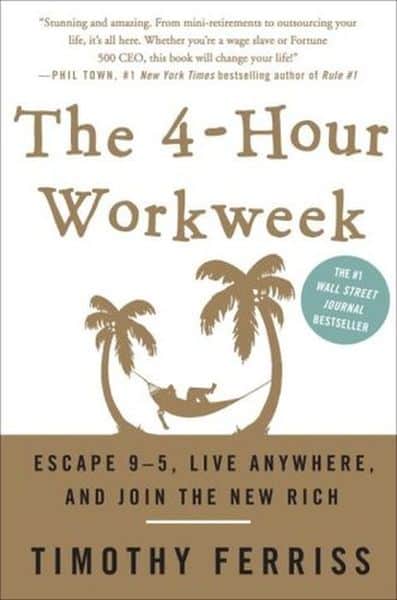 With the slogan of Escape 9-5, Live Anywhere, and Join the New Rich, The 4-Hour Workweek tells us to forget about the old-fashioned notion of the retirement plan and deferred living. There is no need to wait and in unstable economic times, we have to change the way we work and live. Whether your dream is escaping the rat race, experiencing high-end world travel, earning a monthly five-figure income with zero management, or just living more and working less, The 4-Hour Workweek is the blueprint.

10 Books Every Woman Must Read 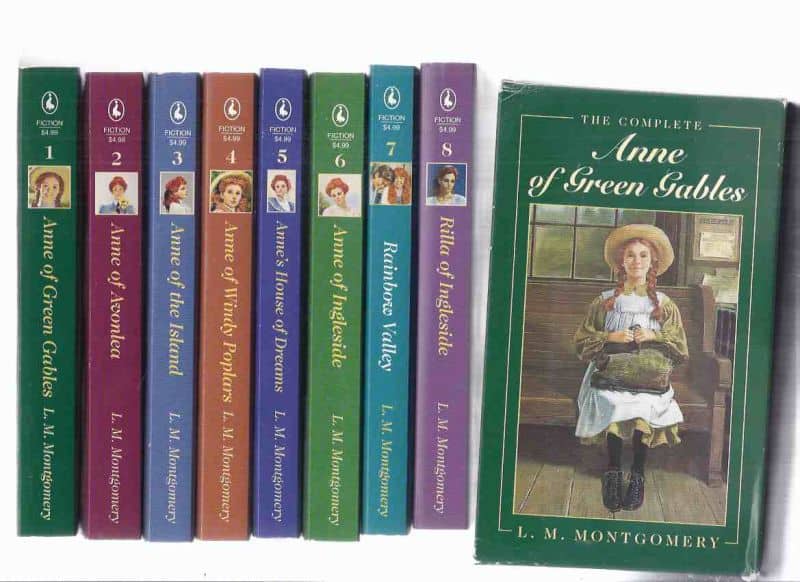 The Anne of Green Gables series is one of the most unforgettable, and one of the most enjoyable, series of all children’s literature. This series chronicles the life and times of Anne Shirley. Favorites for nearly 100 years, these classic novels follow the adventures of the spirited redhead Anne Shirley, who comes to stay at Green Gables and wins the hearts of everyone she meets. 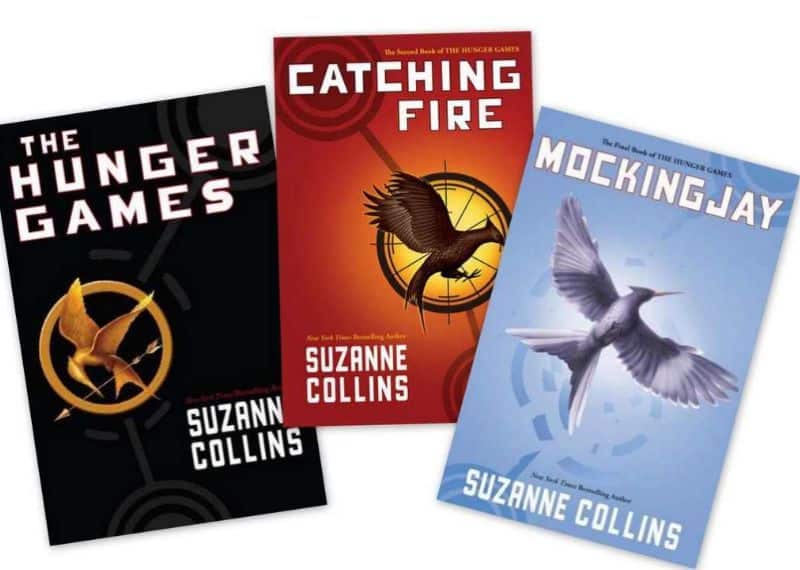 The Hunger Games is a science fiction novel by the American writer Suzanne Collins. It’s written in the voice of 16-year-old Katniss Everdeen, who lives in the post-apocalyptic nation of Panem in North America.

3. A Tree Grows in Brooklyn by Smith, Betty 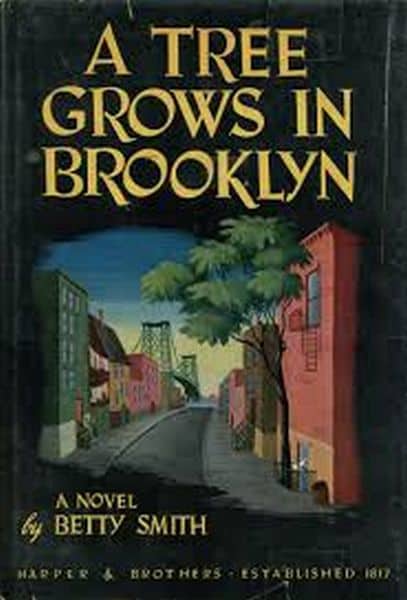 The American classic about a young girl’s coming-of-age at the turn of the century. Betty Smith takes you along for a wonderful story-filled walk in Brooklyn in the early 20th century. She introduces the smells of old Brooklyn, the noise, the joys and sorrows of being in a poverty-stricken family ~~ the hopes and dreams of the immigrants that left the old country because there was nothing there for them. 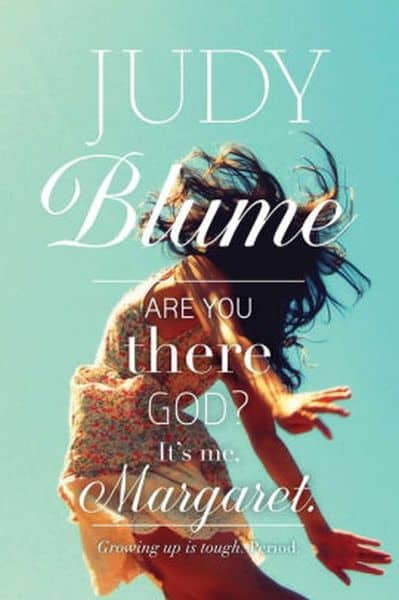 Margaret Simon, almost twelve, has just moved from New York City to the suburbs, and she’s anxious to fit in with her new friends. When she’s asked to join a secret club she jumps at the chance. But when the girls start talking about boys, bras, and getting their first periods, Margaret starts to wonder if she’s normal. There are some things about growing up that are hard for her to talk about, even with her friends. Lucky for Margaret, she’s got someone else to confide in . . . someone who always listens. 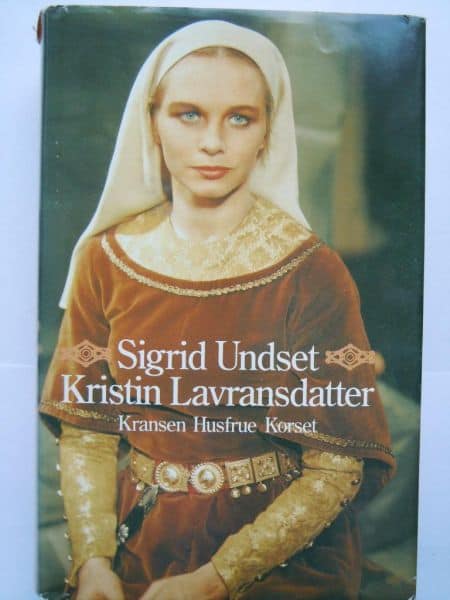 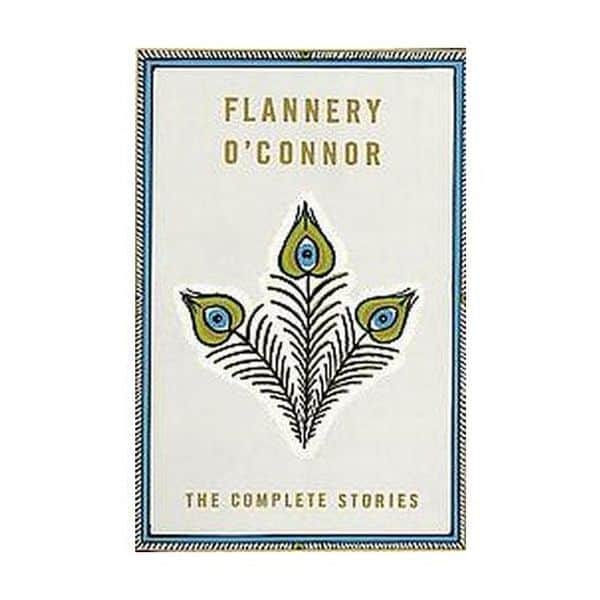 O’Connor, a delicate Southern Catholic who lived a third of her life ravaged by lupus, was certainly acquainted with pain. Her stories reveal this much. A great many people are familiar with Flannery O’Connor, and she is universally regarded as one of the best American short story writers. 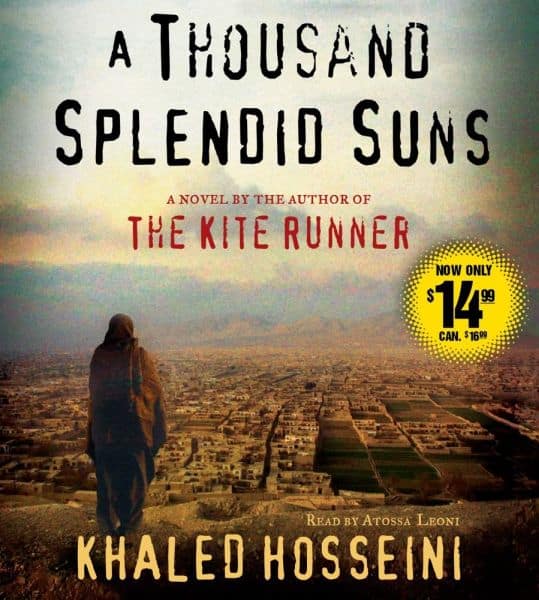 A Thousand Splendid Suns is a breathtaking story set against the volatile events of Afghanistan’s last thirty years—from the Soviet invasion to the reign of the Taliban to post-Taliban rebuilding—that puts the violence, fear, hope, and faith of this country in intimate, human terms. It is a tale of two women in the sweep of war. 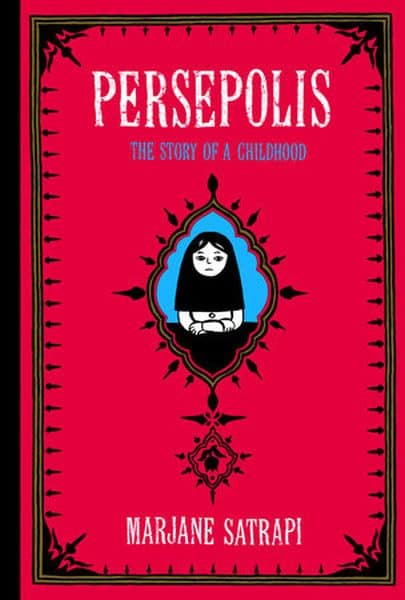 Wise, funny, and heartbreaking, Persepolis is Marjane Satrapi’s memoir of growing up in Iran during the Islamic Revolution. In powerful black-and-white comic strip images, Satrapi tells the story of her life in Tehran from ages six to fourteen, years that saw the overthrow of the Shah’s regime, the triumph of the Islamic Revolution, and the devastating effects of war with Iraq.

9. A Wrinkle in Time – Madeleine L’Engle 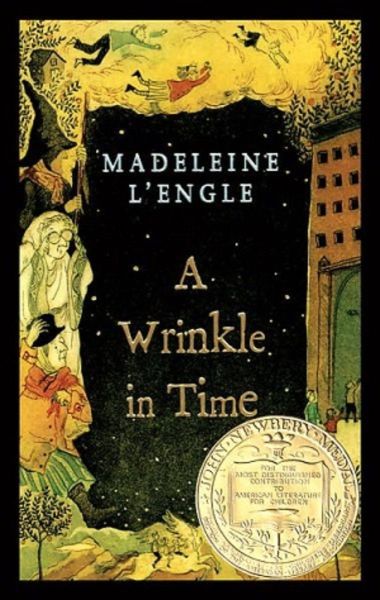 This is a children’s book, but it isn’t just an adventure story. It has science-fiction; The Drs. Murray, parents of Meg, Charles Wallace and the twins) are scientists who are researching Time and Space. Dr. Murray takes a time trip and so do the kids. 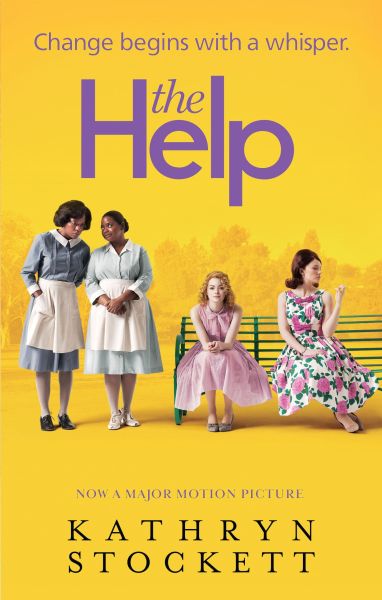 The Help is about a young white woman in the early 1960s in Mississippi who becomes interested in the plight of the black ladies’ maids that every family has worked for them. She writes their stories about mistreatment, abuse, and heartbreaks of working in white families’ homes, all just before the Civil Rights revolution. That is the story in a nutshell – but it is so much more than just stories.

For some more good recommendations, check out the following lists on the Huffington Post and Flavorwire.

How to deal with a narcissist in court