Peter’s passion to drive fast gave him the energy to carry on, he was not bothered about fine or cops. “It makes me feel alive. I feel as if I am flying high without wings and there is nothing that could bring me down. Let me feel it again. ” he always said whenever someone asked him to slow down. His wife and two kids were always worried about him since they knew he was simply unstoppable.

One day he left his house to meet his club members in a nearby restaurant and was driving fast as always. A few minute later he noticed that a cop was following his car. He drove fast but the cop was fast enough to overtake him. The cop pulled over right in front of him. He asked Peter to come out of his car and said, “Did you even realize how fast you were driving?” 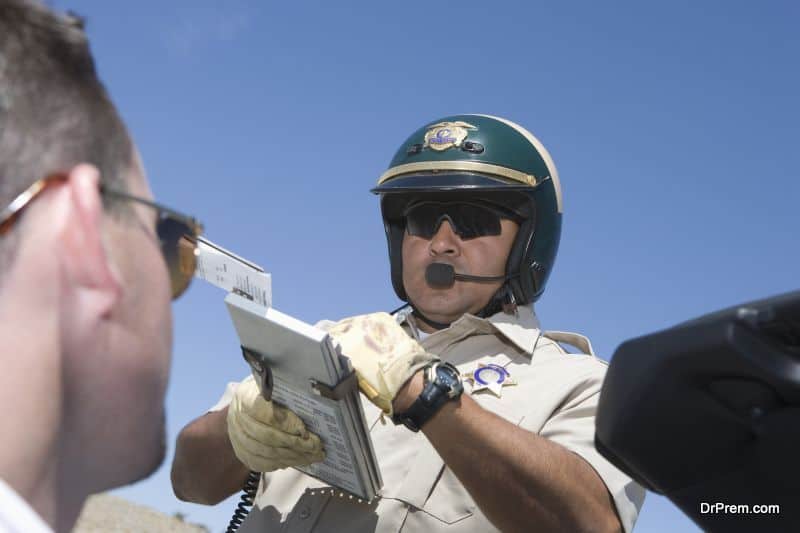 Peter was least worried about the fine since he already had quite a few similar experiences. The cop thought for a moment, took out a small diary from his back pocket and wrote something on it. Peter knew what was going to happen, he took it easy. A few seconds later the cop handed over the small piece of paper to him and took off.

Peter could not understand anything until he read it. It said, “A few days ago I lost my only daughter in a road accident. The car driver was driving quite fast and he lost control. My daughter was only four year old. The car driver came back home after a few month after completing his term but I am still waiting to meet my daughter. I couldn’t even hug her the last time. You must drive carefully since I don’t want anyone else to go through the pain that I have gone through. ”

Peter had tears in his eyes, as he had never given it a serious thought. He turned around but the cop had already left.