The first thing to know about Scorpios is that they are unlike any other astrological sign. They are very intense and deep people. If you are willing to deal with a scorpio then you are sure to have a very loyal friend. Here are some ways to deal with a Scorpio.

Their strengths and weaknesses

Learn about the Scorpioâs strengths and weaknesses. Their strengths are being dynamic, resourceful, passionate, loyal, observant and independent. They never give up on what they have set their mind upon. They also prefer being in control in certain situations. To deal effectively with a Scorpio you should give him/her control wherever possible. Scorpios are born leaders though most of them do not realize that early. The leadership slowly blossoms, like a rose. Great deeds have been achieved under a scorpio leadership. They will also ensure that every task they do or undertake is perfect in outcome. Yes, they are perfectionists to their very core. You should also not tell them that they are incapable of doing something as that might hurt their ego. Their weaknesses are being suspicious, jealous, manipulative, obsessive and being unyielding.

Always understand that a Scorpio will always be in a dominant position that will greatly impact society or individuals. A scorpio will be exceptionally good with money, both having the capability to make it and save it. He will also remain secretive of his power and property. He/She will do so to ensure that no one tries to gain the upper hand on him/her. Secrecy is an in born quality of all carriers of this zodiac sign. They are good both at keeping secrets and guarding their own. You can trust that if you have a secret with a scorpio, they will keep it safe. They will go to any lengths to prevent people from snooping in their affairs or anyone close to them. As an individual you must always be ready to accept this trait of a scorpio.

Always remember that a scorpio is a mixture of extremes. There is no definable halfway mark. The Scorpio can be jealous and possessive. But that is made up for with loyalty. A scorpio will never forget something what someone has done to him/her, be it betrayal or an act of kindness. He/she will try to return the gesture as well. If someone has betrayed him/her, he/she will seek revenge. If someone has been kind to him/her, he/she will do his/her best to return the favor. Honesty is mandatory with a scorpio because if you’re not it will be revealed sooner or later. A Scorpio is demanding in all relationships, but the end result is worth it.

Get your mental faculties working

Do try not to get offended by a scorpioâs sense of humor. Their sense of humor can be shocking at times but it is very truthful. They often joke about things that most people dare not say aloud. To be precise, a scorpio will always say things which other people are not willing to voice. They are also very determined. If one way does not work, the scorpio will always look for another. He/she will ensure that the goal is reached any way. A scorpio will always make sure that his/her point gets across. They back their statements with solid facts and arguments. Debate is their strong point as they are also very manipulative. Be wary of immoral scorpios as they tend to get what they want via manipulation.

A scorpio always has the fear of failure. He/she will not show it but it is undeniably there. If failure is met with, the scorpio will act as if nothing has happened and will move on. However, do not assume that he/she is over it. It is just a rouse as the failure has affected the scorpio deeply, but they will not show any sign of weakness. A scorpio will always put up a strong exterior even when his/her interiors are being wrenched apart. They are intense creatures who are quite moved by emotions. When they are happy, they are joyous. When they are sad, they mourn days at end. Scorpios believe that their lives have a deep purpose which means that they are extremely dedicated to whatever they do. They are also quick to learn and highly intuitive. This means that they figure out people quite quickly. So stay away from pretence when dealing with a scorpio.

Is fear taking control over your life?

Is fear taking control over your life?

How to deal with a narcissistic mother in law

How to deal with a selfish boyfriend 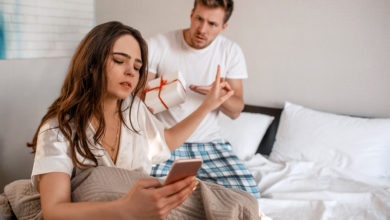 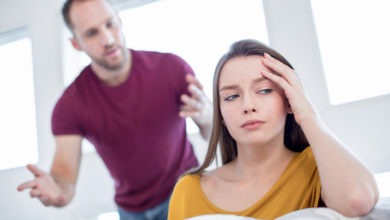